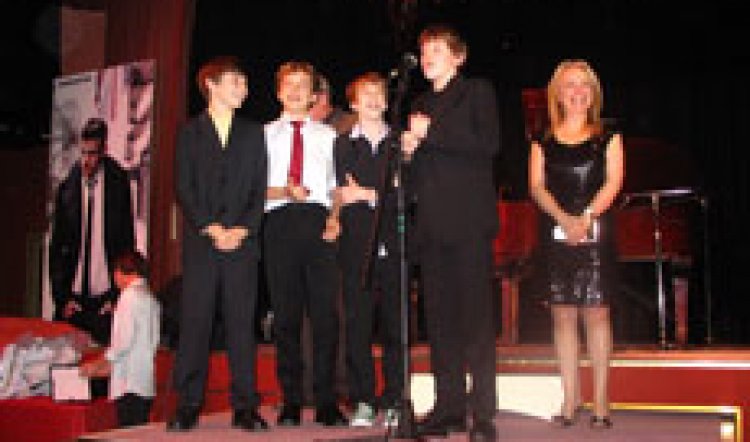 The Paddington RSL was glitzier and more glamorous than the Golden Globes when playing host to the Sydney Theatre Awards’ “night of nights” (SMH) on the evening of January 21.

The cameras were out in force - for Cate Blanchett, of course - but it was an evening that was about so much more than empty celebrity. As her stoical and generous presence affirmed. Given that she’s a down-to-earth, normal human being who just happens to be one of the best actors Australia has ever produced, she puts on an extraordinary performance every time she ventures out of doors.

Because she does it with such grace and style, however, few would realise how difficult it must be to have cameras and eyes unrelentingly trained on your every move, every moment. Next year we should probably make a special gift to Cate - the Ginger Rogers Award. (Ginger was the always gorgeous, always unruffled, always amazing dancing partner of Fred Astaire - the declared genius of the pair - but of whom it was said “Ginger did everything Fred did but backwards, in high heels and in long frocks”).

The awards brought out 300+ members of the Sydney theatre community for a low-key but warm-hearted event which is already one of the most popular in the calendar.

Best comments on the night: “Ooh it’s so much better than the Logies, all these people are so intelligent when they talk.” (A member of the public who wandered in from the pokies room.)

“I’m sorry, but I’ve already shot my load.” (Neil Armfield picking up an absentee award for Richard Roxburgh after already accepting his own – both for their work on Michael Gow’s Toy Symphony.)

”This is fantastic, thank you. I was signing on at CentreLink this afternoon and they asked me why I was dressed up. I told them I was going out … “ (Toni Scanlan illustrating the highs and lows of the life of a Best Actress award recipient – for her role in Katharine Thomson’s King Tide.

”These are my favourite awards, they’re the only ones where you can order chips while you’re waiting.” (Jay Lagai’aia for Best Children’s show Jay’s Place.

Best off-the-cuff speech of the night: my colleague The Australian’s John McCallum for his introduction to and brief resume of the work of Katherine Brisbane, recipient of the Lifetime Achievement Award. 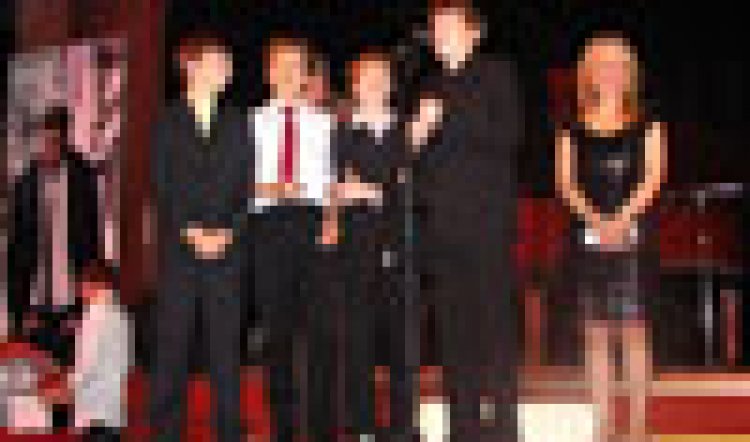 Most illuminating, generous and salutary off-the-cuff recipient’s speech of the night: Katherine Brisbane.

Most generous and unexpected contribution to the awards: Industrie, the spunky fashion house, whose owners Susie and Nick Kelly donated the bags of goodies which were given to each awardee and the night’s guest presenters.

And the awards went to …

Scroll over the pictures for captions, and click to view the larger images!