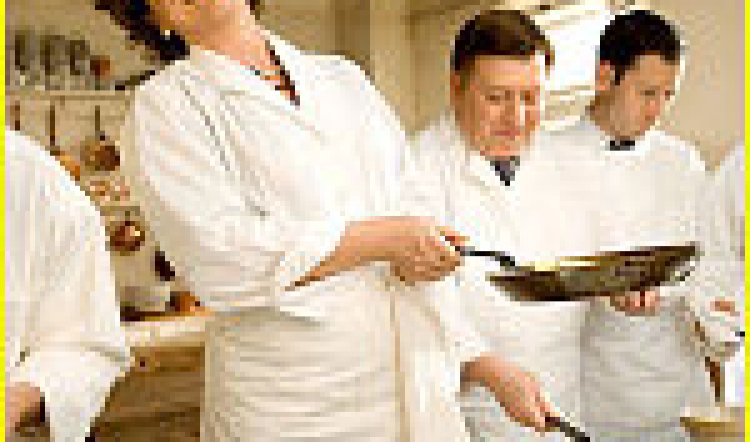 BEING nothing if not pathetically suggestible (advertisers please note) I came home from God of Carnage last week – see review here on StageNoise – and aside from enjoying Helen Thomson (in particular) and the rest of the production in general, I was totally preoccupied with the idea of Clafoutis.

Maybe it was the way Marcus Graham tucked into it: with such relish and unseemly greed; or maybe it was the way Sacha Horler discussed the making of it and Russell Dykstra maintained his righteous rage over the gobbling of it. Whatever, clafoutis was the prop and bit of business I couldn’t get out of my mind; which is why Google was invented, I guess. So:

Unsurprisingly, Google is the source of many contradictory recipes for Clafoutis. Some say make a big one, some say make individual serves. Some say it should be baked in a bain marie, others reckon it goes straight in the oven on the middle rack, as is. Most agree that a true clafoutis is made with cherries, but there is disagreement as to whether you should pit them or not. Also whether it’s clafouti or clafoutis. There is also disagreement on the number of eggs (four, two, or four plus two yolks – go figure) and there are the hand-whiskers versus the into-the-blender variants.

Reverting to the old-fashioned cookbook, Margaret Fulton is typically straightforward in her recipe and Stephanie Alexander is pretty much in agreement with the doyenne of the Australian kitchen. And then there’s Julia Child – or Meryl Streep as I now prefer to think of her. And if you haven’t been to see Julie and Julia yet, you really should. But check out the original and one and only Julia on Youtube before you go, so you’ll know Meryl isn’t making it up. She actually channels Child, especially that wonderful fruity, honking, hilariously and humanly enthusiastic voice. 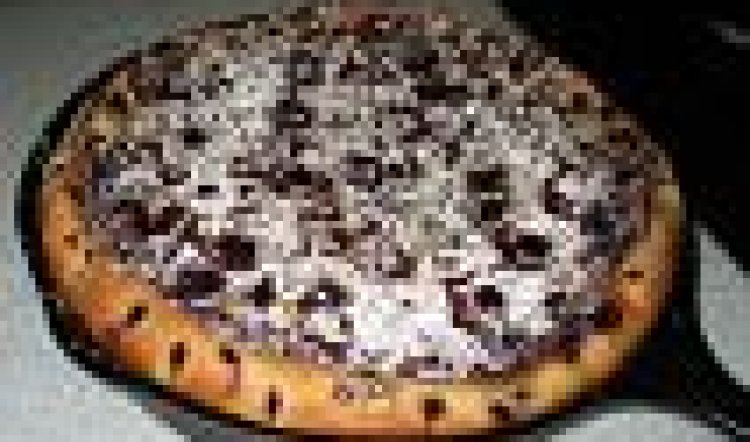 In a blender blend the milk, sugar, eggs, vanilla, salt and flour. Pour a 1/4 inch (0.6cm) layer of the batter in a buttered 7-8” (17-20cm) lightly buttered fireproof baking dish. Place in the oven until a film of batter sets in the pan. Remove from the heat and spread the cherries over the batter. Sprinkle on the 1/3 cup of sugar. Pour on the rest of the batter. Bake at 350 degrees (180C) for about 45 minutes to an hour. The clafouti is done when puffed and brown and and a knife plunged in the centre comes out clean. Sprinkle with powdered sugar, serve warm.

Personally, I think using a steel whisk is easier and more fun than bunging it all in a blender; also “powdered sugar” is icing sugar and “flour” means plain flour. The salt element is one good pinch – rather than trying to measuring 1/8 teaspoon – and if, as I did, you take it out of the oven, “plunge” in your knife or skewer and find the centre is still gluggy, don’t risk burning the lovely puffed up edges and deflating the whole thing: pop it in the microwave for two minutes and – BONEappaTEE!!