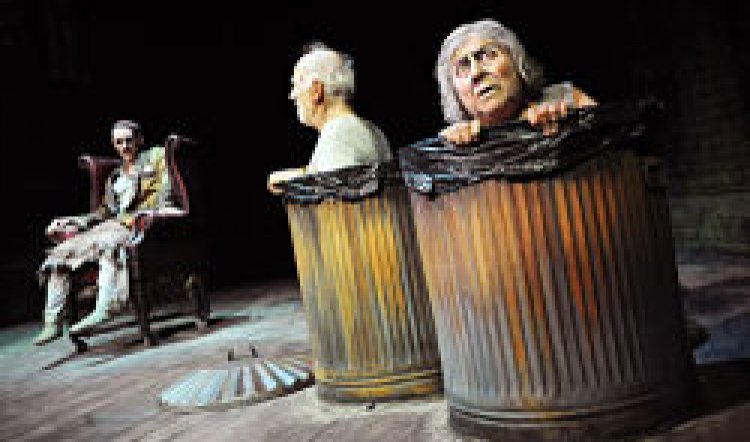 There’s a sign in neon above the Tate (not Tate Modern, the original one) that says "Everything is Going To Be Alright". It’s a cheery post-credit crunch sentiment of recovery to illuminate winter skies. Certainly the mood in theatreland seems upbeat, with good houses across the West End and the rest of the city for new work, new productions, musicals and all sorts of hybrids.

But my favourite bit of theatrehappens before the performance begins. In avery classy coup, the Royal Festival Hall hired Sir Ian McKellen to make its announcement to patrons about switching off mobile phones. His rich, resonant tones brook no dispute – you don’t argue with Gandalf, do you? In thesubsequent concert I attended, no rogue bleeps were heard. So there you go: maybe Cate should do the same at the STC or Geoffrey Rush could do it for Belvoir or the Opera House?

The first show I went to was Enron, by Lucy Prebble. She wrote it when she was 28, which is rather sickening. It’s directed bythe UK’s current fave wunderkind Rupert Goold, whose production of Pirandello’s Six Characters in Search of An Author comes to Sydney Festival in January. He’s something of a showman with a love of flamboyant visuals and a muscular, physical, choreographic sense of staging, which is why he’s been roped in to musicals (Oliver) and opera (a controversial Turandot at ENO that has had very harsh reviews).

Goold is stretched very thin right now. Attempts to meet him for Stagenoise have been rescheduled, aborted and converted into a phone call sometime soon – watch this space. He is not coming to Sydney with his production because Enron is transferring to the West End and probably Broadway, as part of a new genre – plays about money and the financial collapse. They will be with us for some time, one knowledgeable insider predicts. Personally, I'm done with David Hare’sjournalism as theatre. I think it’s a lazy, knee-jerk rushed way of creating plays by producers desperate for relevance and keen on a fast buck – as satisfying as instant noodles.

Enron was dazzling, especially in the first half, when the production really struts its stuff in a pacy, razzle dazzle display of quick scenes, including danced interludes where the floor traders on Wall Street do their sign language thing at fast and furious pace. while their bodies are covered in neon numbers as stocks rise and fall. Despite aclever light sabre dance to illustrate the California electricity grid scam, and some Jurassic monsters who are meant to gobble up debt roaming the stage with red-eyed menace, the play runs out of puff in the second half. This is partly because we all know the story and partly because it becomes a more conventional courtroom drama as the chief protagonists are brought to justice.

Iran into MTC director Simon Phillips at the show, taking time out from recasting the London production of Priscilla, and he seemed to feel the same: at interval we were both stunned by the wow factor, but we left feeling a bit flat.

Friends told me I had to see Beckett’s Endgame, as produced by Complicite. So off I went, and they were not wrong. Mark Rylance and Simon McBurney created so many resonances from so little. Were we watching the final addled days of an ageing addictedrock star ranting delusionally at his sidekick? Miriam Margoyles (pictured here) was the woman in the dustbin, Tom Hickey her hapless husbandshouting for his pap. It was bleak, funny, testing and compelling, utterly uncompromising and apocalyptic. Easy to swap the post-nuclear wasteland of the play when it was written for a sense of doomed and blasted planet after an ecological disaster. 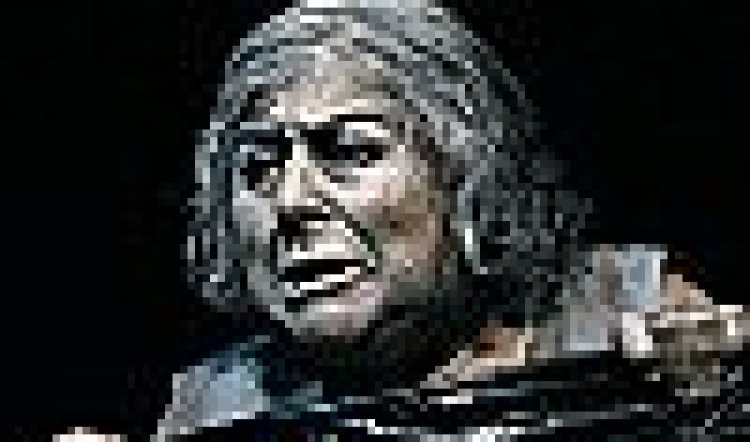 Although it’s not technically a performance but an exhibition, the Anish Kapoor show at the Royal Academy – the first time a living artist has been given the entire august suite of rooms to play with – has strongly theatrical elements. It is reeling them in and part of the show’s delight and success comes from watching children running through the works, playing. Adults are smiling and laughing too, as they see themselves distorted in bizarre mirrors that upend you one minute, and then right you but make you stick thin the next. In one room a man fires a cannon full of red wax at a wall every 20 minutes. In another, a giant slab of red wax, like a broken off lipstick, runs slowly on tracks through five gilded archways, smearing more red waxas it goes on its inexorable journey backwards and forwards through time and space, mesmerising everyone. Unapologetic, unmissable showmanship.

I scored a ticket to a dress rehearsal at Covent Garden of the rarely performed Tchaikovsky fairy tale The Tsarina’s Slippers on the proviso that I not write about it, so I can’t say much except that it's full of fun, perfect Christmas fare. And the costume designs by Tatiana Noginova are superb – courtiers' dresses printed with scenes of St Petersburg, some of the city's golden spires as headdresses. A lavish production, echoing Chagall in painted backcloths, a huge chorus, some very energetic Cossack dancers doing their version of breakdancing. It’s something we’ll never see done with such style and authenticity, because we’ll never import the Russians to do it as only they can.

A week earlier, at Covent Garden, I saw the world premiere of a new work by Royal Ballet choreo in residence, Wayne McGregor. Limen has all the usual gymnastic intricacies you would expect, executed with gorgeous fluidity by a great bunch of dancers, including the mercurially liquid Australian, Stephen McRae. But the set steals the show – an LED lightscape by Tatsuo Miyajima,through which the dancers appear and disappear as forms, shadows andshards.

London feels playful, bedecked in Christmas lights glittering along all the major shoppingboulevards, with ice rinks glowing eerily at night at Somerset House and the Natural History Museum. All in all, it’s tempting to believe the message glowing outside the Tate when there’s so much original, energetic satisfying work on show.There’s also a very fetching giant green reindeer in the Covent Garden Piazza, thumbing his red nose at Jeff Koon’s Puppy!