Michael Jackson is dead just short of his 51st birthday. It’s a tragically short life unless, like Judy Garland who died at 47, your spirit and body had already endured what she once referred to as three lifetimes – and were worn out. Stardom at the level experienced by both these great talents is toxic and both were its victims. Whatever it says on the paperwork, their deaths were caused by the lives they lived, the level of work they achieved, the mindless but addictive adulation of the public and the drugs that helped them get through it all – both the days and the nights.

Although Michael Jackson’s life and death have been likened to the King’s – Elvis Presley – Jackson hasfar more in common with Garland. Their working lives began when they were both small children, she was four when she first blew away an audience, as Baby Frances Gumm; and he was eight when he first fronted the Jackson 5. Both were lumbered with pushy parents and less talented siblings; and had to drag them all ever upwards most of their lives.

Despite the best efforts of Louis B Mayer and her mother, Garland eventually grew up to be a fabled mature interpreter of songs and a fine film actress. But she was profoundly damaged by her upbringing and in real life was quite childlike. Routinely dosed with uppers and downers as a child star – to keep her blazing 12 hours a day on-set – Garland’s prescription drugs became a lifetime’s habit; as were her tragic and desperate longing for love and affection, and the fatal lack of self confidence, all of which finally combined to destroy her.

In contrast, Jackson was a creative genius of modern pop who first stunned the world as a cute and amazing kid, went on to devise some of the most influential and brilliant moments in 20th century entertainment, but somewhere along the way, growing up became the one thing he couldn’t or wouldn’t handle. It’s not really surprising. Rock-stardom is another word for arrested development, and Hollywood stardom is yet another. The whole point of being a star is to never grow up: adolescent behaviour is de rigeur. Consequently being a Hollywood or rock idol is guaranteed to send all but the most mature and solid personalities stark raving bonkers. And unfortunately, being a rock-star or Hollywood idol often attracts those least able to cope with it: if they’re not cracked before they make it, it’s not long before the descent into madness begins.

For some it’s as mild as leaping ego-mania (Tom Cruise for instance), while at the other end of the lollipop is a truly nasty crazy such as Phil Spector. For others it’s the living reality of Brecht’s observation of 60 years ago, when he saw his friend Peter Lorre failing to make the grade in Hollywood and taking to heroin: heaven and hell are the same place – the only difference is success or failure. What Brecht did not foresee, however, is the hell of modern “success”. It’s the one where multi-million dollar paydays are routine and crazed celebrity worship is a given; and where a boy can be dubbed “the King of Pop” and, without a decent education, grounding relatives and friends, with only sycophants, losers and leeches for company; and without any grasp on everyday reality, the idea of kingship begins visibly to take hold. The King begins to behave like one of those fairy-tale monarchs who inhabit castles and play dress-ups. In other words, a citizen of Neverland.

Jackson’s penchant for risible Ruritanian military outfits was painful enough; but what was really excruciating was that no one – from his entourage, his advisers or even the President of the United States – was willing to say, “Michael, dear, you’re a grown-up, wear that gear on stage if you must, but please don’t expect us to take you seriously if you come to tea in lamè, gold frogging and epaulettes. And what’s with the glove? You look ridiculous.”

As any smart and willful four-year-old will tell you: if you let me get away with it, I will! And I will think up ever more obnoxious and silly pranks, just to see how much further you’ll let me go.” And that’s pretty much the trajectory of Michael Jackson’s life. He was out on a limb on the way to god-knows-where and neither reality nor ordinary human behaviour could reach him. He thought he was Peter Pan and could fly; he thought he was Invincible (2001) although the sales should have told him otherwise. Grubby Bob Geldof said “When his feet move, you can see God dancing.” Loony 78-year-old Liz Taylor said he was her closest friend, and he gave her a whacking great diamond in gratitude. Oprah Winfrey nodded and smiled at both of them, when she should have been calling an ambulance. And on and on he went, further and further out there. Wherever there was. But nobody knew and nobody stopped him. So now he’s dead.

Sadly, it was probably a very good career move. After more than 10 years of wacko-ness, unpleasant court cases and apparently failing fortunes, he was about to embark on a comeback tour, beginning in London with 50 concerts already sold out. Had anyone stopped to think any further than the $100 million in advance ticket sales? Probably not, why would you. Does anyone seriously think he would have made it through a single gig, let alone 50? 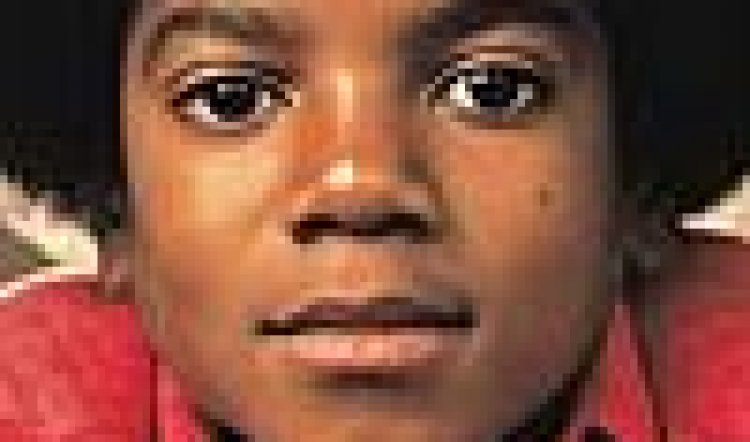 Michael Jackson was blessed and cursed> with having created dance videos so path breaking and so indelible that anything he’s done since has paled by comparison. More than that, he was middle-aged – officially – and in reality, in Garland-style years, much older. He had been slurping quantities of prescription drugs for years and probably had sufficient physical stamina and mental strength to slip into admiral’s No.1 dress uniform and get onto a London-bound plane. But not much further. Even if he did, unless he managed the unimaginable and reinvented himself yet again, this lurid Peter Pan couldn’t seriously have been considering the moonwalking, crotch clutching, pelvic-thrusting choreography of his youth. Could he? Well maybe. He had turned himself from a black boy to a white androgyne, so anything could have been possible.

Within his limited imagination, Elvis reinvented his stage persona several times, but there was nowhere to go after the rhinestone and white leather-clad, caped and sweating barrel of lard that was the final image. Finally, death became him and – from a financial, monetary and memory point of view – it was a brilliant reinvention. His fading fortune and ever-more tawdry live act were both arrested mid-totter and the former was turned around while the latter never got any worse. Unfortunately for Michael Jackson, however, there is a missing factor that means this may not happen to his legacy: he doesn’t have Priscilla Presley to take charge. She, you may recall, swept aside the good ol’ boys and white trash rels and took the reins of the crumbling TCB empire, in the name of daughter Lisa-Marie. And boy, did Priscilla drive that thing. Thirty-something years after his death Elvis is richer than he ever was when alive.

Back at Neverland, the “family” is already lining up to grab and gnaw the financial and asset bones of Michael Jackson. His ex-“wife” and “mother” of two of his “children” is jetting in and the sound of lawyers salivating is already nauseating. And there is no obvious Priscilla Presley – her daughter Lisa-Marie may have “married” Jackson and has inherited her dad’s sultry looks; but not her mother’s nous, it seems. Yet if one of the Jackson clan can rise above the snapping, snarling pack of human hyenas, it’s possible that, like Elvis, Michael Jackson could be better off dead.

The boy Michael (pick an age, any age) was a true phenomenon. Just 11 when he scored his first hit with the Jackson 5 he went solo at age13. During a 30-year career he had 13 No1 singles in the USA; won 13 Grammys and sold more than 750 million records worldwide. Thriller sold more than 45 million copies and is possibly the most famous collection of singles and video hits ever. The back catalogue and current post-death sales of his music is stratospheric in dollar terms.

But for Michael Jackson it wasn’t enough and it was also too much. He was in the Rock Hall of Fame twice (as himself and as the kid star of the group) but, like Judy Garland and Elvis before him, the awards and dollars didn’t keep you warm and cosy after the fans had gone home. In reality fame didn’t do much for a man-boy whose idea of company was Bubbles the chimp, a private zoo and funpark and cuddling up at night with another boy, or boys, to tell stories and sing songs. And – I would put money on it – not do that much else with them, despite the discoloration noted on his penis and announced in court.

Michael Jackson was never going to grow old. In his own mind he was Peter Pan, in his body and living habits, he had one foot in the grave and the other on a banana skin. It was only a matter of time. Sadly, the weird, out-of-this-world, out of touch and out control way of life has already engulfed the next generation in the form of three apparently Caucasian children, Prince Michael 1, Paris and Blanket. How would you explain all this to an alien who happened by from another planet?