DARRYN KING, guest writer and fabulous new talent for Stagenoise, took himself to New York City to sniff the air and bring home the bacon. He writes:

Martin McDonagh’s latest work. A Behanding in Spokane, is his first play to premiere on Broadway and the first to be set in America – and something seems to have gotten lost in translation. Christopher Walken plays Carmichael, a man on a mission to relocate the left hand he lost in a mysterious incident 47 years ago. It’s a delicious, McDonagh-worthy premise, but the best one can say about the play, directed by McDonagh’s fellow Irishman John Crowley, is that it’s an enjoyable cartoon. Indeed, when the tatty curtain is drawn to reveal Walken in a black trench coat sitting in his hotel room, he looks like a Disney villain on his day off.

It’s funny, mostly thanks to Walken, whose eccentric cadence is a hilarious match for McDonagh’s dialogue. Sam Rockwell provides a fine counterpoint as the sociopath hotel receptionist – who briefly assumes the role of narrator for no good reason. There’s not much more to it than that though.

Behanding shows some initial signs of turning into a decent knockabout farce but runs out of ideas and momentum. Worse than that, it gets stuck in a rut congratulating itself on its own zaniness, like some tedious US sitcom version of McDonagh’s style: all bark and no bite. Asked about the decision to open the play on Broadway in a Playbill interview, McDonagh is quoted as saying, “There’s something really fun in the gamble … And it’s not our money.” Which may explain something.

From a play with nothing to say to a play with an awful lot to say, Race begins with a shouted instruction by one of its characters to “Sit down!” One may as well have added “Shut up and listen” to that line, since this new work often bears more resemblance to a legal studies lecture than a play.

Still, if there’s anyone who can almost get away with it, it’s David Mamet, here directing his own work. James Spader, who’s had some experience playing lawyers, plays criminal defence lawyer Lawson, the closest thing to a rounded character here, who gets all the whip-cracking one-liners and cynical truths. He is, in other words, Mamet’s mouthpiece in the play, to whom the courtroom is an arena for “competing fictions” and what happens there is “entertainment”. In the story, Lawson is one of two firm partners deciding whether to take on the case of a rich white man accused of raping a black woman.

Race has the twists, bombshells and muscular dialogue of a fine legal drama, and Spader is particularly irresistible. Ultimately though, Race – unlike Oleanna, Mamet’s take on sexual, rather than racial, politics – sees Mamet placing his provocative arguments centre-stage, leaving the story and characters to cling on for dear life.

If there’s one thing Broadway can deliver though, it’s a big musical. From the moment the curtain rises on the latest revival of West Side Story, Riff, the scrappy leader of the Jets, is staring down the audience, and music director Patrick Vaccariello is lingering moodily on the silences in between those familiar opening phrases. It’s a thrilling, “big” musical moment in one of the biggest Broadway musicals ever.

It is, of course, one of the great Broadway scores, and Jerome Robbins’ original choreography, ably reproduced here by Joey McKneely, is still as bold and angry as ever: Dance at the Gym and the fiery America, in particular, are magnificent to behold in full flight. This is a darker, grittier West Side Story than most though, with a lot of pent-up rage behind that endless finger-snapping. When a downstage chainlink fence encloses the gangs in their climactic fight, we’re reminded that there is no escape for these characters. 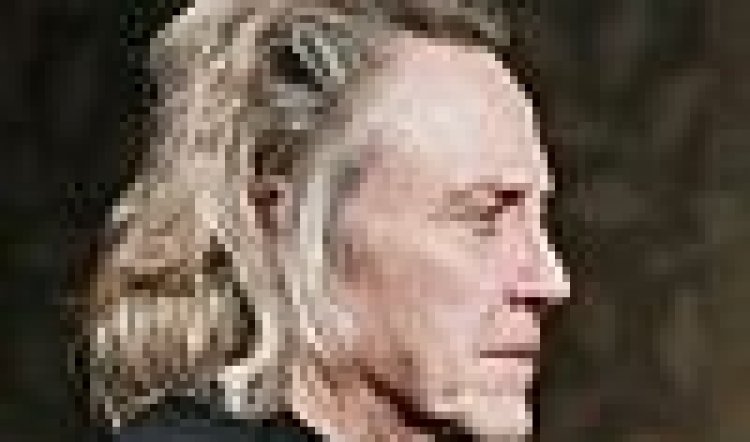 What’s specific to this new version, directed by the original book-writer Arthur Laurents himself, is the much-publicised bilingual element. This time, the Puerto Rican Sharks retain some of their native Spanish, because what better way to convey the turf war between the Jets and the Sharks than with a language barrier? It’s more captivating than alienating, so long as you’re close enough to the stage to read the body language. With the critics gone, however, there’s been an about-face, and many of the adjustments originally written about have reverted to English (‘Me Siento Hermosa’ is back into I Feel Pretty – back to the lyrics that Stephen Sondheim himself despised). It’s a disappointing compromise to make for a musical that, historically, wasn’t too concerned with being “palatable”.

After so long absorbed in the spectacle of Times Square, how nice it is to have a writer-director personally welcome you to the show himself. James Veitch greets audience members to Room #103, a small, site-specific show performed in the fabled Chelsea Hotel. He leads the audience to the room and apologises for the state in which the previous guests left it.

As a tribute to the rock’n’roll mythology of the Chelsea, Room #103 is maybe a little too “rock’n’roll”. With its opening music number, “montage” sequence and closing credits, it’s hard to shake the idea that it’s a play that desperately wants to be a TV show, and no character is allowed enough time to become more than a cardboard cut-out. With Veitch promising another theatrical visit to the Chelsea, one hopes next time he can meet his concept halfway. For now, as a piece of theatre, the show may have left some audience members wanting to steal the towels – but then, it sure beats the walking tours that frequent the place.

Finally, to Barrow Street Theater, an intimate space in the heart of Greenwich Village, where someone comes in to tell us to switch off our phones before the play commences. He is, we realise in our own time, the narrator for the evening, the all-seeing Stage Manager of Thornton Wilder’s Our Town and our guide to Grover’s Corners, circa 1901.

Michael Shannon is only the latest actor to step into the role of Stage Manager at Barrow Street, but he has the perfect wry tone for David Cromer’s unsentimental vision: no period dress, no old-timey accents and no evading the fluorescent glare of the house lights, which stay up for most of the show. This Our Town is stripped of what few embellishments Wilder specified originally (no scenery, no curtain, no props), all the better to look Death right in the eye. “You know how it is,” the Stage Manager says, picking a boot off the floor. “You’re 21 or 22 and you make some decisions; then—” (he whacks the boot on a table, hard) “—you’re 70.” These are Wilder’s words – but the brutal punctuation belongs to Cromer.

However, Cromer does upturn the minimalist aesthetic at one crucial moment. Late in Act Three, when the now-deceased Emily Gibb asks to revisit a day of her mortal life, the Stage Manager whisks aside an upstage curtain to reveal a glorious tableau: a fully-furnished kitchen, morning light streaming through dewy windows, mom cooking bacon in a frying pan. It’s a blast for the senses – the olfactory sense stirs particularly – and a wonderful, heartbreaking theatre moment. Cromer’s Our Town is eloquent proof that, in New York City, a show doesn’t need a billboard the size of a building to make an impact.