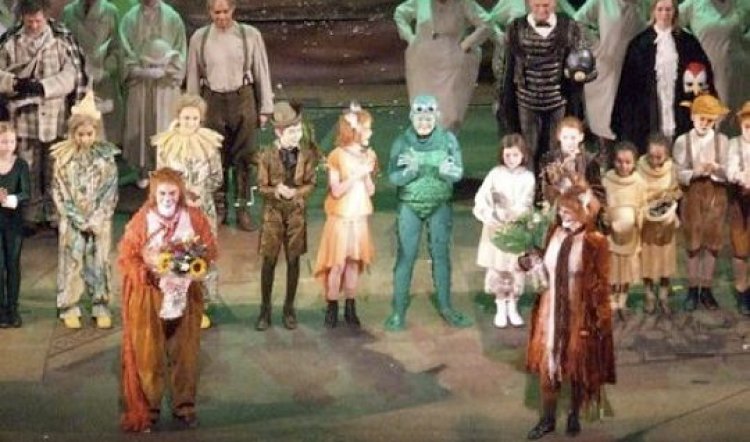 COVENT GARDEN debut at the Royal Opera House for Our Em, in Janacek’s The Cunning Little Vixen. And Sydney’s favourite soprano Emma Matthews earned huge plaudits from audiences and some great reviews – as well as a few niggles – in her role as the Vixen. The most remarkable thing is that her co-fox, English soprano Emma Bell did herself a mischief 24 hours before opening night. Understudy Elisabeth Meister took over and made a great fist of it, by all accounts. Which, of course, means that those performing with her also raised their game to the heights. So, in a nutshell, Our Emma returns home in triumph and in time to be with her lads for Easter. Here’s a cut and paste of the main comments.

Hilary Finch in the TimesOnline gives Cunning Little Vixen four stars and says of Em: “Emma Matthews offers an impressive house debut as the Vixen herself: a feisty feminist, red in tooth and claw, yet with a touching vulnerability at the core of her bright, high soprano.”

Colin Clarke on musicweb-international.com wasn’t quite so happy. He said, “Her voice was, unfortunately, a little small for the ROH (she was drowned out on several occasions), but there is no doubting her intelligence or her musicality. Her impassioned singing in the second act was by far her brightest contribution.”

Andrew Clements in The Guardian: “The vocal performances, though, are a mixed bag. Emma Matthews makes her Royal Opera debut as the Vixen; she is feisty and personable enough, but underpowered, her voice seeming a size too small for the ROH.”

But another view of that criticism came from Rupert Christiensen in The Telegraph: “Emma Matthews deservedly enjoys a front-rank reputation as a coloratura soprano in her homeland of Australia, and it was a pity that her Covent Garden debut should take place in a role which did little to show off the most impressive aspects of her voice and technique.

As the Vixen, she sometimes struggled to be heard over the heavy orchestration and neither her phenomenal flexibility nor her diamantine top register were in evidence; but by sheer force of personality she made us all fall in love with her.

“A child in the audience burst into tears when she was shot dead – no finer compliment could have been paid her performance. Can she come back soon, please, in something more vocally flattering?” 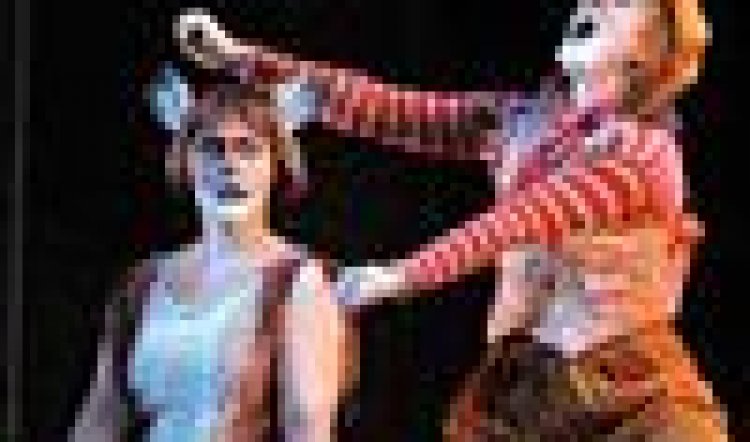 George Hall in The Stage liked Our Girl too: “there are some vital performances, especially from Emma Matthews’ lively Vixen.”

While Barry Millington in the Evening Standard, was also struck by the Vixen’s effect on the audience: “A child’s squeal of anguish from the stalls when the mischievous Vixen was finally shot by the poacher Harasta was proof that the production still has power to move. Emma Matthews was a very satisfactory Vixen.”

And from the opera blog framescourer, “In this run of performances, the Vixen is sung by Australian Emma Matthews, with whom I was unfamiliar. She's everything Janacek's Vixen should be, singing and acting hand-in-glove, a golden, present tone never obviously having to fight for space with all manner of on-stage shenanigans. Above all, she makes it sound easy, which it is not.”

Finally, Keith McDonnell on musicOMH, “As Vixen Sharp-Ears Emma Matthews certainly has the stage persona for the role but her voice is a shade on the small size for a theatre of Covent Garden's size – she projected well sounding most comfortable above the stave but when she sang in the middle of her register she struggled to be heard. She's made her mark for Opera Australia in the bel canto roles, so it would be good to hear her in that repertoire here.”