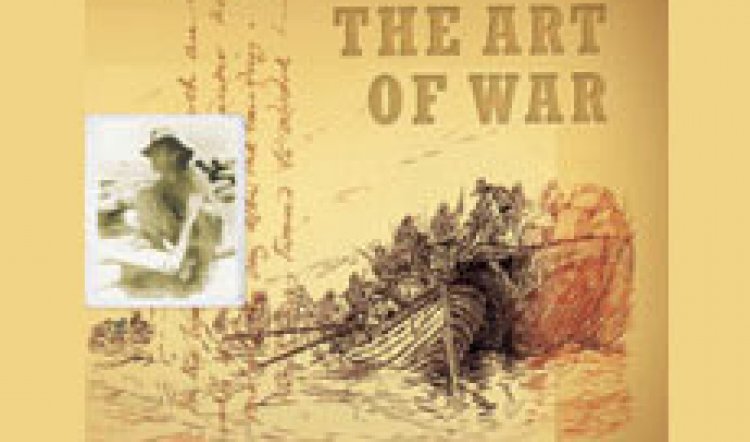 The Art of War

Betty Churcher, whose series The Art of War aired on SBS television, is without doubt the single most influential person in Australian art today.

How so? Because she has the priceless knack of being able to talk about art without being either stratospherically obscure or hole-diggingly patronising. Spending time in her company in a gallery is one of the most illuminating and exhilarating things you can do and, because of television (remember her ABC gems Take Five?), anyone who can switch on can have that privilege.

"Well I'm glad you think so," says Churcher, chuckling. "I fear I'm a little inclined to slip into lecturer mode and I always say to John (Hughes, director of the series) - don't let me start lecturing. Now and again he says to me - remember the people in the camera lense. Talk to them."

It's a good tip: Churcher's intimacy with the camera lense is total, so the viewer has the comfortable sense of being the only person privy to the secrets and surprises she finds in every drawing and canvas.

"I feel like a bloodhound," she says of the research process. "I absolutely love it, but the trouble is, I never stop. I'm still going - I've just read Manning Clark's account and I'm sure there'll be more."

The Art of War is a series in which Churcher, typically, doesn't just begin with Australia's first war artists. Instead, she goes back to iconic landscape works of the 19th century (Lambert, Heysen, Streeton and so on) to show where the young Australians who marched off so ardently to the trenches got their ideas of heroism and patriotism.

"It was gung ho pathetic stuff," says Churcher, "and they all fell for it. Not just the artists - Banjo Paterson, Lawson. It was about the times. As I say in the series, my father was one of the most enthusiastic of those recruits, yet everything about what happened appalled him. He would never talk about it."Trench warfare looms large in the art of World War I and Churcher has found and shows us drawings and sketches by "ordinary" soldiers as well as the work of the celebrated. Significantly, she also draws in the art of the other side - the German view point - through the work which artists such as George Grosz and Otto Dix began to make after the war.

"What struck me was that they could have been just across no-man's land from where my father was," says Churcher. "And when you think of that it makes sense of what came later - German Expressionism was their effort to make sense of what had happened to them and what they had seen. Grosz wrote - there was not one thing I did in the war that did not disgust me. Then, of course, that art filtered through to Australia and we see its effect on artists such as Bert Tucker and Sidney Nolan."

These links Churcher points out not only help make sense of otherwise bewildering horror but also make the very important connections across time and space, not only then, but now.

"Sharing the experience was, I think, vital to them," says Churcher, "And it's vital for us. We need to be able to understand and then there are the pictures themselves. The technical difficulties were often immense and when you know more about the circumstances - Lambert's pictures of Gallipoli, for instance - it's revelatory." 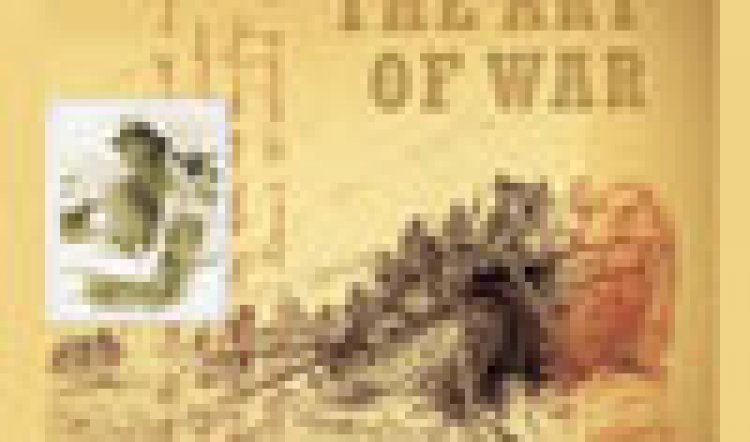 What Churcher shows and explains, in the series, are the differences between Lambert's dramatically lit Australian landscapes and his famous depictions of the Anzacs' legendary battles.

"It's all in the lighting," says Churcher. "And it all emerged during the research. It wasn't apparent to me before, but of course, he had to take into account that the landings and the battles were at dawn, when the light is very flat. So that's why you don't get any of his favourite dramatic shadows."

Churcher began to think about war artists when her son Peter was the latest to be appointed and was assigned to HMAS Kanimbla. And he features in the series although that wasn't Churcher's original intention.

"Well there was nepotism to think about," says Churcher, laughing. "I thought - you can't do your own son. So I said I thought I'd do just the first and second world wars and get round it that way. But I was convinced to do all the wars and I think it was right, although it was very odd sitting down to interview my own son!"

The interviews are an integral and highly successful part of the series because Churcher's easy and warm manner is as effective with her interviewees as it is with viewers.

"They were fascinating because I am curious to know people's stories." says Churcher. "And we did uncover some extraordinary stories. So much so that John has an idea to make a separate series of interviews because there was so much we weren't able to include. That's what I'll be working on next. That and a book. Then I think I might take down my shingle."

Let's hope not - there are too many stories of Australian art to tell and nobody like Betty Churcher is telling them.

The Art of War, SBS TV/DVD, the book of the series is published by Miegunyah Press and available in good bookshops now.