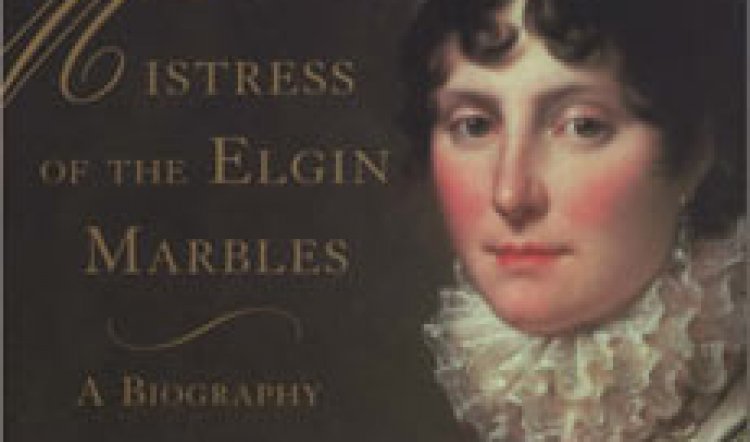 Mistress of the Elgin Marbles

Call me picky and, in these post-Norma Khouri times, call me downright suspicious, but when a supposedly serious historical biography throws up clumsy errors in the first few pages, it makes me nervous. For instance, the architect of the Elgins' Scottish country seat was not Robert Adams (sic). Rather, Archerfield was built in 1733 (when Robert Adam was barely five years old) to a design by his father William; Robert Adam was most likely responsible for refurbishing its interior years later. Similarly, the author has Nelson trashing Napoleon's fleet at Abukir and a few pages further on, at Aboukir, while trilling that "the Battle of the Nile took place at Aboukir Bay and not on the Nile", which is just plain silly.

Let's be generous and suppose these - and other clunkers - are editing oversights. Perhaps, but really not good enough in such an outwardly scholarly book which is weighty with chronology, family tree, appendix, notes, bibliography and index. And when the errors continue trippingly off the pages and are compounded by writing that careers between Cartlandesque purple ("The incomparable English fleet, with billowing sails snapping open like protective umbrellas, patrolled the Channel, poised for battle,"), and merely bewildering ("Most of the houses in Constantinople did not have fireplaces and instead burned coals during the winter") it becomes infuriating.

This is a great pity because Mary Nisbet appears not only deserving of a biography but is one of those astonishing women who should have been celebrated by the best possible biographer. Sadly, however, Nisbet's remarkable life, letters and journals have fallen into the dead hands of some sort of American academic. Nagel describes herself on the jacket flap as a "professor" at something called Marymount Manhattan College, however that institution's website lists her as a part-time lecturer in communications. More alarm bells clang at mention of a "critically acclaimed" book on playwright Jean Girardoux. Closer investigation reveals it to be a tract bearing the zippy title: "The Influence of the Novels of Jean Girardoux on the Hispanic Vanguard Novels of the 1920s-1930s". The pong of thesis-lightly-whipped into book form is instantly overpowering.

On a brighter note however, a site where this 1991 publication is listed for purchase advises: "people who bought this book also bought Where Shall Wisdom Be Found? by Harold Bloom, Cliff's Notes on (Machiavelli's) The Prince, and The Complete Idiot's Guide to Getting Your Romance Published." Make of that what you will.

Meanwhile, here is the heiress Mary Nisbet, trapped not only by a writer who can describe vast Scottish estates as "lush and ripe for golf", but also in the bed of her husband, Thomas, seventh earl of Elgin, to whom she had borne four children by her 26th birthday and fifth wedding anniversary.

Not that Elgin, for whom the Parthenon Marbles were nicknamed after their acquisition from the colonising Turks, was a bad chap or even excessively randy. He just wanted to be sure of an heir and - by her own account - they did have a good time in bed. The Elgins were, superficially at least, typical of their times and class: he needed her money and she fell in love with his dashing and romantic view of the world. Unlike many of the highborn, however, the Elgins were no fools. As ambassador to Turkey, Elgin (with the uncommonly talented, charismatic and determined Mary at his side and often leading the way) accomplished as much for Britain by diplomacy - in a time of intense social upheaval and war - as did most armies.

Mary's stature and influence in Constantinople was unrivalled by man or woman (and this part of her story is extraordinarily enthralling, despite Nagel's best efforts). As well as being adventurous and brave, Mary was also instrumental in turning the tide against the dreaded smallpox through her radical embrace of the then outlandish concept of vaccination.

Mary's story becomes even more dramatic when she and Elgin were detained in France by Napoleon on their way home from Constantinople. Despite her best efforts Mary was unable to secure Elgin's release, while she, pregnant for the fifth time, was eventually allowed to return to London in 1805 to be with her children. There she continued to lobby fiercely at court and in government for her husband's release as well as keeping up a constant flow of encouragement to him. But it was the beginning of the end for the marriage, although neither could have anticipated it.

Not unreasonably, Mary was terrified of another pregnancy after being close to death and seriously weakened after her fourth child. She wrote to her husband: "Elgin I will never have any more Bratts I cannot bear this suffering ... I would upon my word if I had my choice rather die ... Elgin say you will harken to my prayer, I am worn out ..." Two days later she gave birth, alone, to another daughter. From France, Elgin did not take her seriously, not least because their second boy William had died age two in Paris in 1804, and having just one living son made the earldom precarious (an heir and a spare - as Princess Diana knew well). Nevertheless, when Elgin was finally released he discovered his wife not only meant it, but also and even more outrageously, was unwilling to continue funding his grandiose plans to acquire more and more classical Greek artefacts. (The Married Women's Property Law was not enacted until 1882.) 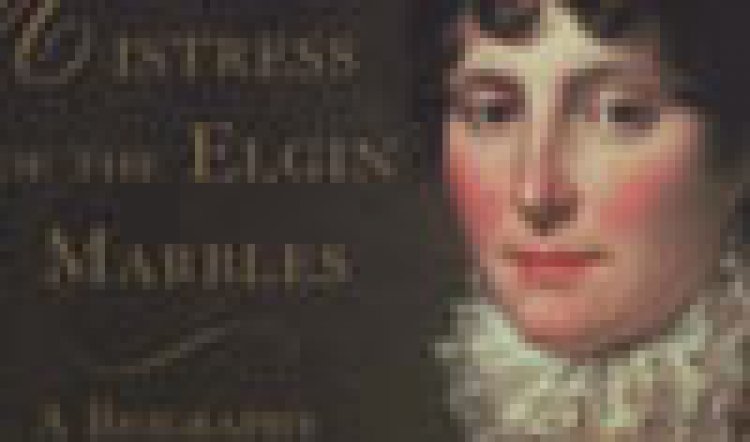 In 1807 the scandal of the age broke when Lord Elgin sued his wife for divorce citing her adultery with their mutual friend Robert Ferguson. Although it seems clear she had formed a close and affectionate friendship with Ferguson - who gave her encouragement and support throughout the travails in France and was instrumental in securing Elgin's release - it is equally clear that it was Ferguson, rather than Mary, who had fallen in love. And certainly Ferguson who wrote a fatally indiscreet letter which was inadvertently delivered to Elgin.

It was an era when divorce and adultery were terms which condemned a married woman to the living death of social ostracism. Yet, while Elgin gained custody of their children (and successfully turned them against their mother), he did not win the public relations war and Mary and Ferguson suffered amazingly little opprobrium. Following their marriage, they were soon back in society and Ferguson later became an eminent member of parliament. They lived happily and successfully until Ferguson's death in 1840 (Elgin died in 1841); Mary survived them both by some fifteen years and the Fergusons are buried together in a north London cemetery.

All this - and more - is to be found in Nagel's book, but it's a slog and always lurking in the background is the thought: how much of this can I trust? When you stumble across sophomoric statements such as: "William Hazlitt (whom Simon Schama calls 'the greatest essayist in the English language') ... " you know you're on exceedingly dodgy ground.

Antonia Fraser, where were you when Mary Nisbet needed you?

Mistress of the Elgin Marbles - a biography of Mary Nisbet, Countess of Elgin, by Susan Nagel, Wiley, $48.95

This review first appeared in The Australian