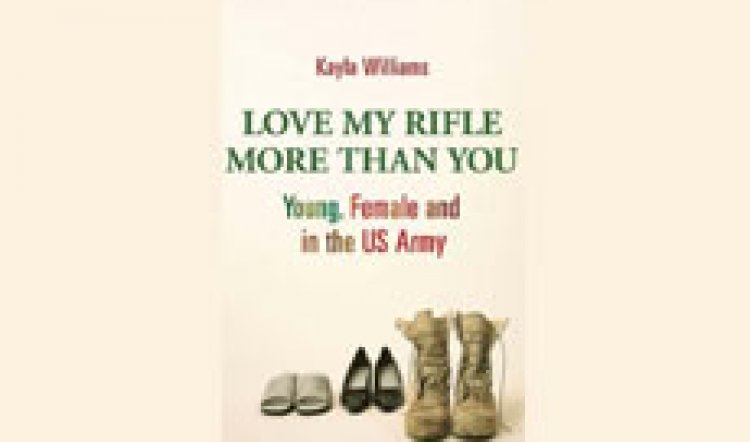 Love My Rifle More Than You

Kayla Williams began her career as an enlisted US soldier in 2000 at the age of 23. She had high hopes and ideals and spoke Arabic; from this book it’s obvious she is thoughtful, with a quick intelligence and competence. These attributes made her unusual in George W Bush’s army, even an army deployed in Iraq. By the time she received her discharge papers five years later, she had seen combat and boredom - before and after the war was officially over - had been promoted to sergeant in an intelligence unit of the fabled 101st Airborne Division and was utterly disillusioned.

Williams is not typical of the low value humanity which makes up the bulk of an army’s cannon fodder, which is why she has written the book: a rough and ready, take no prisoners, vivid account of a situation that was bound to end in tears. Not public tears, however, no suh! Williams realised very quickly that a soldier who’s also seen by the majority of her colleagues as (take your pick) a sister, a mother, a bitch or a slut cannot afford tears if she’s to survive. Even before she’s left boot camp it’s clear that “the enemy” would not necessarily be the ragheads and “hajjis” on the other side, but her own comrades in arms. Hardly surprising when the US army is 85 per cent male and most of the time those males are either bored witless or so pumped with adrenaline and terror they can’t see straight.

For Williams, the army meant the possibility of a worthwhile job for a young woman who was unemployed and had limited prospects of an interesting or exciting life. Her background was Republican middle America, but neither she nor her family were rednecks, rather, a basic liberalism prevailed. Her teenage rage was aimed at Ronald Reagan and what she saw as the classist and racist America he represented. She learnt Arabic from a Muslim boyfriend (Tariq, known as Rick) and eventually found herself driving a Humvee in convoy across the Kuwaiti border into Iraq. Back then, she still believed: that it was worthwhile, that they were there for good reason, that she and her comrades had not been lied to, cheated and hung out to dry. It didn’t last long.

"I was a punk-kid rebel," she writes of those early days. "now I'm part of the most authoritarian institution imaginable, I thought this war was probably wrong, didn’t want to go. The lies that got us there, that killed some of us, that wounded and maimed more of us: only the most messed-up-patriotic-head-up-his-ass-blind-faith-my-country-right-or-wrong soldier believed them."

Williams' style is take no prisoners, raw and readable. She describes life as a woman in a modern high-tech army with clear-eyed detail and no sentiment. She learnt how to fire an automatic weapon and grew to love it; she learnt to endure the petty tyranny of incompetent officers and did not love that. She understands only too well how Abu Ghraib happened and is only surprised those involved were stupid enough to take pictures.

She is hilariously American in her irritation at the lack of air conditioning, running water and shopping facilities - and all the other givens of the country where the pursuit of happiness and a cold Coke are paramount. Then again, she observes and strives to understand her surroundings in moments of reflective tenderness.

"Sand stretching into vastness. A harsh, stark, desolate kind of beauty. The distance clouded always by dust, dust, dust. I wondered if there were names for the different types of sand, like we have for different types of snow or rain. There was sand that was packed firmly, and that must be slogged through. And there was sand that was delicate like confectioner’s sugar or flour, so powdery you sank in and it billowed up in puffs when you stepped into it. There was fine blowing sand that misted your face lightly, and harder granulated blowing sand that stung when it hit your face." 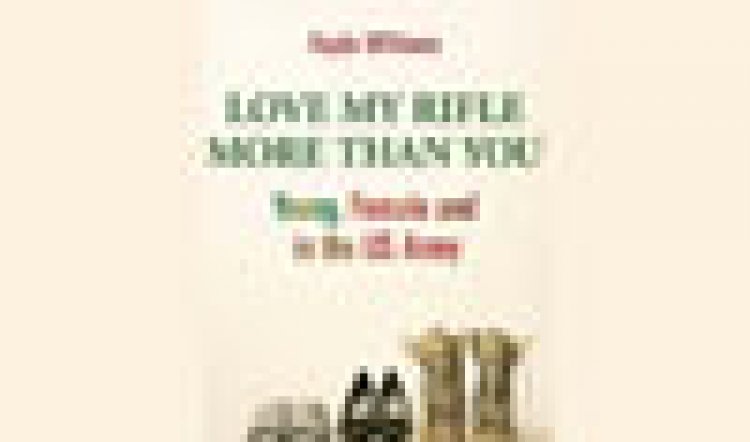 And when she wasn’t being hit on by randy soldiers, or standing watch every four hours until sick with fatigue, or trying to make sense of inane orders to avoid being killed by lack of equipment, lousy equipment or stupid deployments, Williams recognised a certain relaxing pleasure in her frontline life. She had no bills to pay, nothing to worry about - aside from possible mortar attack or roadside bombs - no social demands, no chores, no cares. It was a cocooned if sweaty, stinking, filthy existence and it was one she is proud to have endured.

She has no time at all for Lynndie England (the lowgrade patsy of Abu Ghraib) or private Jessica Lynch (the media heroine of the righteous war). She sees England as a fool and Lynch as a fake and, from this book it becomes apparent why.

Williams now lives near Washington DC and is no longer in the army whose reliance on technology on the one hand and, on the other, on an archaic hierarchical structure, makes her a shocking if predictable loss. The boyfriend (now fiance) she met in Iraq is presently her main concern: he was badly wounded and still suffering the consequences. It is no surprise but awful to learn that the US army is not fulfilling its obligations to him, which seems pretty foolish given they will now have Williams after them.

In a genre that's still - in this country at least - weirdly preoccupied with WW1, Williams’ memoir is contemporary, painfully straightforward and a breath of acid-tinged fresh air. Whether she means to or not, she also paints a bleak portrait of the United States of Bush and Rumsfeld and Co. The style is George Grosz rather than Disney and its unputdownable.

This review first published in The Australian