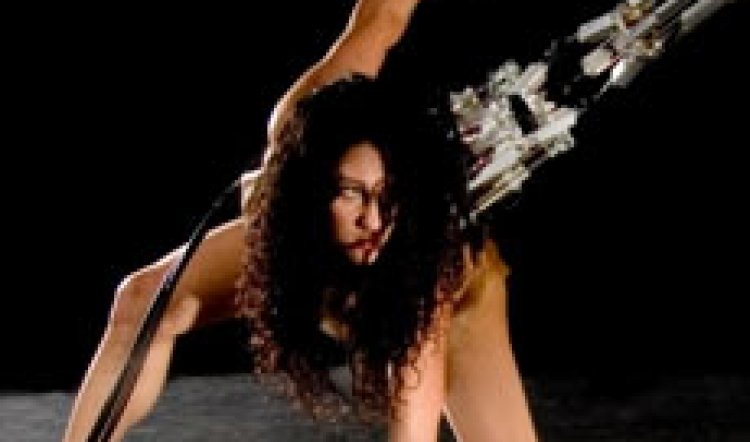 Devolution arrives in Sydney with a Helpmann award for Best New Australian Work and the Award for Outstanding Performance by a Company from the the 2006 Australian Dance Awards. Much anticipation, then. And indeed, the idea behind the Garry Stewart/Louis-Philippe Demers work for Australian Dance Theatre, looks good on paper: " ... we have taken the metaphor of an ecosystem and placed humans and machines in conflict and confluence with each other," writes choreographer Stewart in his program message.

If only this had been accomplished. In reality, there is no conflict and precious little confluence between the two sets of performers. Each inhabits a discrete space and time within the performing area and the choreography itself. Take the machines out of the equation and nothing would happen or not happen to the dancers.

The only real conflict between the humans (dancers) and machines (a series of robots) lies in the decision of the audience to watch the dancers or be distracted by the robots. As the machines take no part in what's going on between the humans and remain inanimate for long periods of time, it's virtually impossible to ignore them when they do lumber into action. As soon as this happens, all focus and interest in the dancers is lost while these pointless constructions do their thing.

First of all there is the progress, hanging from a gantry across the stage, of a set of large abstract machines which appear to have no purpose other than to dwarf the humans below. At the rear of the stage stand a set of what might be gay robots on account of the knock-kneed pose adopted when they’re not occasionally flashing their headlights - which is their only apparent function. Then there is what could be an electronic tapeworm which appears from above for a few minutes of segment-wiggling animation. Finally, there are a mob of what might be the spiders from Mars but, more likely, are some leftover flashing lights and bits of metal hanging from power cables.

Some kind of confluence comes late in the piece when dancers appear wearing huge robotic antennae waving wildly from back or chest; two others have smaller antennae wiggling on one arm, while another has vastly elongated stilts strapped to his legs. This could be interesting if the machines were not so crude in appearance and function and were in some kind of relationship with the humans - either malignant or useful - rather than merely being worn for visual effect (the production stills are the most exciting thing about Devolution).

The irrelevance of these accoutrements is particularly obvious when the dancer wearing the prosthetic legs does nothing more than stand on his head, display beautiful bare buttocks while totally unable to manoeuvre the stilts in a functional or even decorative manner. 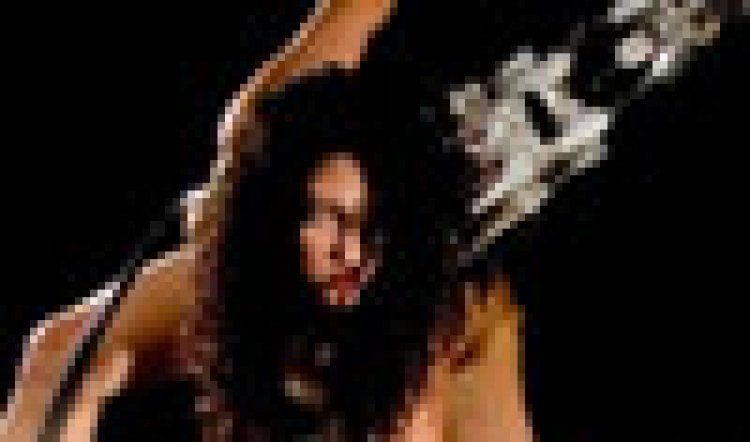 By way of contrast, Gina Czarnecki’s occasional film clips are under-utilised and full of potential for conflict and confluence with the dancers. Ghostly apparitions appear and mutate from misty ectoplasm to tangible human shapes which, in turn, morph into kaleidoscopic multiplications of amoeba-like images. Then they disappear, eaten up - literally - by encroaching darkness. It would be interesting to follow a development of these extraordinary visuals into an extended and meaningful relationship with the dancers.

Unfortunately, this is where the original idea is fatally flawed: robots, like computers, only matter in relation to their human creators or manipulators. There is no point in robots if they have no function, which is why humans only create robots for a purpose. Therefore one might argue that these robots don’t really exist. Or perhaps that’s just wishful thinking.

Devolution, at Carriageworks to January 27; Ticketek 1300 888 412 or www.sydneyfestival.org.au

You can hear an interview with Devolution choreographer Garry Stewart in episode 10 of Stagecast.