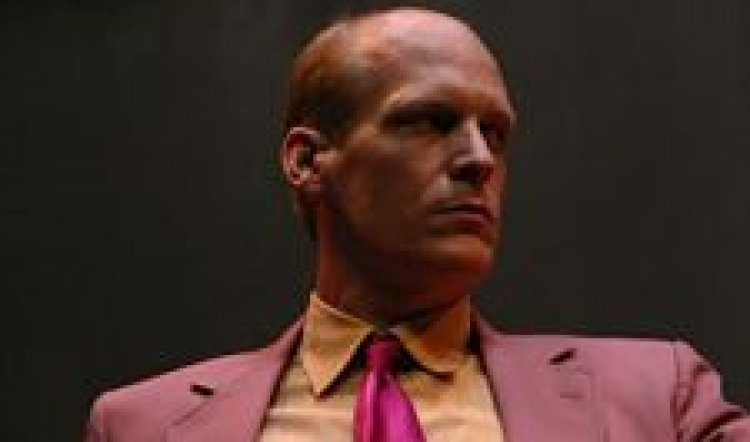 Gatz, the Playhouse at the Sydney Opera House to May 31, www.sydneyoperahouse.com

F Scott Fitzgerald’s Jay Gatsby was a fake. Perhaps that’s the point of Elevator Repair Service’s triple-whammy fakery, Gatz. Or perhaps not. To many, this seven hour dramatised reading plus-something else of The Great Gatsby is great theatre, illuminating theatre, breathtakingly good theatre, a theatrical tour-de-force (quoting from other reviews here).

To many friends and colleagues in the opening night audience any of the above descriptions could be applied to Gatz. But not for me. I didn’t get it and still don’t, despite much puzzling, many conversations, explanations, questions and answers and more questions. Perhaps that’s the point – to generate thought and animated argument? Or perhaps not.

The New York-based experimental company Elevator Repair Service was founded in 1991 by David Collins and a group of actors. And a survey of the company history tells a story of true experimentation rather than the often wishy-washy stuff that goes under that label here. Gatz is one of these experiments, begun in 2005, with a lengthy gestation period and audience try-outs before ultimate success. It’s been touring the USA and internationally, off and on, since and will continue to do so into next year.

Gatz is on one level, a reading of the American classic, The Great Gatsby. Laid over it is another narrative: of a scraggy, grungy urban office whose workers are as dull and plain as their workplace. They have nothing to do with Gatsby or the reading, at first.

The first 20 minutes of the work are obscure, in relation to the novel, as various employees come and go, mutter to one another andestablish themselves as individuals in the conceit of office life. According to a friend, the director told Ramona Koval, on Radio National’s morning book show, that people tend to be confused for the first 20 minutes, then they figure it out.

This same friend also said, in the next breath,that Gatz is wonderful, unlike Wars of the Roses, for instance, which was just a director’s ego run amok. The auteur writ large. In the circumstances however – where the director being praised has happily created 20 alienating minutes and laid on with a trowel a bunch of characters and a scenario that seem deliberately to spit on the novel being read by one of their number – it seemed to be an amazing observation.

But maybe that was the point. Or one of them: see how easy it might be to get an audience to accept some really boring people and their really boring stories as an overlay to some of the most potent characters and poignant story every committed to print. Hans Andersen wrote a fairy tale on roughly the same theme. It was called The Emperor’s New Clothes.

So. Back to Gatz. An office worker (Scott Shepherd) arrives in the office one morning to find his elderly computer isn’t working. He does all the things people do when this happens, which provokes chuckles of recognition. Then he opens his Rolodex and removes the well-used paperback he keeps stashed inside and begins to read aloud. In effect he is Nick Carraway, the narrator of Fitzgerald’s novel. 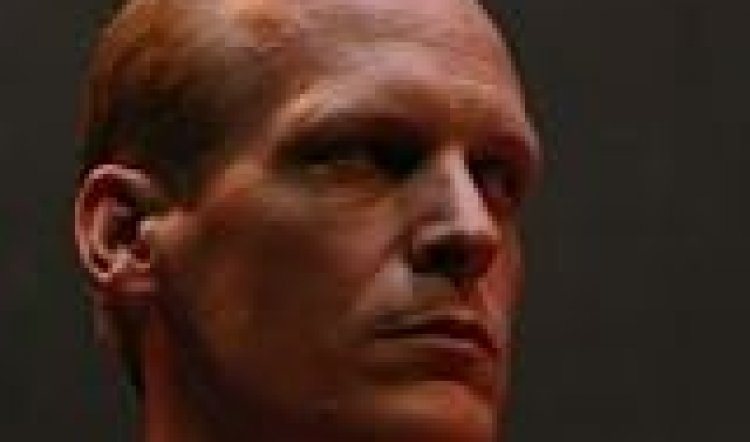 The reading has been described by some as “hypnotic” or “mesmerising”. Another way of putting it might be monotonous. It is as if the actor is reading like someone who doesn’t read out loud very much, if at all, and isn’t comfortable with it. As we know he has memorised every single word of the book, this is quite an act. It’s convincing.

The 13 co-workers include a rather ominous boss figure who looks a bit like John Malkovich and behaves like him too. He taps ferociously and intermittently at a portable typewriter, which must be a truly mysterious sight for under-25s and is in any case a mysterious activity for an authority figure. Unless the authority figure is being slyly ridiculed, that is. There’s probably another point in there somewhere.

In old fashioned, non-experimental theatre the idea is to illuminate the text, to serve the text and not to get in its way. That’s what inexperienced and/or arrogant little snots are supposed to do. Directors with an over-arching Vision, and all that. It is a curious thing, therefore, to take one of the most beautifully written and innately witty novels of the 20th century and virtually obliterate it with dramaturgical graffiti; and to resort to raising laughs through mocking the book.

The mockery is not necessarily intentional but, when you have a reader intoning the text with actors/workers interjecting the dialogue of the various characters, and after each utterance the reader solemnly continues by reading “he said” or “she said” or even, “he ejaculated” the effect is simply ridiculous. As the snorts and sniggers of laughter suggest. What’s the point of that? Please do tell.

Is it to alienate the viewer from the experience of theatre? Or to alienate the listener from the experience of the novel? If so, why? And if not, why do it? Jay Gatsby – the great fake of the title – is a tragic figure. He is treated with contempt in its various guises by the rich and aimless as they flock to his house parties and guzzle his hospitality. In Gatz the contempt is overt. When “Nick Carraway” describes Gatsby’s appearance in a pink suit (over the top even in the Flapper era), Gatz has already provoked laughter from the audience through a ghastly outfit. It looks like the cheapest, nastiest polyester – the fakest of fake.

The line between clever and too clever by half, distanciation and disrespect, is so fine as to be all but invisible. It’s moveable too: mine is somewhere different than that of many people I’ve heard, read or spoken with. Gatz alienated and angered me. It’s also kept me thinking ever since. The point is, I guess, to come to a view and attempt to articulate it and be true to it (like Elevator Repair Service). Unless someone can argue and explain to me better than the arguments and explanations I’ve heard so far: absolute conviction is the biggest fake of all. Meanwhile it amounts to concluding that the production itself did not convince, despite visual and aural brilliance and the kind of sustained concentration that brings some in the audience to their feet in admiration.