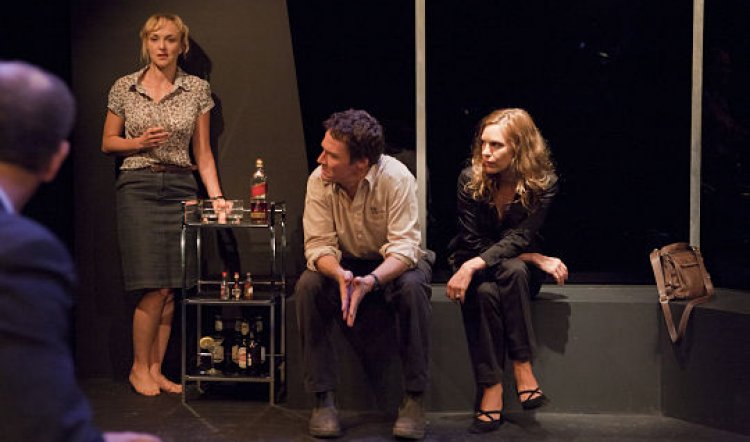 WHEN ANDREW BOVELL refashioned into a movie his play Speaking in Tongues, the title was changed to Lantana. Apparently it was thought that the original, which commonly describes the condition of glossolalia – as if you didn’t know – might cause confusion, particularly in the USA and other centres of Pentecostalism. Other elements of the play were also changed in the screenplay and subsequent award-winning movie, but it’s hard to imagine that Lantana was any less puzzling for the average, urban, moviegoer who’s unlikely to have been bothered by invasive weeds.

As a title for this particular play, Speaking in Tongues is perfect and slyly clever. The quartet of actors portray people whose aching failure to communicate and bewildered inability to comprehend – despite much animated talking – is the secular version of the religious phenomenon. And, of course, the speakers in tongue apparently know they’re really speaking in a proper language even though they can’t actually understand what they themselves are saying – any more than their listeners. If it sounds a lot like many modern relationships – well hey!

As a playwright and screenwriter Bovell is clearly captivated this and by the peculiar intricacy and synchronicity of human relations. He’s also fascinated by these possibilities in the dialogue and structure of a play. Those preoccupations first came to fruition 15 years ago in Speaking in Tongues, a play that started out as two discrete one-act pieces and, although the storylines and characters of the two halves overlap, they do so only obliquely.

It beings with two couples – Leon and Sonja, Pete and Jane – who are out on the town one night but, because their marriages are at a point of critical midlife ennui, each is alone. Their paths and partnerships unknowingly cross in midair in a delicious bit of writing and staging. One pairing retreats, the other goes through with mutual seduction in a beautifully realised sequence of painfully tentative desire. The writing and playing of this ritual of the pick-up is not only technically clever, as dialogue is shared simultaneously and at odds, but sweetly poignant and funny too.

As is so often the case when trust and communication are absent or lost, actual betrayal and perceived betrayal prove to be much the same thing: corrosive and destructive. For the audience, as we learn more about the four, laughter gradually gives way to absorption in the large and small moments of everyday life, because Bovell’s capacity for no nonsense story telling is – despite his penchant for technical fireworks – the bedrock of the play. 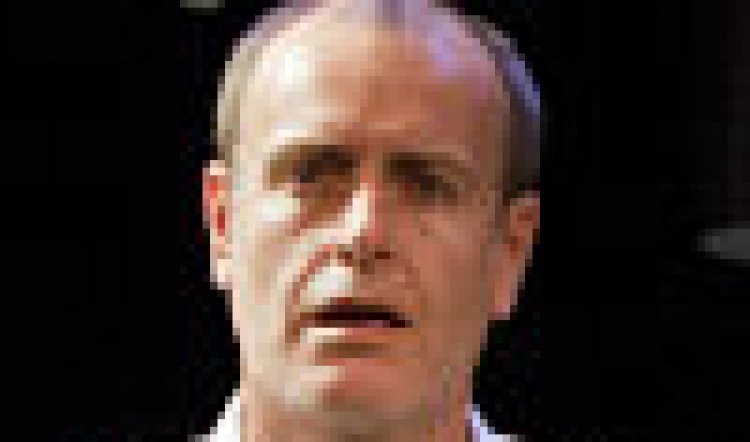 As well as the human dilemmas, however, other story strands are equally intriguing and elliptical. There is a pair of rather fine brown men’s brogues, abandoned on a beach; and one discarded woman’s shoe that may point to murder. They are surely unrelated but nothing is entirely what it appears to be. Leon and Sonya, Pete and Jane are like ships in the night – passing on their way to destinations unknown – so close yet so paralysingly distant from one another. This becomes literal in the second half when each actor returns as another – again apparently unrelated – character. Nevertheless, in Bovell-land there is no such thing as coincidence or neatly tied ends.

For his first production as Griffin Theatre’s new artistic director Sam Strong has assembled a fine creative team of designer Dayna Morrissey and lighting designer Danny Pettingill who’ve turned the Stables stage into a startlingly spacious void of a fashionably edgy interior. Actors are occasionally spot lit – pinned helplessly like butterflies on a board – but in the main the blackness beyond the picture window/back wall is a signifier for the arid interior land in which each of the characters stumble around. Sound designer and composer Steve Francis also contributes to the sometimes amusing and – more often – disturbing discomfort of the stories with some witty references to Angelo Badalamenti’s Twin Peaks motifs.

Strong has also picked an immensely talented and able cast in Lucy Bell, Caroline Craig, Andy Rodoreda and Christopher Stollery. Each brings intelligence, subtlety, humour and compassion to the stage in a production that returns the play to the stage where it began and confirms it as a richly entertaining modern classic. A must-see.

A version of the review appeared in The Australian.