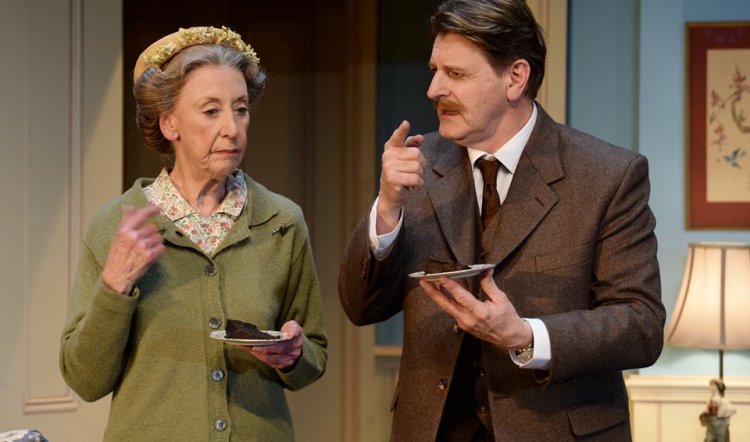 A MURDER IS ANNOUNCED

Dame Agatha's A Murder Is Announced takes place in the village of Chipping Cleghorn and the original book was first published in 1950. That immediately post-WW2 date probably accounts for the oddly Teutonic-sounding name of the first murder victim and failed robber, Rudi Scherz and the mysterious, unseen Goedlers - from whom Letiticia Blacklock will apparently inherit a fortune (if she survives the two and a bit hours of the play).

The setting of the early 1950s also lends itself to delicious frocks, cardies, suits and jumpers and some very firmly-permed hair-dos (Suzy Strout); and a decorously comfortable drawing room for Letiticia's house, Little Paddocks (design Linda Bewick, lighting Matt Cox). The plot is convoluted and knowing anything about it before the denouement must be strenuously avoided. Suffice to say that there are many red herrings and blind alleys to explore and if you guess WhoDunIt before all is revealed, you're obviously a Christie-phile. 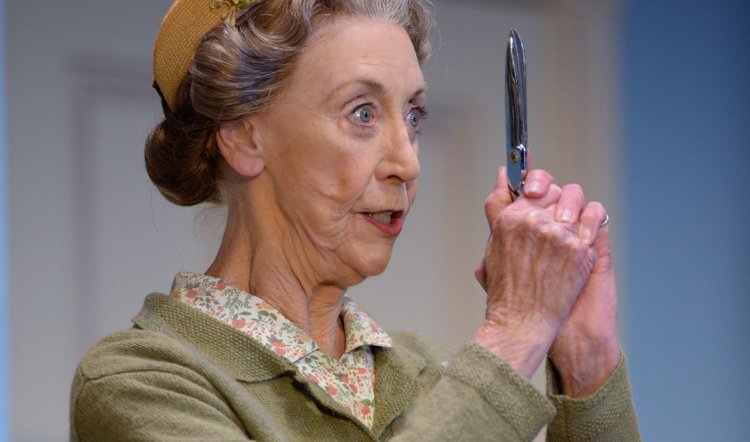 As well as murder, scene-stealing takes place and it's committed by the divinely hilarious Victoria Haralabidou as Mitzi, Letiticia's ungracious cook general and parlour maid.

Apparently the company had just three weeks to rehearse and get this wordy and often comical play on the road and on opening night it showed. A rather clunky first act finally gives way to a much snappier and shorter second act (and revelations, of course) and it will clearly improve as the run continues. The audience were in the main extremely entertained - those who love Agatha Christie will love the show anyway - and it's novel to see such a deliberately old-fashioned play so lovingly produced.