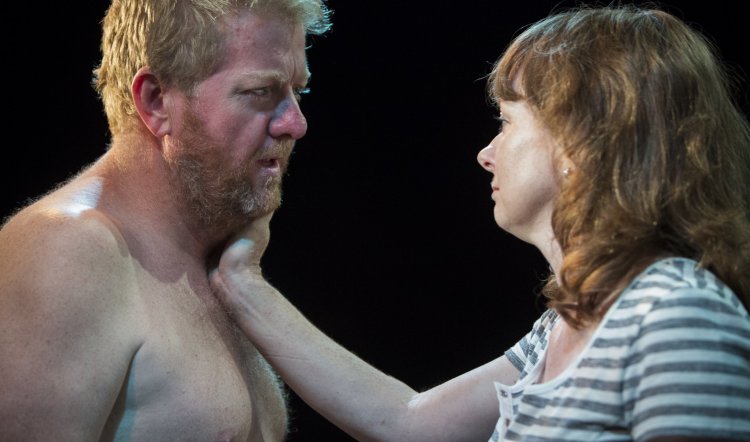 As you leave the theatre after Duncan Graham's new play, it's likely that you may feel a little unsettled, and also be looking at your companion with fresh eyes - as in: "who are you?" And to underline the disquiet, the pretty ballad that accompanies you down the stairs is Harold Melvin and the Blue Notes' "If You Don't Know Me By Now…" (next line: "you will never never never know me…") And the remainder of the lyrics are disconcertingly appropriate to this based-on-a-true story of secrets and lies, love and betrayal, chicanery and integrity lost. And, of course, you might also be thinking - but that was Simply Red's song! Yes it was, but nothing is ever exactly as it seems and we rarely know as much as we think we do...

Michael Devine (Andrew McFarlane) is a successful Sydney property developer, loving husband to Anne (Lucy Bell) and indulgently tolerant father to teenage fabulist Amy (Sara West). Somewhere across the city is a chic, edgy townhouse complex that he's spruiking to a mismatched couple: a high powered medico (Bell again) and her depressed, out-of-work hubby (Steve Rodgers). And in a part of city none of these people would dream of visiting are Paula and Gary Anderson (Rodgers and Mandy McElhinney). They're working class and rough as guts but game for a sex romp with a stranger - sourced from Vixsin (sic) a swingers magazine.

Dreams in White is loosely based on the notorious disappearance and murder of Herman Rockefeller, a Melbourne millionaire whose double life and multiple mobile phones weren't discovered until after his body was found in a mean backyard in outer Melbourne. Playwright Graham and director Tanya Goldberg have taken these few facts and characters and woven a complex web of if, but, maybe and perhaps. 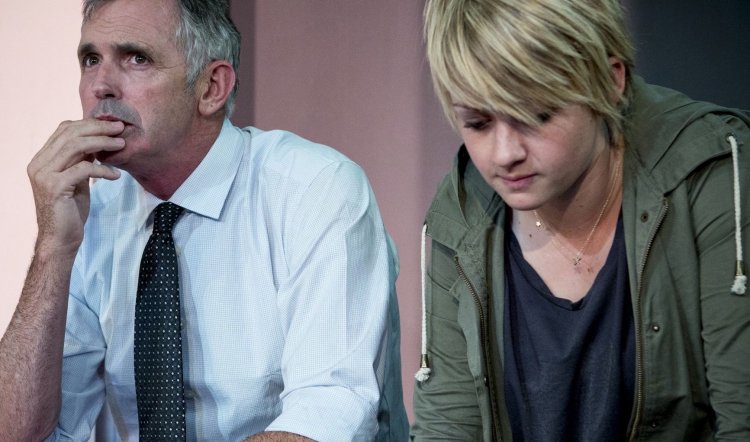 Initially it's hard to know who is who when the actors slip between personas but the calibre of each of the cast (McElhinney also takes a turn as Anne's therapist post-murder and revelations) means they're quickly grasped. The actors polish the script until it glitters, their performances are dazzling and conceal the occasional bumps and thin spots. Goldberg beautifully orchestrates the humour and urban everyday of the story-lines as they build inevitably to a denouement which is no less shattering for being known before we get there.

Designer Teresa Negroponte and Hartley TA Kemp (lighting) make a cool pale grey, glass and steel emptiness of the Stables stage. It suggests the thinly disguised sterility of the Devine household and the absence of imagination in the Andersons' lives; composer Kelly Ryall's soundscape adding to and underlining the clear sense of unease, alienation and unhappiness that links each unwitting participant in the sordid and tragic story. Dreams in White packs a tremendous punch in just 80 minutes.