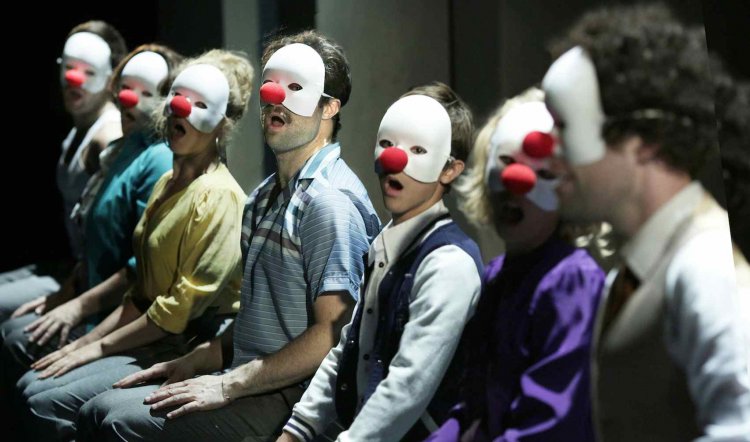 Falsettos is both a period piece and a timeless classic. Set during that glittering decade of the 20th century when "the sexual revolution" and social experimentation were giving people an illusory sense of freedom, and when AIDS was yet to be named and known, it is nostalgia leeched of sentimentality and in that it is a rare piece of musical theatre. Just as important, at its heart Falsettos is about love - its redemptive power and our human desire for it, no matter what. In that way, it is as up-to-the-minute as the latest marriage equality demo.

In keeping with the times, Marvin wants it all - for his family to be happy together - and as the first half rapidly progresses, it's obvious that Trina is not going to be led up this particular garden path without leaving him first. Marvin pours out his woes to his shrink Mendel (Stephen Anderson) and any idea of family therapy goes awry when Mendel falls for Trina and they get together instead.

Beginning, as it does with the sharply choreographed and comically uncompromising ensemble song "Four Jews In a Room Bitching", no one can be in any doubt that the book, lyrics and music are on another planet from Lloyd-Webber or even Schonberg-Boublil. If this comes as a great relief - Falsettos is the show for you. As well as the sophistication of the music and lyrics, this production is un-amplified - what you hear and what the singers have is what you get. The result is warm, engaging and special.

On opening night, co-musical director (with Chris King) and pianist Nigel Ubrihien watered his pot plant and pottered about a cave-like recess at the rear of the stage before taking his seat at the grand piano. The cave structure effectively throws the sound forward and is miraculously well-balanced with the voices. It's a daring and gutsy decision by the company and director Stephen Colyer - possibly made slightly easier by his casting of some of the best voices in musical theatre.

Falsettos was originally three separate one-act pieces following Marvin's misadventures and were amalgamated into today's two-act show in 1992. Marvin and his reluctant family migrate to the second half to be joined by the lesbians next door, Dr Charlotte (Margi de Ferranti) and her lover Cordelia (Elise McCann) and the eventual appearance of the dread disease that overshadowed the 1990s. 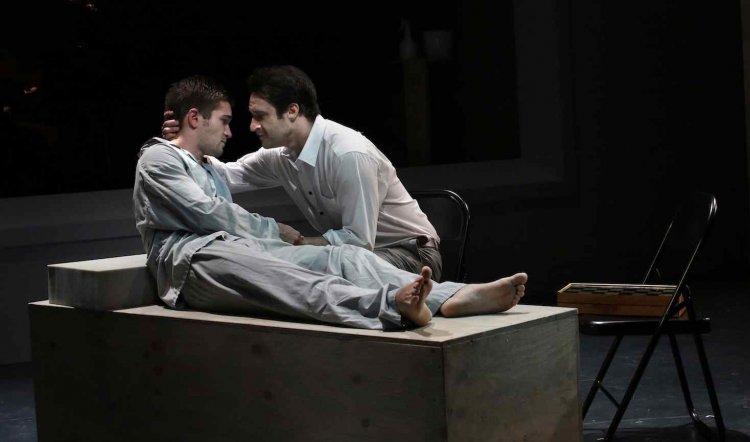 Meanwhile, however, Jason has to deal not only with his father's unorthodox life choices and his mother's re-marriage, but also his impending bar mitzvah. Jason sees the shrink too, being an obliging fellow, and befriends Whizzer who is the only other grown-up besides himself. But he finally draws a line at his parents' antics over the bar mitzvah - either they behave or it's all off. Anthony Garcia is a totally convincing and charming performer and makes everything of the role. He's also a pro, however, and even WC Fields would have been happy to share a stage with him. As it is, the adults have more than enough to do with the frenetic choreography and bits of business devised for them - as well as the music.

The show indicates its vintage mostly through the music - it's often complex, virtually non-stop, not recitative but not spoken either and the interspersing of individual numbers is sparse but effective. The quartets especially are often exquisite and, basically, it's a joy to hear such performances of such material.

In keeping with the busy-ness of the choreography (Katrina Retallick has yet another show-stopper duet with a Step aerobic platform), the set - long, rectangular boxes - tends to be a little distracting, as does occasional lighting decisions (design Gez Xavier Mansfield, lighting Hartley TA Kemp) as the components are stood vertically and laid down and shifted again as needed. There are the inevitable clunks and bumps as that happens and some dark patches that don't seem deliberate. Nevertheless, these are the things that will tighten up and disappear and anyway, the performers are too compelling to let a bunch of coffins upstage them - although they do come into their own at the very end.

Falsettos - programmed for Mardi Gras but a winner for anyone interested in excellent musical theatre and the human condition - is surely another hit for Darlinghurst Theatre Company at the Eternity Playhouse, where it fits beautifully and each is enhanced by the other.

All power and thanks to the City of Sydney and its visionary Lord Mayor Clover Moore for giving the area not one but two "new" theatres (the Hayes Theatre and its company opens this week with Sweet Charity) and also having the vital nous to ensure that each is in the hands of highly-motivated, expert and professional companies.