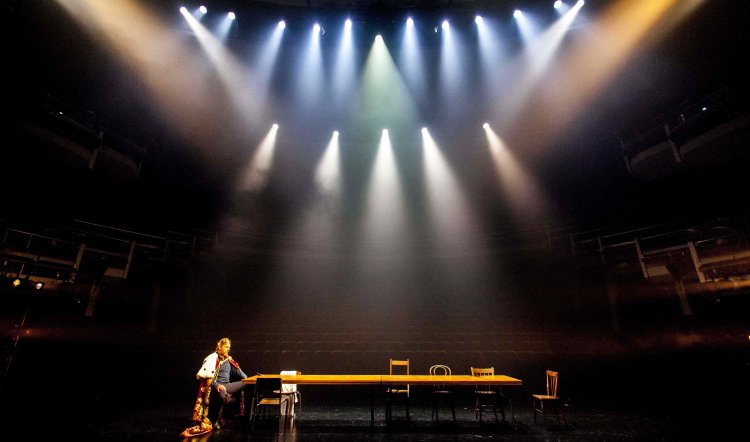 Kip Williams’ nightmarish and introspective take on the Scottish play won’t please everyone.

There’s nowhere to hide in the stripped-back surrounds of Sydney Theatre, and no escape from Macbeth’s “vaulting ambition” and unrelenting personal anguish. It demands much from the audience – including the ability to endure the hideously uncomfortable seating – yet rewards them with a perceptive and genuinely thought-provoking production.

In bringing Macbeth to the stage, Williams’ grand plan was to turn Sydney Theatre back-to-front, with the audience sitting on the stage, leaving Hugo Weaving and cast with the stalls and dress circle as their theatrical playground. It’s a risky move, and not just because it restricts audience numbers to 360 people (instead of the usual 900) for a season that, thanks to its star power, would most likely be sold out even at full capacity.

As a staging decision however, it is inspired; forcing us to bear witness to this nightmare of Macbeth’s own making and, together with some clever effects from designer Alice Babidge that conjure up the swirling fogs, howling winds and driving rain of the Scottish Highlands, making Macbeth’s isolation and despair in the latter stages of the play even more acute.

Weaving, as you would expect, is charisma personified as Macbeth: an ordinary man eaten up by guilt and feverish imaginings yet too far down his bloodthirsty path to ever come back. 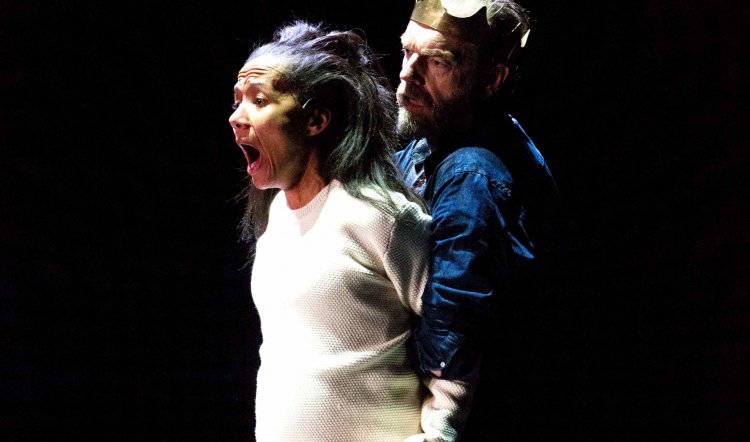 Despite the diminished role given to Lady Macbeth in the production, Melita Jurisic shines, and there’s excellent work too from John Gaden, Robert Menzies and Ivan Donato.

As Macduff and Lady Macduff respectively, Kate Box and Paula Arundell provide two of the most touching moments; the first between Lady Macduff and her son (played by John Gaden, a good few decades older than Arundell), and later when Macduff learns that same wife and child have been murdered by Macbeth and his savage henchmen.

The production is not without its problems – the cavernous space of Sydney Theatre makes the dialogue, particularly in the first few scenes, hard to hear, and despite the hype over Williams’ back-to-front staging, the auditorium itself is barely used for more than a few scenes.

But for the most part, Kip Williams’ radical reworking makes Macbeth – much studied, much acted and often performed – seem fresh, new and different once again.