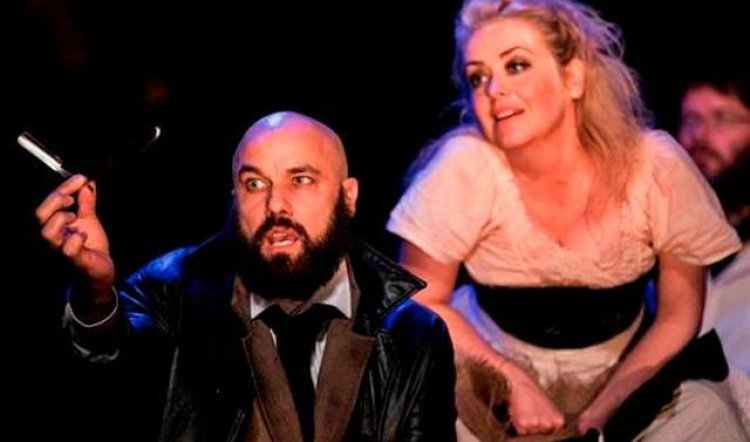 Sometimes an experience in the theatre is indelible and wonderful; that’s why we go - in the hope of that transcendent experience. Over time the memory fades into impressions: fleeting but always there. And so it is for me and Sweeney Todd…

In 1987 Roger Hodgman directed a “chamber” version of what has since become acknowledged as classic Sondheim (with librettist Hugh Wheeler) for Melbourne Theatre Company. It was a dark and cerebral experience in the company of the razor-sharp and steely Peter Carroll as the demon barber and a voluptuously juicy Geraldine Turner as the pie-making Mrs Lovett.

More recently, in 2007, Opera Australia gave the musical the full operatic treatment with Gale Edwards directing Peter Coleman-Wright and Judi Connelli in the leading roles. It too was unforgettable in its vocally grand and sumptuously staged way.

Now, New Theatre stages the 1979 musical in a way that you have to think The Man himself would love: unamplified, unpretentious, raw, honest and true and at a cost of approximately three farthings and a bent hatpin.

At the back of the stage area is a three piece acoustic band: musical director and pianist/organist Liam Kemp with Anastasya Lonergan on violin and Laura Mackinnon on stand-up bass. Kemp has distilled the orchestral score to its dramatic and emotional essence: it’s a remarkable achievement. In front of them the ensemble and principals sing and perform unassisted by technology. Yes, folks - there’s not one mic stalk to be seen tucked into a hairline or snaking around a cheek.

The overall effect is intimate and real and rare: we are in close company with some fine singing actors and the audience is drawn in by the immediacy and warmth of their vocal presence in a way that the blaring ruckus of some shows and the chilly digital perfection of others just can’t produce.

Leading the largely youthful and fringe-experience company are the dynamic Justin Cotta as Sweeney and seriously sexy-funny Lucy Miller as Mrs Nellie Lovett. Both deliver assured and intelligent actor-singer performances and are mesmerising presences. Unseen but vital to this brave enterprise is its vocal coach and assistant musical director, Vicki Watson. She is the reason why some untrained rock’n’roll voices and simply untrained voices have melded into a harmonious and powerful chorus and why the principals sing with the confidence and nous of performers seasoned in the classical repertoire. Astonishing stuff.

The show opens in 1846 with Sweeney’s return from transportation to the mind-breaking hell of Australia (cue wry laughter). He had been dispatched there by the corrupt Judge Turpin (Byron Watson) who, with his acolyte, the Beadle Bamford (Simon Ward), had engineered a false conviction and sentence in order to steal Sweeney’s beloved wife Lucy and take their small daughter Johanna as his ward.

It should be no surprise that Sweeney - once the innocent Benjamin Barker - has returned from exile with a dual ambition: “I will have vengeance. I will have salvation,” he thunders. And the rest of the show is taken up in demonstrating the impossibility of this fatally flawed wish. 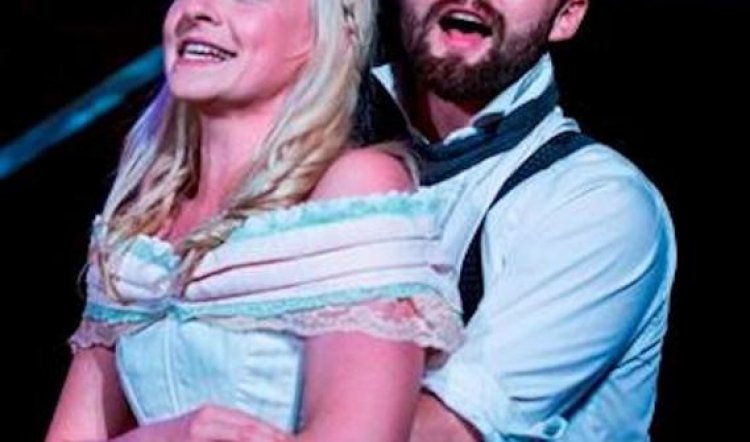 On the way home, however, Sweeney was rescued during the voyage by a young sailor, Anthony Hope (Josh Anderson). It takes only a few opportune twirls of the wheeled timber structures that cunningly form the various bits of London where the action is set for Anthony to meet the now grown up and beautiful Johanna (Jaimie Leigh Johnson), fall in love and set in motion the downhill slide to the inevitable denouement.

Along the way there is a fateful collision between Sweeney and the pitiful, mad Beggar Woman (Courtney Glass); and the snake oil salesman Adolfo Pirelli (Michael Jones) who recognises the one time Benjamin Barker and attempts blackmail. Pirelli’s transformation from oleaginous shonk to succulent meat pie is shockingly easy and inevitable and sets the tone for the dispatch of many clients of his barber shop - handily placed above Mrs Lovett’s bakery - while he awaits his real goal: the judge.

Director Giles Gartrell-Mills comes to the production with previous experience of the work and clear ideas of his own. So, he reinstates songs often omitted - notably the Beggar Woman’s Lullaby - and, with Trent Kidd (choreographer), Brodie Simpson (costume designer/set construction), lighting designer Liam O’Keefe and Jo Jewitt (production/stage manager/set construction) conjures an ominous space of shadows and a rough and ready London that Hogarth and Dickens would recognise.

The clarity of the production’s dramatic and musical decisions, clearly made for financial as well as artistic reasons, means the underlying methods and motives in Stephen Sondheim’s songs and score are re-revealed in all their dazzling wit and brilliance. So often we see and hear how the music is at odds with what is being enacted on stage. For instance, the lightly melodic and gentle Pretty Women, nowadays most often rendered meaningless as a cabaret tune, is sung by the sexual predator Judge Turpin in a sweet duet with the man who is simultaneously planning to slit his throat with a razor.

The end is inevitable and tragic for an audience that has been drawn in and beguiled by the misfortune and injustice suffered by Sweeney, the opportunistic charm and struggle to survive of Mrs Lovett and the richly coloured lives (and deaths) of those around them in the squalid pit of cynicism and chaos that was the inescapable underside of elegant Georgian London.

This Sweeney Todd is obviously hitting its straps in its third week. (While it’s hard going for performers on the traditional eight shows a week grind of commercial/subsidised theatre, playing Thursday into the weekend on the fringe is another kind of trial and difficulty as momentum is lost and performance muscles slacken in the weekly hiatus.)

So, word of mouth means Sweeney Todd is close to selling out each night and if you want to experience a really fine production - hurry. It might not be an obvious Christmas treat to yourself or a loved one, but it’s one that will leave an indelible mark on the memory and that’s a rare gift.