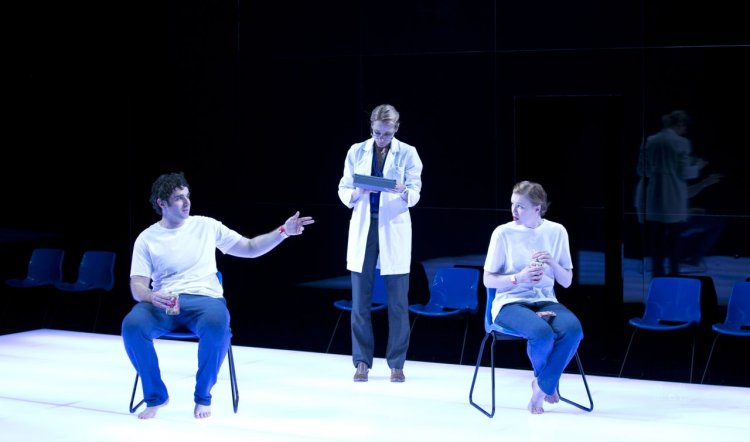 Mental health and the issues surrounding it are at the heart of writer Lucy Prebble's play and it is a noble effort. Essentially a four-hander, The Effect examines how conventional medicine deals with repairing lives that are broken because of lingering and/or sporadic psychological "episodes".

Connie and Tristan find themselves as human guinea pigs in a medical research facility dedicated to finding the next miracle cure. Connie (Anna McGahan) is weighed down by bouts of depression and melancholy. Whereas, Tristan (Mark Leonard Winter) is one who is more glass half full. At the helm is Dr James (Angie Milliken) the picture of control and reason guiding her patients through a closely monitored experiment.

It is during this experiment that we see the growing emotional connection between Tristan and Connie, driven by being trapped in close quarters, regimented medication and the thrill of being in suspended animation, away from real life. We also slowly see Dr James' story unwind through her interactions with Toby (Eugene Gilfedder) who is at once a pompous git and charismatic physician.

Under Sarah Goodes direction The Effect has many highlights. Goodes deftly draws out the humour while leaving room for the more poignant and intimate moments. The love scene between Tristan and Connie - which is highly choreographed - is fantastic and really shows how clumsy on-stage moments can be avoided if thought through and well directed. The cast is also a nimble group, able to convey the rainbow of emotions required by such a demanding script. Standouts are the wistful and boyishly romantic Mark Leonard Winter as Tristan and Eugene Gilfedder as Toby, who carefully crafts the portrait of a man who is defined by his work but is not without humanity. 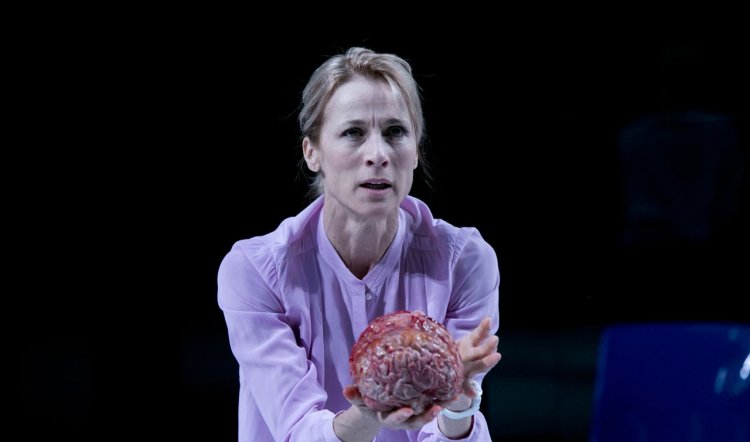 The design team has created a very interesting environment through the set (Renee Mulder), lighting (Ben Hughes), video (David Bergman) and sound (Guy Webster). There is a clinical feeling but also a warmth and humanity which emanates from the physical space.

This current production at the Sydney Theatre Company serves Prebble's story well. But there are structural problems with the overall play. There is a point where the story extends past what should be its natural ending. It would be interesting to see a reduced 90 minute version performed without interval.

But that said, The Effect is an effective production and has a worthy message.