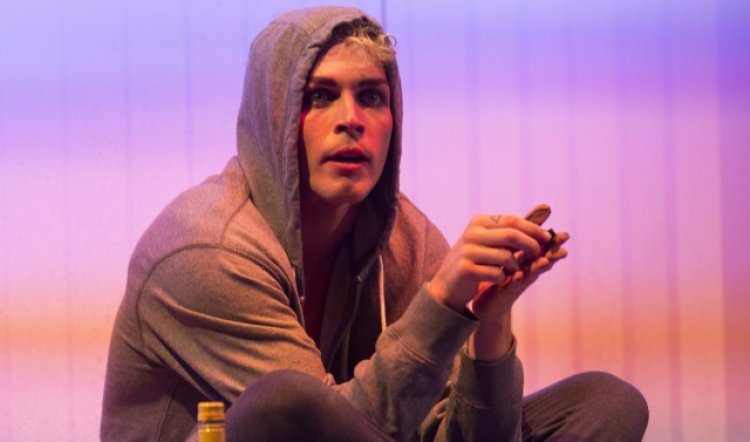 A new play by Alana Valentine is always something to look forward to and this one has been much anticipated because of the rumoured subject matter: a documenting of gay life in Broome.

Such is the fabled tyranny of distance we – here in Sydney – are probably more familiar with gay life in New York or San Francisco than WA’s holiday mecca. It’s likely most people vaguely associate Broome with Cable Beach Club and Paspaley Pearls. That there is more than one gay in the village has probably come as a bit of a surprise to many.

Valentine went to Broome for some months to research the play, what she’s brought back and turned into 100 minutes of comedy and drama is both a documentary portrait of Australian small town life and a startling theatrical work. Ladies Day is an unexpected and unpredictable mixture.

The play opens with a statement of intent – expect the unexpected – as the four cast members sing (beautfiully) an a capella songlet in the style of Noel Coward about “the queers of Broome”. The rest of the show is punctuated at intervals by further snatches of song – ballad, madrigal – (composer Max Lambert).

Lorena (Lucia Mastrantone), a playwright in from the big smoke, explains to the audience that she’s going to gather material for her next project – on gay Broome and that she is a real person and not a character but maybe that’s part of the fiction too. Ah ha, this is not your classic verbatim play after all…

Meanwhile, Liam (Matthew Backer) is on the phone to his friend Mike (Wade Briggs) persuading him to visit. But Mike – drag name Madame Ovary – takes some convincing and quite a lot of classic witty bitchy queenery is traded back and forth before he succumbs to the idea.

What is apparent from the early part of the play is that gay life in Broome is much like gay life anywhere else: gay men make jokes about lesbians, there is a reasonably degree of tolerance in the wider community, there is a bar scene, there is a drag scene, friends have spats for no particular reason and so on. It’s nicely portrayed, but so what? For a dread five or ten minutes it seems Ladies Day is going to be one of those “gay plays” of twenty years ago that one was supposed to be supportive of simply because it was a gay play. But no… 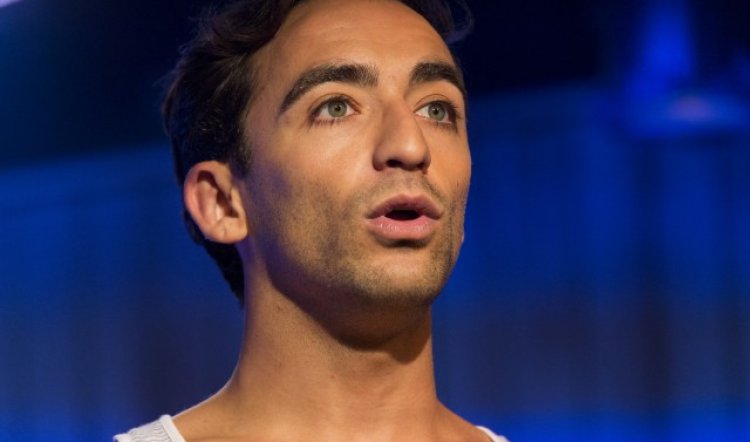 Also in the mix as the plot thickens is Rodney (Elan Zavelsky) a slightly older, wiser, wearier escapee from the Sydney scene. Zavelsky also doubles as a hunky bit of rough in from a cattle station, while Mastrantone doubles as local cute, butch cop Therese. These two signal a profound shift in the play’s direction and tone.

The beautiful Mike (and whichever way you care to look at it – PC or otherwise – he is beautiful: that’s the point) is a direct descedant of Guy Pearce’s Felicia in Priscilla. He’s razor-tongued, vain, strenuously funny and ultimately as fragile and vulnerable as his carapace is thin. In contrast, Liam is patient, kind and loving – a combination that naturally irritates the bejesus out of a boy like Mike. What will happen between them?

Before there can be any resolution, however, the brittle glitter of everyday queen life is shattered and the focus shifts. Rather than wrestling with the profound quandary of how to find anything to wear for the day at the races of the play’s title, the questions of justice, identity, revenge, reality and truth suddenly open up an electrifying new range of dilemmas.

Valentine’s alter ego Lorena warns from the beginning that we are watching theatre – not real life – but there is such authenticity in the playing by the four actors, particularly in the latter stages, it’s easy to forget the caution. At that point it’s not just the audience that believes, but also – one suspects – the playwright too.

Directed by Darren Yap with verve and a clear emphasis on the humanity of the characters, Ladies Day becomes greater than the sum of its parts. Set and costume designer James Browne and Hugh Hamilton’s lighting are also instrumental in achieving that outcome with two simple timber structures and washes of colour for Broome’s various moods. By the end, the somewhat pedestrian (if often funny) beginnings are erased by what follows: life and love, pleasure and pain in all their raw possibilities.