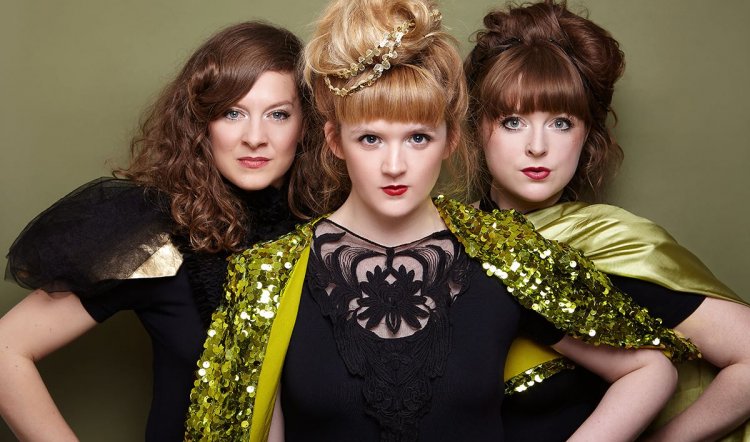 The Guardian’s top pick of the Edinburgh Fringe in 2016, the Travelling Sisters have been doing just that – travelling the world with their sketch comedy show, getting caught up in most of the bizarre situations that could befall young performers, and it’s all grist to the mill.

Lucy Fox, Laura Trenerry and Ell Sachs, who make up the peripatetic siblings, have now landed in Melbourne for the Comedy festival, along with a million other performers. We are spoilt for choice – choose this one and you won’t regret it.

They are finely tuned, funny and clever with a hint of the profound and a wonderful youthful exuberance. From the get-go they had me. Hailing from southern Queensland they honed their craft with Ecole Phillippe Gaulier in France and had the keen eye of Kimberley Twiner, from queer comedy troupe PO PO MO CO as a director during their creative development, and it shows.

Their sketches are not skits, they’re longer so the audience has to stay with them and when we do we’re rewarded. From bogan blokes trying to tell a story with endless interruptions, including the obligatory question to an audience member, to the heart break of a lonely potato with nothing left to do but “peel yourself”. This is not only hysterically funny but innately sad.

Like many small venue cabaret shows there is audience participation – thankfully this version is gold… it begins (in the light of the silvery moon) with a pretend tray of cakes being passed around the audience by Coral, how funny can this be? You have to be there – it is. Meanwhile her loving husband Colon is on a mission to find  sauces and Coral is tempted to eat some freshly baked morsels; to assuage her guilt or disclaim responsibility perhaps, she asks a few punters to toss the (invisible) cakes into her mouth; some miss, some go in and one chokes her. And it’s amazing how quickly the audience dobs in the “killer”.

With no back-stage area at this venue, the costume changes all happen on stage to music, and that works too. They are sassy and bold as they wiggle, wig and frock up. Good choice of funky music and great way to segue to the next sketch.

Another great moment involves the very tall and buxom diva, accompanying herself on guitar, but the less said about this, for fear of the spoil, the better.

A terrific trio, each really talented, although my eyes were constantly drawn to the stage presence of Trenerry.