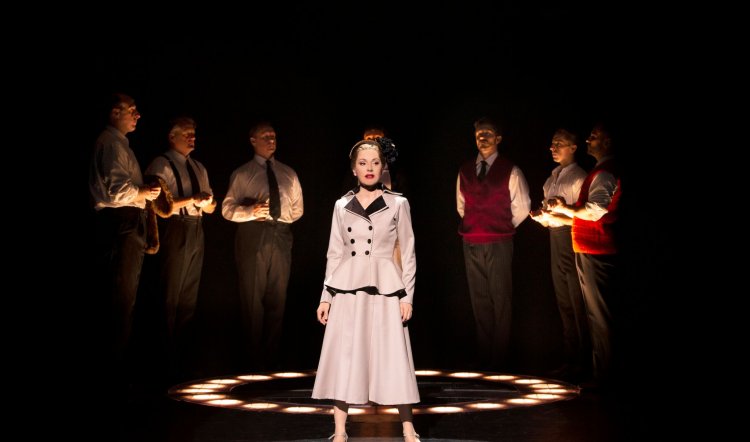 After the record-breaking success of My Fair Lady, Opera Australia knows it has an audience for a boffo musical. It’s information of great value to a company forever trying to balance art and commerce. Word is that the much-anticipated Evita – the Andrew Lloyd Webber/ Tim Rice show from the late 70s – is about to put up the “Sold Out” signs for its Sydney run, with opening night only just done and dusted.

So, why is the show such a crowd-puller? Legend, for one thing. It began as a recording, with Julie Covington, Paul Jones and Barbara Dixon singing the main songs. It was a canny stalking horse for its creators: the stage version followed the success of the LP.

Second of all, its history: there are millions for whom the Lloyd Webber name is reason enough to buy a ticket. And there are others who believe he did his best work with Tim Rice (Jesus Christ Superstar and Cricket, for example). And there are others – not that many according to audience chatter – who actually know the story of Eva Peron.

Third of all, there’s that song. “Don’t Cry For Me Argentina” has for long been a staple of the Broadway belter – its context lost or discarded – much like Steven Sondheim’s “Send In The Clowns”. The curious thing about the two tunes is that on the cabaret stage, each is an audience-pleasing melange of strenuous emoting, big notes and vicarious tragedy. In its proper frame of reference, however, the Sondheim song (from A Little Night Music) is heart-wrenching. At the other end of the spectrum, “Don’t Cry For Me...” is ridiculous – in its placing in the show and as a stand alone anthem. The two illustrate the yawning chasm between Sondheim and the Poms.

What does the current Australian audience get, then? For me, when the familiar strains flowed from the pit and conductor Guy Simpson and the OA Orchestra, I suffered vivid and hilarious deja vu of Dame Edna belting out “Don’t Cry For Me Osss-trah-lay-jhaaaaa!” It’s difficult to recover from something like that. The casting of this version helps a lot, however.

There is, of course, the trumpeted return to Oz of pop diva Tina Arena in the title role. She looks the part – from demure brunette country girl to dazzling blonde goddess of the working class – and has the pipes (but not the acting chops) to make the most of the role. She’s rarely off stage in this all-singing piece and it’s a huge physical demand at eight shows a week. Consequently there’s another Evita on specific dates and in Jemma Rix the producers have cast a fabulous alternate: don’t hesitate to see her.

London-based South African-Australian Kurt Kansley prowls the stage as the Narrator-Nemesis figure Che (Guevara). He’s a charismatic and powerful presence, niggling at Eva and making sure we know the “real” story of the rags-to-riches girl from the pampas.

Her lowly start in Buenos Aires is symbolised by a literal revolving door of men and, significantly, the tango singer Magaldi. Michael Falzon is svelte and sexy in the role and underlines how unappealing were the majority of Eva’s stepping stones to the top.

The top for Eva was ambitious military man, Juan Peron. His is a supporting role in the musical, but as performed by the magnificent baritone Paulo Szot, it’s clear how he and his paramour came to power in Argentina. Their well-matched ruthlessness is illustrated in possibly the most honest scene in the show.

Having convinced herself and her target that she is neither a predator nor a mere popsy in “I’d Be Surprisingly Good For You”, the pattern of their future is then laid out. Peron sheepishly stands back while Eva gives his bedmate the heave-ho. She dumps the girl’s belongings into a suitcase and shows her the door but, at the last minute, wraps her own fur coat around the bedraggled mistress. 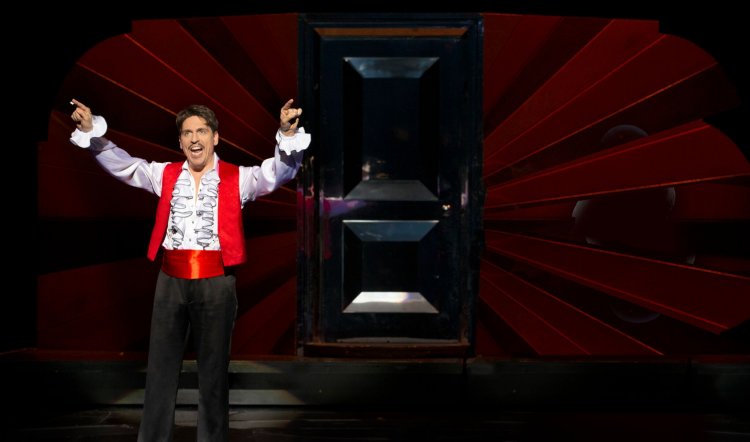 The Mistress has only one scene and one song, but it’s the best song and Alexis Van Maanen is terrifically touching in her rendition of “Another Suitcase In Another Hall”. Not since Barbara Dixon’s original has it been so poignant: you go girl!

Not as successful, in fact downright incongruous, is the drop-in of Madonna’s big ballad from the 1996 movie. “You Must Love Me” was added by Lloyd Webber and Rice in the hope of scoring an award. They were successful and took the Golden Globe and Oscar, but it jars in the show. Tina Arena chews it up, however and it’s enthusiastically applauded.

The show itself is – good grief – the 40th anniversary production of Hal Prince’s US original and as such, not a hair on its Broadway head has been touched. The direction is the same, the choreography (Larry Fuller) is excellent and the same can be said of the show. It’s a reminder that Andrew Lloyd Webber was once generous enough to write more than one hummable tune per musical, that Tim Rice was his best partner and that with Evita they picked, along with the Jesus show, eponymous heroes who died at 33.

The best aspect of the staging is the large screen on which are projected newsreel footage and contemporary photos of the Perons and Argentina; they’re niftily incorporated into the show and add weight to the fairy floss. They also help with the story and, as these days history is what happened three years ago, many need help with what’s going on. Surtitles would assist too: although it’s sung in English, many were puzzled and therefore disengaged.

Evita used to be one of my favourites, but I've seen more, learned more since then... Still, it’s good to see the old warhorse taken out for a canter by such a terrific cast. Recommended with reservations.