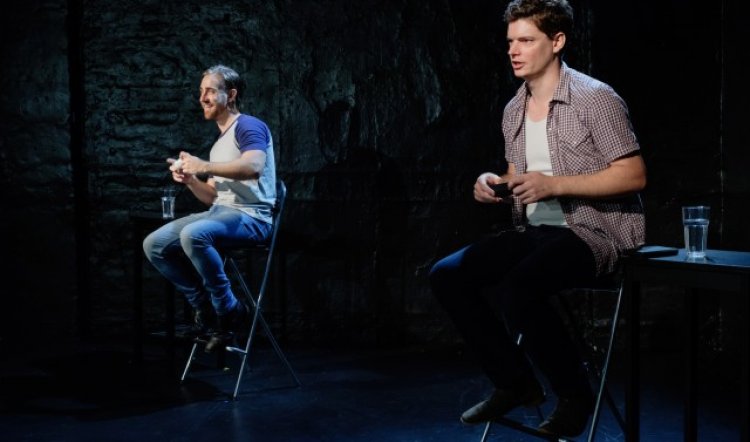 Two guys, Jimmy and Corgan, are at that difficult age – well, one of the difficult ages – when OCS (obsessive compulsive sex), fast-receding youth and the beginnings of human intelligence finally collide. It’s a seismic moment for gay Jimmy and straight Corgan, BFFs as they face the imminent wedding of Corgan’s ex, who was also the only girl the then teenaged Jimmy ever (rabbit’s ears)  “loved” and anyway, he’s just broken up with his long-term – one year – boyfriend.

Jeffrey Jay Fowler and Chris Isaacs are part of The Last Great Hunt, a Perth-based theatre-making collective, and the conversations between the two friends about male friendship and modern masculinity finally took shape as Fag/Stag. The writing and characterisations are breathtakingly, unflatteringly honest. The accepted male life routines of the past decade are finally sinking into their collective consciousness as untenably futile.

What was once heaps cool – wearing out their thumbs on Grindr and Tinder or playing Donkey Kong (they’re stuck on a level that coincides with their own lives), binge drinking, getting laid or not – is suddenly and scarily not cool any more.

Unlike so very many emotionally constipated men, these two talk – to each other and to the audience – for 60 minutes of often excoriating humour, much insight and even more bullshit. Because, of course, in telling their own stories they are the classic unreliable narrators. It’s arguable whether it would be more revelatory for a 30-something male or everyone else in the audience who isn’t.

Fowler and Isaacs spend most of their time on stage perched on a couple of high stools. It’s the simplest form of theatrical story-telling and is wildly effective and engaging. The way young men relate to themselves and to one another – as friends – is rarely explored either in life or in performance and in this Fag/Stag is a breath of beer-scented fresh air; illuminating and amazing by turn. 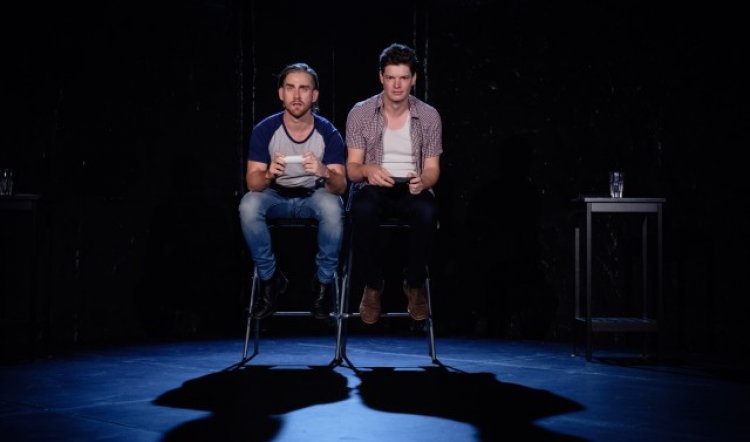 The piece doesn’t shy away from the uncomfortable truths of male behaviour – particularly the aggressively heterosexual – and neither does it fudge the intimacies and language of each man’s life. Consequently Fag/Stag is some of the best writing likely to be heard on a Sydney stage in any year and the performances are similarly excellent.

It was interesting to learn from the duo (interview on Arts Tuesday, 89.7fm Eastside Radio) that the show has been turned down by one major Australian touring outfit because “the title wouldn’t be acceptable, it would put off regional audiences”. They were told to change the title but refused and therefore haven’t toured the show to towns that would surely lap it up. (If last year’s marriage equality vote result is a guide to attitudes outside Syd/Melb, that is.)

As it is, Fag/Stag has toured elsewhere and overseas instead – to acclaim – and Sydney is late in the catch-up stakes. It’s an illuminating delight and that rare beast: a show about and by young men that examines their hearts and minds with depth, compassion and understanding. You can’t help but love this daft pair of tossers as they stumble, barf and bungle their way to something recognisable as manhood. Totally recommended.