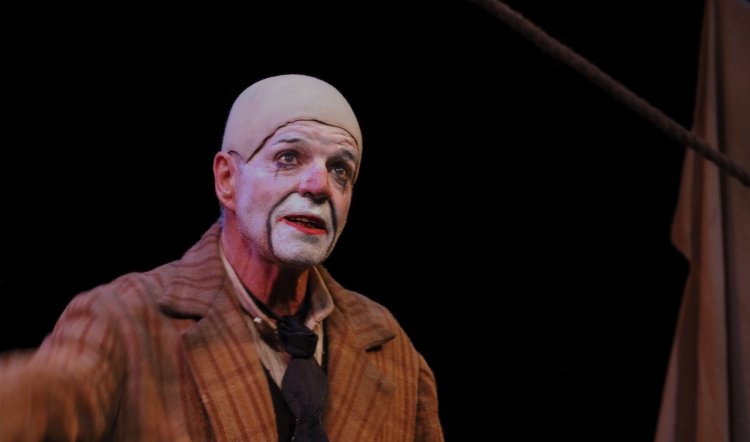 Justin Butcher has written a fantastical story about one man’s journey (and a one-man show) through life. From his inauspicious start in the back room of a fish mongers in Trinidad in 1900, with bells peeling brining in a new year to one hundred years later, his final hour, with bells again chiming a new year. That person is Scaramouche – the Jones comes much later in 1951.

Part travelogue, part history lesson part Boys Own Annual it is a tall tale.  We follow Scaramouch, who after the death of his Gypsy mother, is sold into slavery as a young 6-year-old boy.

He is abducted by pirates, sold to a snake charmer in Senegal and travels Northern Africa including an appearance at Haile Selassie’s coronation in Ethiopia. After a stint in gaol he is surrendered to an Italian prince who wants a little more than Scaramouche is inclined to give so he makes his escape by leaping into the ocean and washes up on a beach where he is taken in by fellow Gypsies in Venice.

With his life taking these extraordinary turns he finds himself digging graves in a Nazi concentration camp in Poland, and it is there that he discovers his “clown”. Fifty years learning to be a clown and fifty years being a clown.

As Scaramouche, Colin Friels is as gentle as he is playful. He beguiles his audience, it is an effortless performance which makes it all the more captivating. 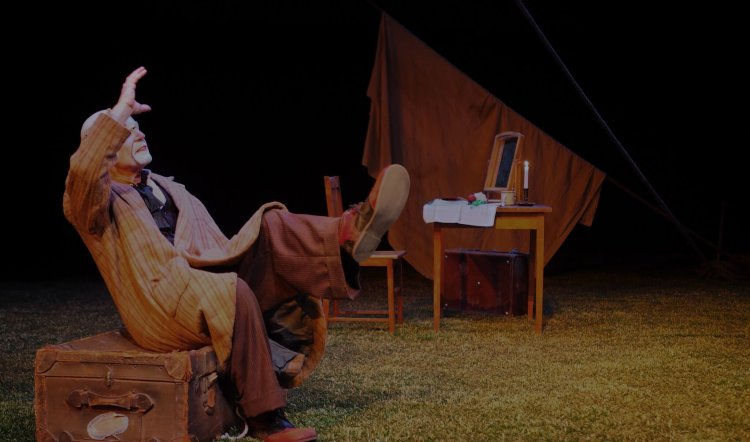 Scaramouche enters our world as he exists from his final performance. In full clown face and costume with a battered suit case. The set (Richard Roberts) is the outside of the big top, with the poles and guy ropes and scrubby grass. There is a small table with chair, mirror and candle, seemingly the clown’s makeshift dressing room. It sets the scene simply and atmospherically. Scaramouche systematically discards the red nose, his costume and clown shoes as he moves through his seven stages of “white face”.

The lighting (Matt Scott) and the music (Tristan Meredith) supports the performance beautifully. The sound lingering in the background, I found myself reaching forward to listen. Set, sound and lighting matching the gentleness of the performance.

Director Alkinos Tsilimidos and Friels have worked together to present something quite magical. It is a brilliant performance, the audience standing as one as the light went out on Scaramouche Jones.

I encourage you to take the magical journey.