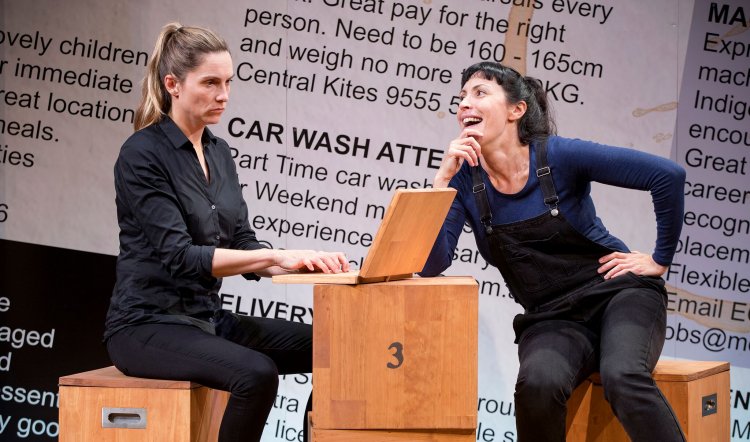 Like so many actors, Genevieve Hegney and Catherine Moore have done some pretty weird jobs over the years while waiting for the next role, the next audition – or for inspiration to strike. In this instance Unqualified was the inspiration: they wrote it themselves, based on some of the dreadful gigs they’ve undertaken to keep them out of mischief and off the dole.

Written first as a short, sharp TV series which has yet to make it beyond script stage (this could well change now, i suspect) Unqualified tells of two sort-of fictitious friends, Joanne Truebody (Hegney) and Felicity Bacon (Moore). Once part of a reality TV glamour couple, Joanne is dumped by her star husband in favour of a Russian emigre slut. Joanne is flat broke and bitter and encounters with the CES don’t make her feel any better.

Felicity Bacon is in a different kind of bind: she is the beloved only daughter and heir to a successful butchery business. Dad wants to retire but Felicity has recently worked out that she doesn’t want to inherit and spend the rest of her life butterflying dead animals. How to escape without breaking papa’s heart and, also, what to do next... 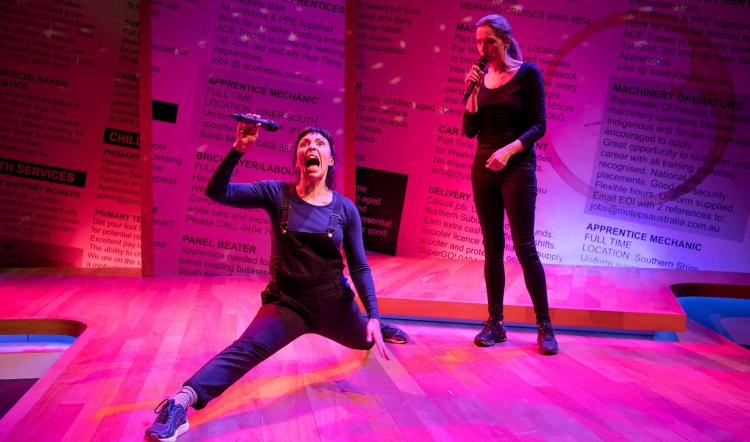 A temp agency, supplying staff for all kinds of businesses somehow happens for the two, but there’s one major snag: they don’t have temp staff to do the jobs. Of course, they do the jobs themselves with varying degrees of incompetence and disaster (including a bikie wedding, a night in jail and traumatising for life a classroom of kids who probably deserved it).

In 100 minutes of all action, all laughing, all bonkers dramedy (that could lose 10 to make it perfect) Hegney and Moore are directed deftly and imaginatively by Janine Watson to fill out their characters, the situations and the stage with non-stop out and out laughter, giggles, chortles, chuckles and other manifestations of total amusement.

The simple setting (Simon Greer) is a backdrop of awful job ads and a series of wooden boxes which morph into a car, a butcher’s van, office furniture and so on. It’s also about lighting (Alexander Berlage) which sets the pace and feel; while the sound design (Thomas E Moore) adds to the atmosphere and mayhem. 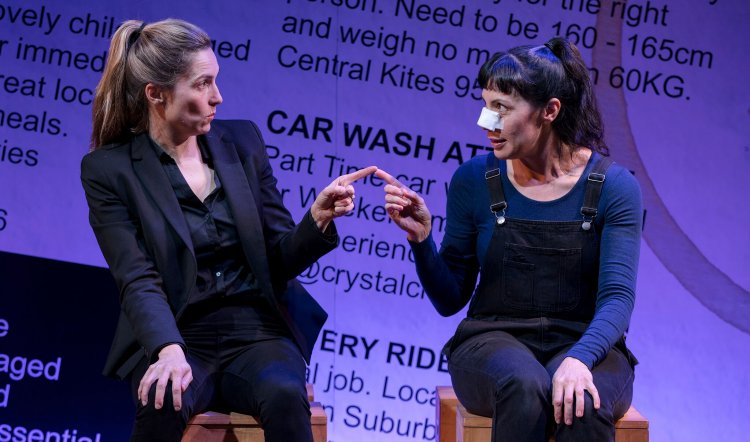 Unqualified is clever and hilarious; superficial and deeply felt. I loved it. You can take out of it as much easy entertainment as you wish, but there’s an awful lot more going on beneath the surface. These two fine actors are paddling as fast as they can and the result is theatrical witchcraft: I defy you not to fall under their spell. Recommended – but probably invest in some pee-proof undies.