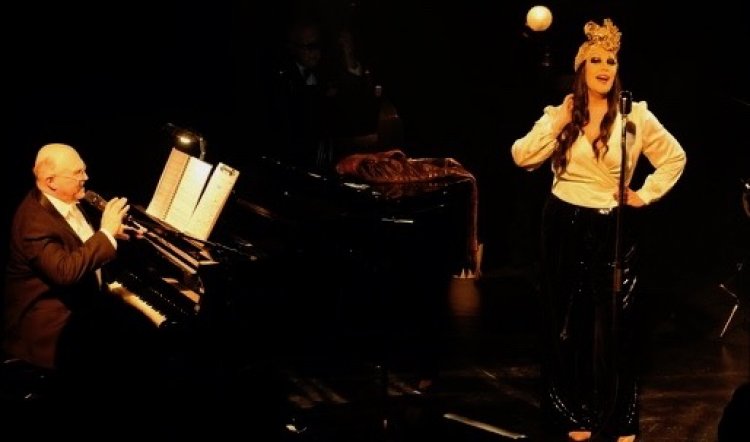 30 SOMETHING, presented by Tenacious C, Tekule and DTCM in association with Hayes Theatre Co at the Hayes Theatre, October 2-6, plus extra show 13 October 2019. Photography by Aaron Lyon and Phil Erbacher

A musical-theatre collaboration between Phil Scott and Catherine Alcorn was always going to be mayhem at worst and hugely entertaining at best. 30 Something is that collaboration and it turns out to be on the best side of mayhem, celebrating as it does, New Year’s Eve, 1939 when a third rate music man has just tied up the loose ends for a world tour taking in Germany and Japan...

And, of course, 1939 gives both the excuse – if any were needed – to dress up appropriately, and to dig out and dust off some fabled tunes. They open with a bit of a rewrite: “Cath and Phil are Back in Town” and continue with high octane versions of “Step Back In Time”, Puttin’ on the Ritz” and “Ya Feet’s Too Big”.

These also introduce the band. As well as Scott’s dazzling hands on the Kawai baby grand, they’ve enlisted the coolest double bass player and drummer, Dave Ellis and Andy Davies respectively, plus – stroke of genius in the mix – trumpeter James Sarno. Fresh out of the Con, in this setting he finesses a variety of mutes to tastiest effect. Glenn Miller would have snapped him up. 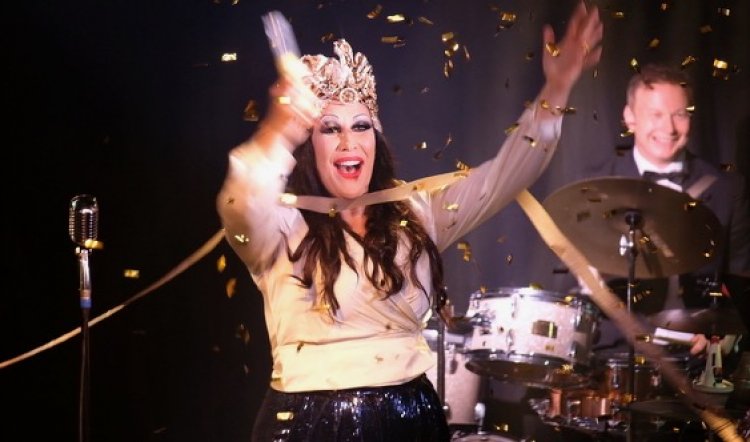 Out front is the chanteuse with the mostest (she does for the cleavage what hasn’t been done since Mae West). One of the hardest working and talented singer-actor-entrepreneurs around, Alcorn is in fine voice and every time she opens her mouth reminds listeners that she’s also one of the most under-rated performers in this town.

Alcorn is also like greased lightning when it comes to an ad lib, razor-sharp quip or other bit of unexpected business. On opening night this attribute was happily on display as they trip-toed through the tulips of a brand new show whose finer points occasionally escaped them. Having never worked together in public before, Alcorn and Scott turn out to be hilarious solo and together and a musical partnership made in heaven.

Having worked with Alcorn (on Go Your Own Way: the Christine McVie Story coming to a venue near you before too long) and admired Scott from near and far for years, it’s a pleasure to experience what they’ve concocted between them. With new arrangements by Scott and most of the songstressing from Alcorn, the selection is eclectic and apposite – for 1939 and 2019, when the politics and dark clouds are remarkably similar. 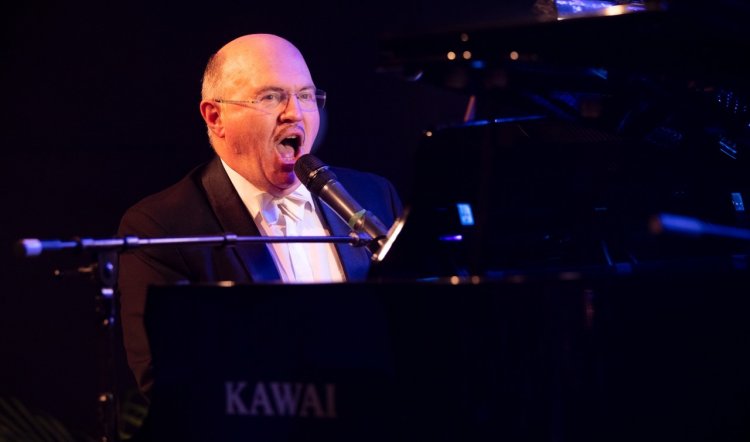 A bittersweet “Thanks For The Memory” is followed by a sweetly bitter “Buddy Can You Spare a Dime” (from Scott with a tip of the hat to Satchmo). While a lounge-style take on “Something In The Air Tonight” lifts it far beyond Phil Collins and 1981. And “Minnie the Moocher” is a demonstration of how much fun Cab Calloway had with audience participation, while a 1930s arrangement, by Daniel Edmonds, and homage to Prince and “Party Like It’s 1939” is also a delicious surprise and an auspicious start to a new partnership. Hi-di-hi-de-hi-de-hi: catch it if you can.