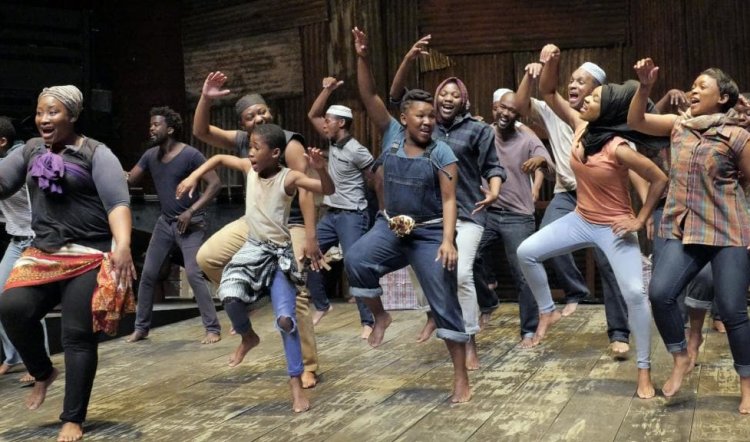 A MAN OF GOOD HOPE, Isango Ensemble and the Young Vic at the Adelaide Festival, Royalty Theatre, 5-11 March 2019. Photography by Keith Pattison

At the age of eight, Somali boy Asad Abdullahi (Siphosethu Hintsho alternating with Phielo Asakhe Makitie) watched as marauding militia-men shot and killed his mother. From then on his childhood became a simple struggle to stay alive and find a safe place to live.

His is a true story and is multiplied by the million across the African continent – and elsewhere in the world. The difference for Asad, however, is that after awful setbacks and the cruelest circumstances, he eventually met and became friends with white South African author and academic Jonny Steinberg. The 2015 biography, A Man of Good Hope – Asad’s story – came out of this friendship.

In 2016 the book was adapted for the musical theatre stage by Isango Ensemble’s Mark Dornford-May, Pauline Malefane and Mandisi Dyantyis. The Cape Town-based company has a strong international presence – in London at the Young Vic and in New York at BAM. A Man of Good Hope was rapturously received at both and now, this visit to Adelaide marks the company’s Australian debut.

It’s an exceptional opportunity to experience not only a clear-eyed portrayal of Asad’s experiences, but also an unambiguous account of racism and the status of refugees in South Africa – all wrapped in tough, beautiful music ranging across traditional tribal, through Township beats to classic operatic and gospel choral fusions. (Musical directors: Malefane and Dyantyis, the latter conducting from the stage as well as participating as a performer.)

During his involuntary odyssey – which is a reminder to those who need it that few choose to put themselves in harm’s way just for the hell of becoming a refugee – young Asad grows up (Thandolwethu Mzembe) to become a dazzling smile and a lesson in capitalism and small business via a box of oranges (bought for 10/- and retailed for 27/-). And eventually becomes an older, wiser, sadder Asad (Ayanda Siyabonga Tikolo) and, as it happens, the possessor of a glorious baritone voice – among a company of glorious voices. 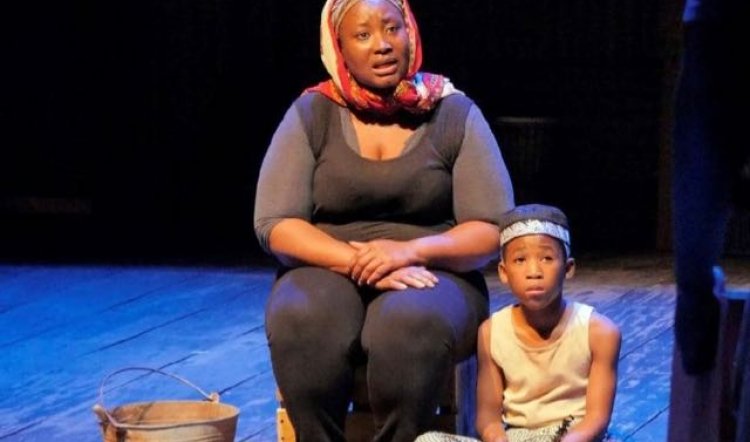 From Somalia, to the world’s biggest refugee camp in northern Kenya, to Ethiopia, Tanzania, Zambia and Zimbabwe, the story of this Man of Good Hope  is often a hard one to watch. Constantly preyed upon, a lone and lonely child, he finds and loses an adult cousin and falls in with inevitably dubious characters along the way, somehow bobbing up like a cork from overwhelming odds.

Although the music and dance are often exuberant and joyous, the underlying darker truths are rarely out of sight, vocally or story-wise. The play on words of the title is a direct link to the earliest colonial experience of the southernmost tip of Africa when it was named Cape of Good Hope by John II of Portugal. The Portuguese, of course, were allocated Mozambique and Angola in the African land grab, along with Germany, Belgium, France and some Dutch who became the Afrikaners; while the Brits snaffled the lion’s share of its riches, no pun intended.

In 1983 I wrote of the colonisation of Africa and its aftermath, “independence meant swapping a white foot on the neck of ordinary people for a black one, but the shoes worn were still hand-tooled in St James.” And in A Man of Good Hope a character remarks of the consequent endless civil and tribal wars, “the bomb had been primed in Europe a hundred years ago.”

The 22-member company brings to life Asad’s story which is also a story of the modern continent. The personal and political are seamlessly intertwined as are the performances, with cast members taking turns to play the giant marimbas placed on each side of the steeply raked stage, with garbage bin drums and all contributing to the vocal score as soloists and choristers.

The Isango Ensemble takes most of its performers from the poor black townships of Cape Town and in the past has specialised in adapting classics from the western canon for that audience, thereby snaring two birds with one show. Controversially for some, however, its main audience remains a white one and the Ensemble’s major success is overseas. 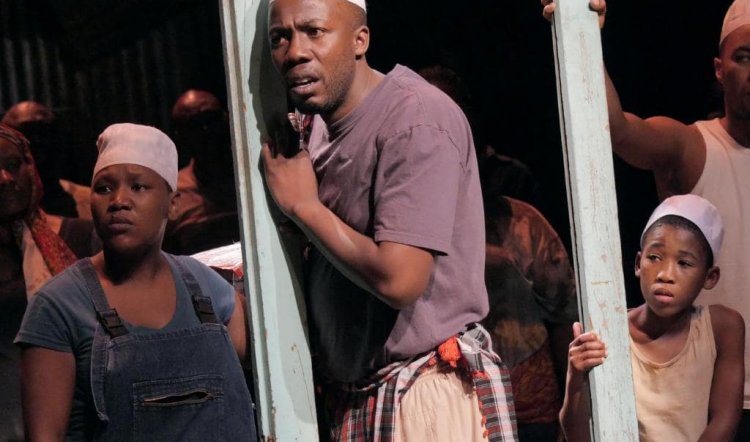 Ironically then, Isango is a popular ambassador for what is now – at home – an increasingly non-rainbow nation. A major impetus for the company is to address South Africa’s growing grassroots racial and political/economic dissatisfaction. It’s a narrative strand in A Man of Good Hope, and might be a shock for white liberals as well as some comfort for the racist right. Similarly discomfiting for the likely audience is the clear, harsh imbalance between men and women which the play candidly depicts while also subverting in unexpected ways.

Altogether, A Man of Good Hope is an unflinchingly honest portrayal of contemporary life in that marvellous agglomeration of nations known as South Africa and that, together with the originality and artistry of the show and its staging, should speak as loudly and pointedly to Australia as it does elsewhere.

To date the only Australian artist to create a similarly eclectic style of work is Deborah Cheetham and she and her Short Black Opera company are rarely if ever seen beyond Victoria. (Hello? Why?)

Meanwhile, Isango and A Man of Good Hope are inspiring, shocking, amusing, tragic and intensely, universally musical. Unlike anything you might have seen before and you won’t forget them in a hurry. Recommended.