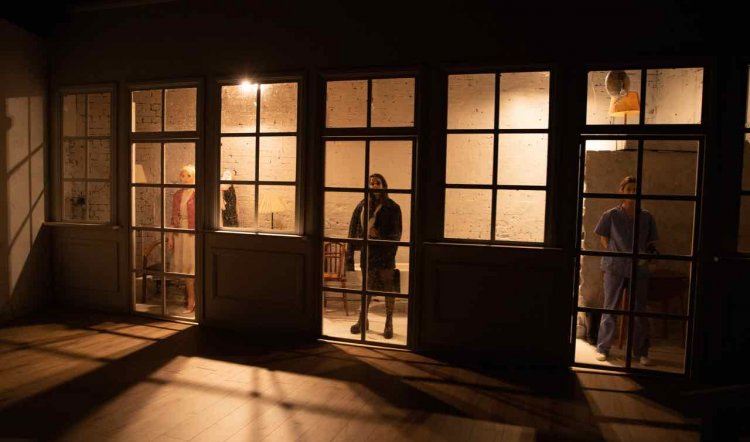 ANATOMY OF A SUICIDE

ANATOMY OF A SUICIDE, Sugary Rum and Red Line Productions at the Old Fitz, 12 June-6 July 2019. Photography by Kate Williams: above - Anna Samson, Andrea Demetriades and Natalie Saleeba; below - Demetriades; below again - Danielle Catanzariti and Samson

English playwright Alice Birch was first officially noticed in 2011 when her play Many Moons was a finalist in the Susan Smith Blackburn Prize, a well-funded US award for women. In 2014 she was again shortlisted with Revolt. She Said. Revolt Again., seen in Sydney at the Old 505 last year.

Meanwhile, Birch has been commissioned and sought after by the UK’s leading companies and TV and is one of its most glittering talents with 2017’s Royal Court success, Anatomy of a Suicide, finally landing her the Susan Smith Blackburn for 2018.

Anatomy of a Suicide is an exhilarating mix of harrowing and entertaining. It opens on a set consisting of three glass-panelled doors in a windowed wall – like a Green Belt conservatory. (It’s most certainly set in England: dialect coach Danielle Roffe has done wonders with a range of English accents.) From each of the doors come or go Bonnie (Kate Skinner), Anna (Andrea Demetriades) and Carol (Anna Samson) of whom a precocious brat (Danielle Catanzariti) says, “My mother says you’re tragedy personified.”

The play is demanding and absorbing, but in this production it’s made harder to navigate than is necessary through the decision by director/set designer Shane Anthony and co-designer Gus Murray to eschew the simple device of UK productions of visually signalling the different time periods: ’70s, ’90s and 2030s. Nevertheless, Veronique Benett’s intelligent lighting is easy on the eye. 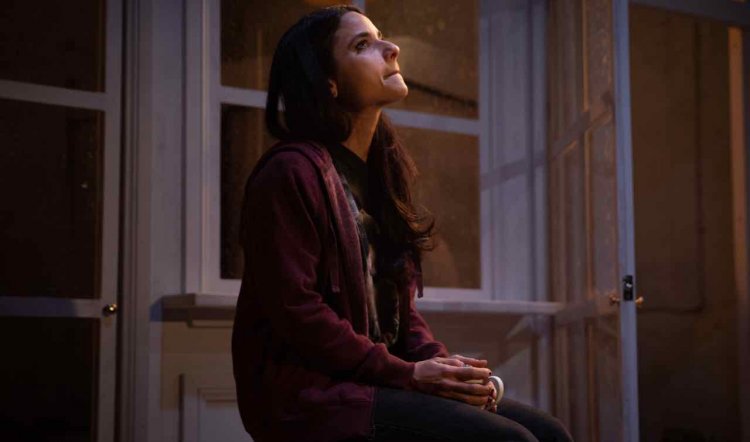 Without prior knowledge it’s virtually impossible, at first, to work this out: that we are witnessing three generations of women – a mother, her daughter and daughter’s daughter – in overlapping dialogue, fragmentary situations and shared history. It’s an unnecessary burden for the audience, and therefore, the cast, and Siobhan Jett O’Hanlon’s amorphous costumes don’t help.

The often brilliant complexity of text and characters is beautifully delivered by the cast – including multi-tasking Natalie Saleeba, Charles Mayer, Jack Crumlin, Teale Howie and Guy O’Grady. And, of course, the effortless scene-stealer Contessa Treffone, who alternates between heartbreaking and hilarious. But it takes a while to figure out and meanwhile, scenes, decades and characters flash back and forth at a bewildering rate and spread.

Nevertheless, hang in there because there’s an astonishing play lurking behind the initial confusion. In a filmed interview for the Royal Court (on its website), Birch says of the play that, after giving – difficult – birth to a child she was thinking about, “What it means to be a mother – all the good things and the bad things. What it means when your mother kills herself – its chaos. How difficult it is to form yourself when your mother is removed from you but also by her own hand and in a violent way.”

In essence, this is the play’s road map: follow it and the rewards are many. It also explores the concepts of Nature versus nurture – is it our social environment or genetic inheritance that makes us? Is it both, can it be either or neither? Who are we and why. You may or may not agree with her ideas, or apparent conclusions, but the journey is original and arresting. You can’t dismiss it lightly. 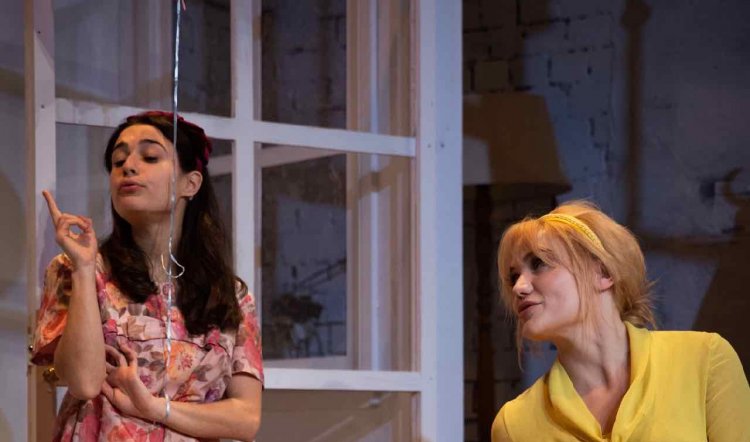 The interlocking dialogue and stories offer wildly differing points of view of three women, one of whom, in the first instance, is released from hospital in the 1970s following her attempt on her own life. Intertwined in her haunting response to her own actions is how she affects first her husband, then her daughter. We see how the domino tips the next, and the next, to the point where one of them says, “No more, I will stop this.” And not in the way one might at first assume.

Woven through the divergent lives of the three are the stories of those who come up against them, either in love or exasperation, or despair. Shane Anthony’s direction is confident and results in fine performances from each member of the cast in demanding roles. They also effortlessly handle the complicated choreography of their interactions with each other and the staging and the effect is thrilling.

However, this is a deliberately confronting and difficult play in its portrayal of depression, mental illness and historical medical and male attitudes to women in the grip of these factors. And although there are many lighter moments and some scintillating humour, Anatomy of a Suicide is to be approached with caution and respect. Recommended with the caveats described.