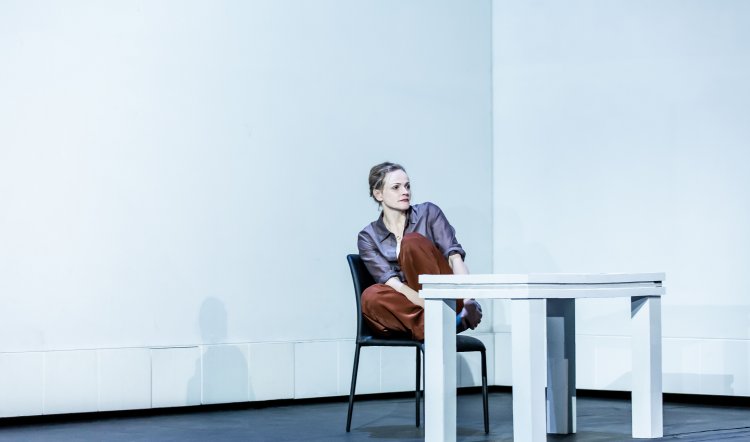 The Barbican – fabled London venue and originator of Avalanche: A Love Story – celebrated its first ever Fertility Fest earlier this year. The event featured sessions such as “Parenting After IVF”, “The Invisible Man – unveiling the male experience of infertility”, “Fertility Freedom Scratch Night – open mic showcase of new and emerging work”, “What comes First: the Career or the Egg” and so on. A mind-boggling celebration of First World concerns.

Forgive me, but the last thing this overpopulated, overheating planet needs is a “Fertility Fest”. Nevertheless, this new play, adapted by Julia Leigh from her 2016 memoir, and starring the fabulous Maxine Peake, was a major attraction of the Fest and now arrives in Sydney fresh from that premiere outing.

From a blackout, to the roaring rumble of an unseen avalanche, Peake appears in rust-red linen trousers, teal socks and dusty-plum coloured blouse. She is the only colour in a clinical white box of a room, tiled, stark, two doorways and a white table and chair. Her characteristic radiant wide smile is the human warmth in the setting and her sly humour – in cahoots with the audience – the only relief.

Relief, in the form of flashes of knowingness and self deprecation are sorely appreciated in what is otherwise an unrelenting account of years of misery and woe. The Woman (Peake) begins her tale promisingly enough with the back story of a relationship, with Paul, long ago gone wrong and then rekindled as she hits 37. They decide to try for a baby. Initially this is tricky because he’s had a vasectomy after fathering a child with his former wife. The detail of their various tests and medical procedures are at once explicit and comical. 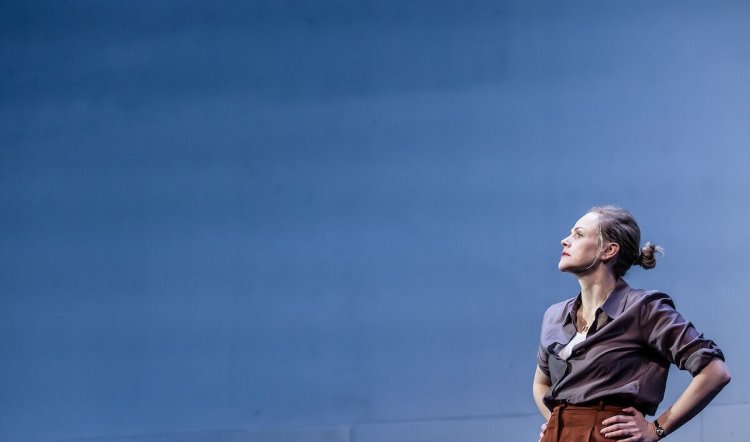 However...as the years and dud efforts go by, Paul has enough and departs while Woman grows ever more determined to have the one thing she can’t have and her efforts know no bounds. Meanwhile, almost imperceptibly and surprisingly, set designer Marg Horwell’s implacable white walls rise away from the floor, slowly revealing a dark abyss beyond which is, presumably, Woman’s inner life – or, actually, lack of it.

Possibly the most interesting and scandalous element of Avalanche is the insight it offers into the IVF industry. And, of course, it is an industry – with not a skerrick of altruism and all about the money, lots of it. As Woman charmingly tells us of her interminable rounds of injections, time tables, blood tests, vaginal invasions, hopes and disappointments it’s possible to calculate the financial cost: about $100,000 and definitely tens of thousands. And for what?

This apparent tragedy is more a thwarting of white, middle class, monied selfishness. Rarely has the definition of a Snowflake been more clearly illustrated (“an inflated sense of uniqueness, an unwarranted sense of entitlement, or are overly-emotional, easily offended, and unable to deal with opposing opinions”). And rarely has an actor given so much in the service of such undeserving, egocentric self-regard.

Peake is best known in Australia for TV roles such as those in Dinner Ladies, Silk and The Secret Life of Miss Anne Lister. She is also a highly-regarded theatre presence in Britain and an actor in the mould of Olivia Coleman – brilliant, different and magnetic. She is all of this in Avalanche and makes it more watchable than it deserves. 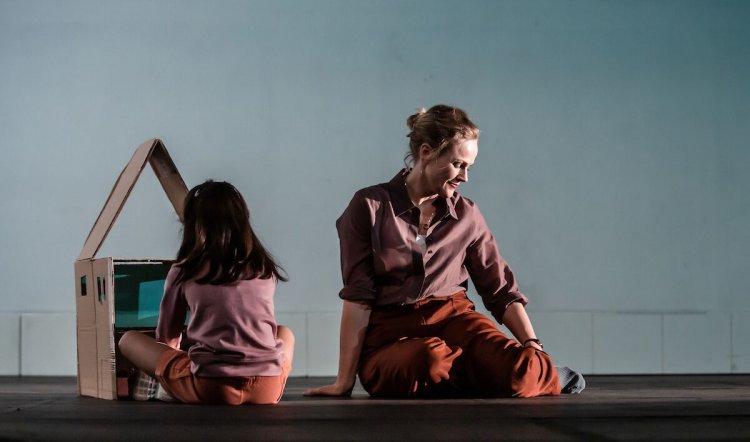 Directed by Anne-Louise Sarks, it’s a cock-eyed pleasure to spend an hour and a half with Peake as she paces about her bleak world, occasionally semi-distracted by the mute arrival and departure of a couple of small kids, but in the main as she relates a life and anguish that could only be that of a first world woman of privilege.

As such, even as she becomes ever more jangled and torn, it’s impossible to sympathise or feel much but impatience. Also something approaching disgust at the cynicism and greed of the IVF industry folk who strung her along for years but finally were forced to divulge her chances as being far south of 20%. In the end: so you can’t reproduce yourself? So what?