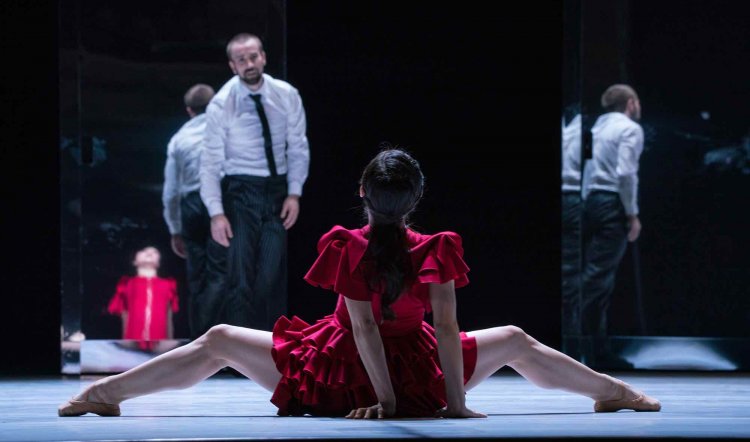 Waiting for curtain-up, on the evening of International Women’s Day, on the much anticipated new Carmen – when yet more intimate partner homicides of women are in the headlines – was a curious experience. Anticipation in the auditorium was tangible.

The performance got off to a curious start, however, as the unmistakably rousing oompah-oompah of Bizet’s overture blasted out across the audience from the speaker banks. We stared at the closed curtains, emblazoned with the Emirates sponsor logo, and dutifully listened, and stared a bit more.

This caused me to remember Lindy Hume’s brilliant answer to the wasted opportunity of closed curtains when she staged the opera for Opera Australia. She opened the curtains and filled the stage with menace, meaning and movement as hordes of peasants marched to the footlights and stared right back. It was an extreme wow moment, never to be forgotten.

An unexpected wow moment happened at the Festival Theatre when, as the overture ended, the audience enthusiastically applauded. The music was recorded, however, and it felt weird rather than polite. 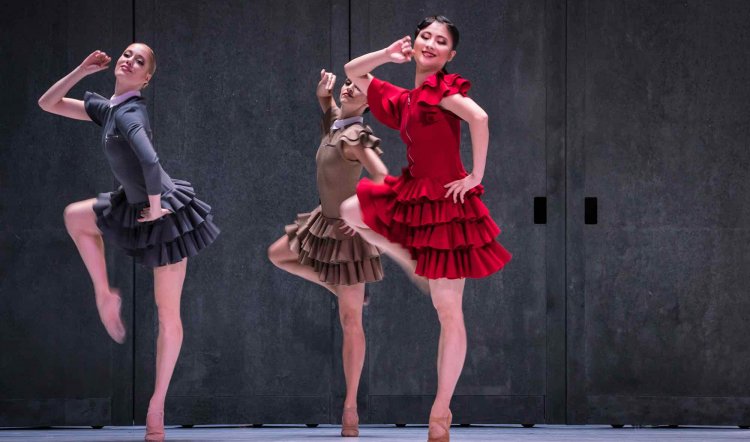 So, what did choreographer Johan Inger do with Carmen, such that, it won him the Prix Benois de la Dans in 2016? In the opening moments he introduces a new character – the Little Boy – who observes the well-known story of seduction, betrayal and murder and, unsurprisingly, is traumatised by what he sees.

It’s a peculiar device as, in the form of androgynously athletic Merkulova, there are added elements of gender fluidity and psychosexual unease that surely weren’t intended. Or if they were, remain unaddressed. As it is, the sight of a “small” boy repeatedly bearing witness to immoderate adult behaviour is distracting rather than enlightening.

The dance too is oddly distracting: early Jerome Robbins and other musical theatre tropes are in evidence in various configurations of male and female dancers. There is something bizarrely 1970s in the pelvic thrusts and sharply-angled limbs of the “sexy” or “seductive” components and crudely sexualised Carmen. although it’s performed impeccably and with practised virtuosity.

The thing about Carmen – the opera or the ballet – is that the testosterone and underlying male dominance and demands cannot be ignored; and neither can Carmen be portrayed any longer as a cock-teasing strumpet who gets what’s coming to her. Well, you can, but what’s the point?

Again, Lindy Hume went a long way to solving the dilemma with a feminist interpretation that – predictably – infuriated many older blokes while thrilling any woman with her wits about her. It was also vital that she had, as her Carmen, a performer in Suzanne Johnston who conveyed the necessary belief in her female independence and refusal to be cowed or used by the men in her life that made the interpretation credible and thrilling. 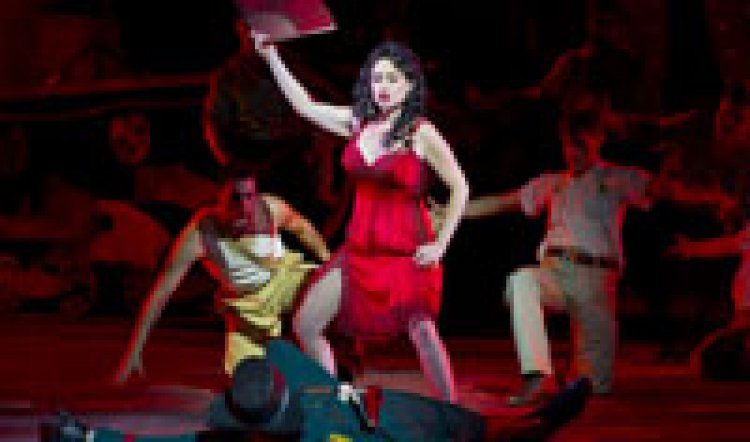 Accomplishing this in a dance work would need a more politically aware sensibility from all concerned than is evident here. Even though it’s contemporary in appearance – the Toreador is clad in slinky black vinyl, the set is a series of movable monoliths, timber on one side, reflective on the other, something like a bullring or plaza is indicated by a circle of light (costume design: David Delfín, set design: Curt Allen Wilmer, lighting design: Tom Visser) – it nevertheless seems old-fashioned and ill-thought out.

The music too is unsatisfying, although exciting and colourful through the original Bizet – with Rodion Schtschedrin and original additional (electronic) music by Marc Álvarez – it’s not as well-recorded or edited as it could be for a company and event of this stature and is often just disjointed.

All in all, this Carmen left me thinking – first of the opera (above) and then of the intelligent, politically astute and artistically brilliant Two Feet of last weekend: what would Meryl Tankard make of Carmen? Why has no one asked her to create one in her inimitable and thrilling style? That’s something I’d come a long way to see. Meanwhile: disappointing, puzzling and unexpectedly dull.