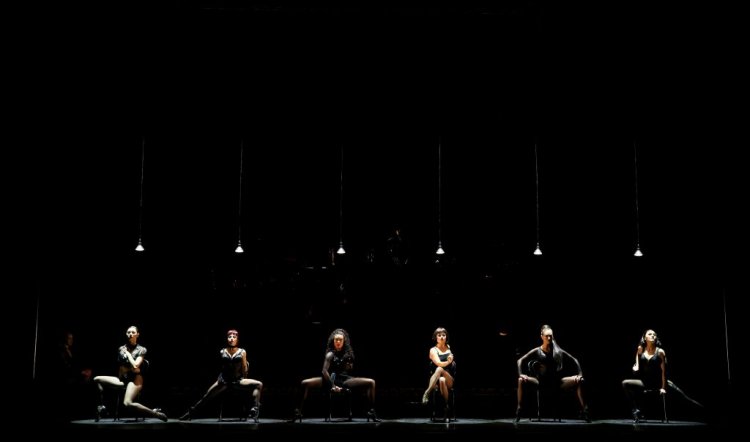 “Murder, greed, corruption, exploitation, adultery and treachery: all those things we hold near and dear to our hearts...” and so begins one of the classic musical theatre shows. Almost 45 years after the first production opened on Broadway, Chicago is as exuberant, naughty and spectacular as ever.

Created by musical theatre giants, John Kander and Fred Ebb with Bob Fosse’s unique choreography, this version is faithful to the 1970s’ idea of the Jazz Age 1920s. It was a rule-breaker at the time and now that presents itself as clarity and simplicity.

Led by musical director/conductor and occasional interlocutor Daniel Edmonds, the band, on three tiers, is the only decoration in an otherwise black space. Bentwood chairs are dragged on and off by the hi-energy singer-dancers when not sitting stage-side observing. Stark directional lighting, variously tinted, makes the changes from black and white to something approaching human warmth – and that’s it.

This means it’s all on the performers to bring alive the drawn-from-real-life tales of gangland Chicago where life was cheap and liquor hard to come by. Roxie Hart (Natalie Bassingthwaite), would-be vaudeville star, lands in the pokey for shooting her lover as he is about to walk out on her. Her arrival, and accompanying notoriety and press interest, instantly dethrones reigning queen of the clink, Velma Kelly (Alinta Chidzey). 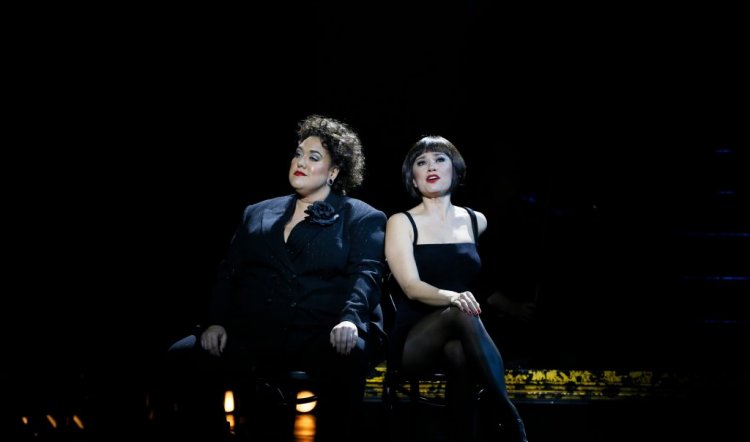 The fate of both women rests with prison matron Mama Morton (Casey Donovan) for whom Death Row’s inmates are a major source of revenue as she wheels and deals lawyers, press and other unspoken favours. Through her, fast-talking attorney, Billy Flynn (Tom Burlinson) can be hired to make their case, not to a judge and jury, but to the court of public opinion, via the yellow press.

For Roxie, this means turning to her cuckolded yet still loving husband Amos (Rodney Dobson). According to Mama, she needs five large if she’s to avoid the noose and despite everything Amos comes up with the moolah. In the meantime, Roxie and Velma do not become besties as they vie for the most lurid headlines. And that, basically, is the plot.

Holding it together are some of the best known show numbers of all time, starting with the sinuous-sexy All That Jazz – which introduces Velma and the company. Nevertheless, a brilliantly-realised Cell Block Tango, featuring five natural born killers (pictured above) is the dark heart of the show, while Mama’s When You’re Good To Mama hints at undercurrents rarely spoken of in polite society. In this instance, however, deadly domestic violence is perpetrated by the women – making it very different from 2019, although the stylised backhanders meted out to Roxie by her boyfriend would please Alan Jones no end.

This Chicago, however, is played strictly for laughs and its inherent harmless cartoon-like qualities and almost entirely to the audience. Therefore it’s an instant and scrumptious audience-pleaser – much like the salted caramel choc-tops on sale in the interval. Delicious but gone in a moment, whereas Chicago can and should leave a richly uneasy aftertaste and does not. 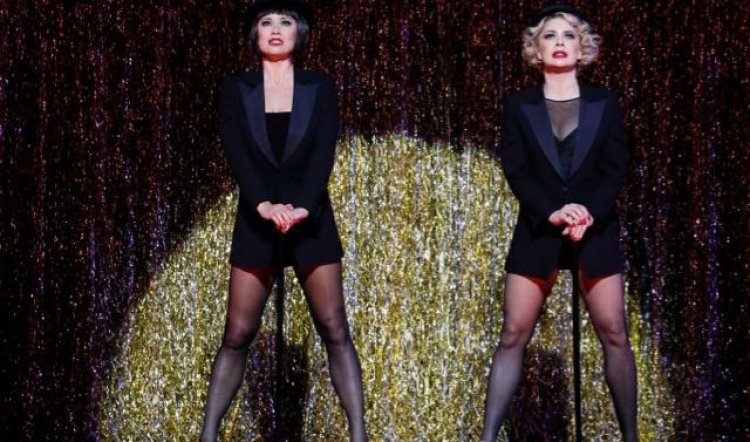 That lies with the direction and its intent – all laffs and surface glitz – and also the casting of Billy Flynn. The Razzle Dazzle of that character’s big number is missing and anyone remembering Tom Burlinson as the wide-eyed goofball and perfect foil for Reg Livermore and Chloe Dallimore in The Producers will figure out why.

Nonetheless, the company of dancers and other principles are superb, with Alinta Chidzey delivering big time on Velma’s all-knowing sexiness while Natalie Bassingthwaite makes much of Roxie’s late onset innocence. Casey Donovan is electrifyingly operatic and J Furtado is all too human as reporter Mary Sunshine. And Rodney Dobson deservedly grabs his show-stopping opportunity with the poignancy of Mr Cellophane.

All up, this is a crowd-pleasing, gorgeously-staged Chicago whose place in Sydney’s cultural landscape is unintentionally illustrated in the inside front cover souvenir program ad. The NSW state government proudly lists it, with no apparent irony, along with Billy Elliott, exhibitions at AGNSW and MCA, Sculpture by the Sea, the Edinburgh Tattoo and the Australian Open Golf. Tra la la – and all that jazz!