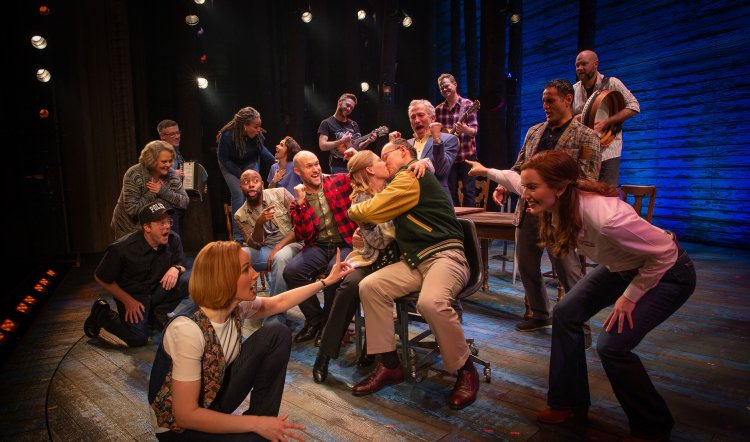 COME FROM AWAY - MELBOURNE

Come From Away, book, music and lyrics by Irene Sankoff and David Hein, was originally developed at the Canadian Music Theatre Project in 2013. It has gone on to become a sensation across the theatre-going globe. The reason it’s so successful is simple: the show is all heart with some great toe-tapping music. And the reason it will do well in Australia is that the story is a true one and it seems the audience is 100% for it even before the first number.

The disaster that was to become known simply as 9/11 affected everyone no matter how isolated from the United States. The broadcast TV news was more than shocking and impossible to forget. But...how would we have felt being on one of any number of aircraft stuck in the sky in the slipstream of that nightmare.

With the airways to the USA choked and rapidly being closed by the government, 38 planes carrying over 6000 passengers were diverted to the remote town of Gander in Newfoundland (population: 11,000). Trying to get your brain around those figures and that number of aircraft all waiting to land, with pilots not knowing the terrorism risk to their own planes, is breathtaking. Then you have townsfolk learning the news – of what has happened and that it’s bringing these people.

They are unaware of who these people are, but they do what you do in crisis: you pull together, open your hearts and your homes and make it work. It’s hard to imagine how. These were long-haul aircraft carrying traumatised international passengers crossing the Atlantic from somewhere to somewhere. And not forgetting animals in the hold – all sorts of animals. 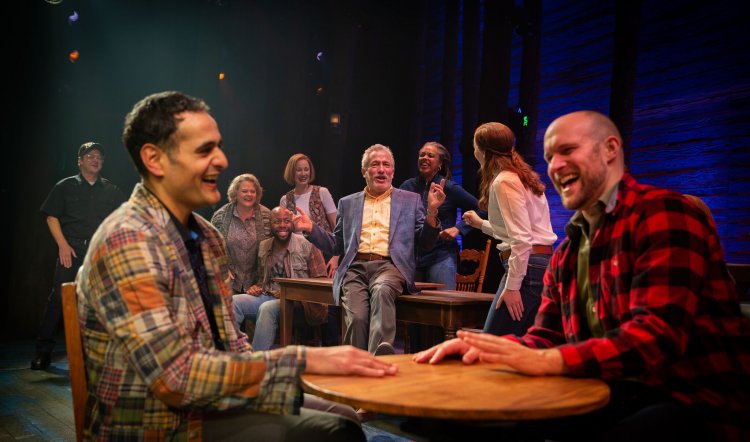 The night I was at Come From Away, the audience obviously knew the story, they were “in there” from the get-go. Applauding the raise of an eyebrow, laughing, gasping and gently crying, leaping to their feet at the end of the show as one. You can’t help be taken up in the euphoria.

The cast is sublime. Having so many previews under their belts has worked for them. They play off each other effortlessly as they move from character to character. And it is no mean feat as they all take on multiple characters. The change of a hat and drop in the voice, it works.

A functional set (Beowulf Boritt) is made for touring and gives the main area over to the actors to play in, using chairs to replicate a plane, a bus, a bar and a school auditorium. The band is on either side of the stage, under the direction of Luke Hunter, and is tight with an Irish lilt. The musicians were fantastic and so good to see them get their own ovation at the end of the show.

Director Christopher Ashley has choreographed the actors brilliantly, their timing between characters and each other vital and it is executed seamlessly. 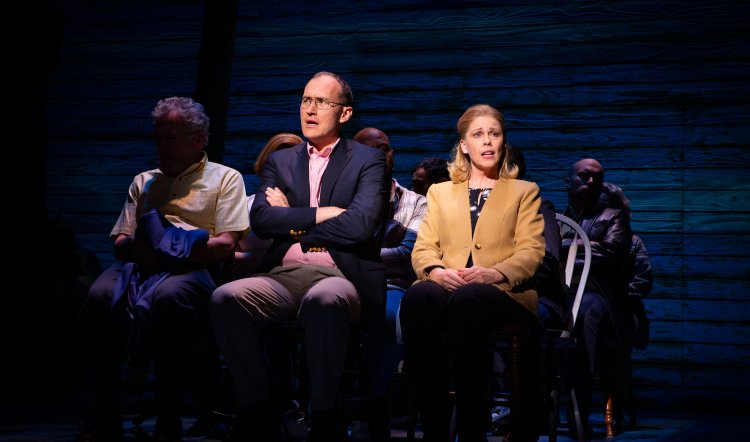 The actors too seem to have opened their hearts to the impact of the Come From Away people. They play them with obvious care and understanding – just as did the Gander people when confronted with so many in a state of fear and displacement. This was brought to the fore when Bob (Kolby Kindle) can’t quite understand the kindness. He is terrific.

There is an unlikely romance, bonhomie and tensions as would happen when a large number of people are brought together. All religions are catered for. The lone Muslim character, played beautifully by Nicholas Brown is lost and wary until he finds himself in the kitchen. He is a chef by trade and food, as always, is the great communicator. Nevertheless, he still suffers the ignominy of being strip-searched before finally boarding the plane for home.

Come From Away is a feel-good musical with a big heart and is beautifully realised.