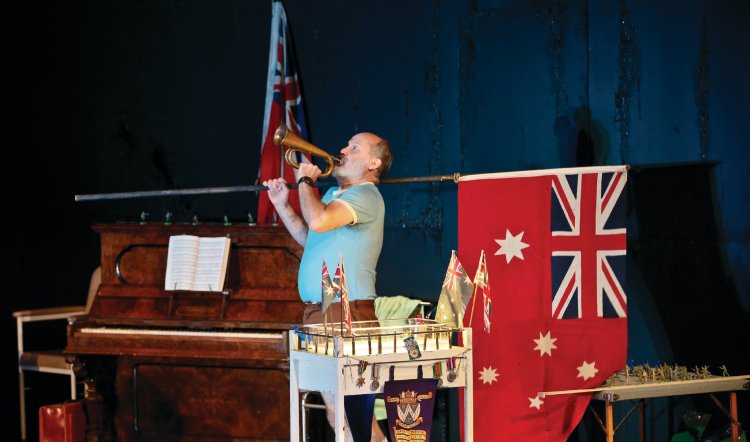 Although winningly described on the STC website as “heartwarming and hilarious”, Louis Nowra’s Così is so much more than that in this production directed by Sarah Goodes. A co-production between the state companies, it’s also deeply moving and its emotional effects linger long after the performance is over.

First staged at Belvoir in 1992, Così goes by that often ill-used label, “a classic” (commonly: just old-ish). In this instance, it’s a true classic of Australian contemporary theatre, but its universality and enduring humanity mean it resonates across time and cultures and it’s almost constantly in production by professionals, amateurs and schools across the country and overseas. This glittering revival opened in Melbourne in June; the cast and director then had a four month break before reuniting for the Sydney season.

According to one member of the company, Sarah Goodes (who, in the opinion of the actors, apparently walks on water) has made some fine tunes and tweaks during the hiatus. Only the actors know how it has affected the show, but the fact is, this Così is a marvellous production of colour and light, nuance and brash boldness; and, as already mentioned, is all heart and poignancy as well as extremely chucklesome.

In writing about Summer of the Aliens, the prequel to Così, Nowra said, “Memory is remembered emotion, not facts.” The same can be said of this second play in the loose “auto-fiction” trilogy which depicts the misadventures of young, then adult and later, in This Much Is True (2017), a much older and wiser Lewis.

In Così, Lewis (Sean Keenan) has just graduated from uni and is nervously anticipating his first professional job as a theatre director. Lewis’s new work place is a psychiatric hospital and, nowadays, his job would be called theatre therapy, or similar. He’s tasked with putting on a show with the patients/inmates. (We are decades before “client” became the PC descriptor.) 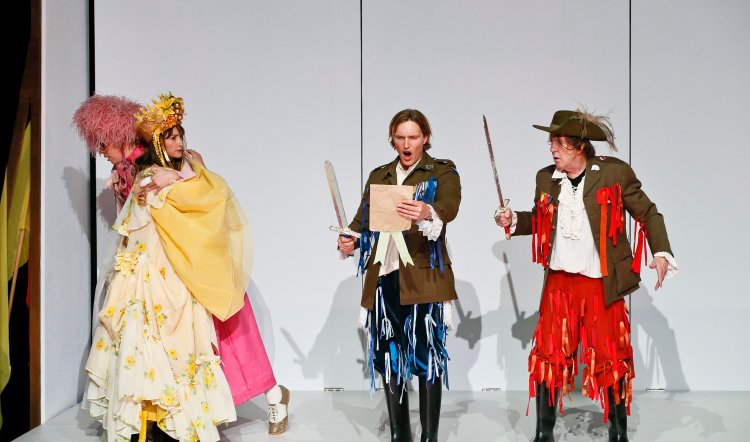 To this point he’s been earnestly caught up in the social upheaval of the anti-Vietnam war movement. His best friend Nick (Gabriel Fancourt) is a mover and shaker of the impending moratorium protest and girlfriend Lucy’s (Esther Hannaford) personal politics of down with the upper classes and their sentimental constructs of love and fidelity. Nascent feminism is also floating about.

All these elements collide with eye-watering force when Lewis’s plan to stage a serious-minded Brecht play is derailed by Roy (Robert Menzies). He is one of the more florid inmates. He dreams of Mozart and is a cross between Noel Coward and Patrick White; he insists they mount a production of Così fan tutte. That the patients who’ve responded to the casting call can neither sing nor act, never mind manage Italian, matters not a jot. Also, although a battered upright piano is sourced, the only musician is Zac (Fancourt again) and he’s so bombed on meds he falls asleep with an atonal crash on the keyboard. When he's awake he only wants to play Wagner on a piano accordion. (Composer and sound designer: Chris Williams.)

The Drama Theatre stage is transformed into a dark, dank “theatre” whose wall panels are variously peeling off and the whole place is smoke-stained and grim in a stylish design by Dale Ferguson with lighting by Niklas Pajanti that somehow enhances the gloom before turning into a virtual character of its own.

The cause of the fire damage is Doug (Rahel Romahn), an erudite, lettered pyromaniac for whom the main downside of arson is that to make it spiritually satisfying, the perp has to be on the spot and therefore liable to arrest; hence his present incarceration. Doug is deeply awful and charming and Romahn makes him a truly disconcerting presence.

Lewis’s other cast members are the sternly OCD Ruth (Katherine Tonkin) who reluctantly agrees to take part but demands to be told exactly how many steps to take and in which direction she should move for her every utterance. Her bi-polar opposite is Julie (Esther Hannaford), a gentle, melancholic junkie who can hardly wait to get out and start using again, even as she and Lewis begin to find a private patch of sunlight. These are two very different and exquisite performances. 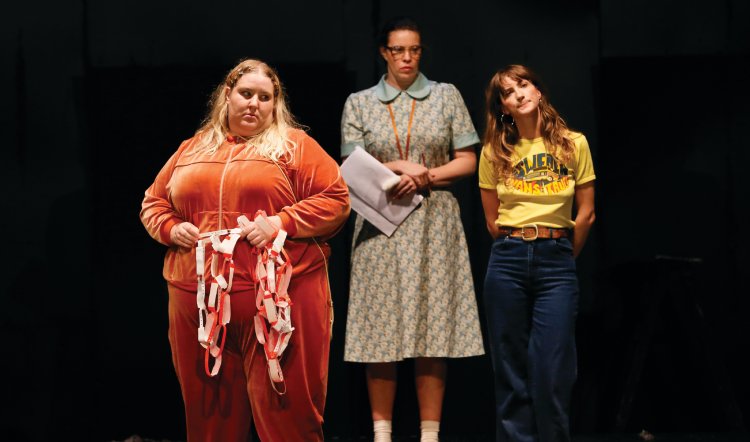 Also in need of sunshine and human warmth is Henry (Glenn Hazeldine), a former lawyer who is almost catatonic with misery. It manifests itself in total refusal to engage with others and the constant need to disappear. Roy keeps him on a tight rein however, and Henry’s gradual blossoming into a fragile flower of a man is heart-wrenching.

As well as the irresistible force of nature that is Roy (a career-best performance from Robert Menzies), there’s also the all-power, all-energy riveting presence of Bessie Holland as Cherry who redefines grand larceny when it comes to scene-stealing, and is the embodiment of comic genius.

At two hours and 40 minutes, including an interval, Così, draws its audience into the musty gloom of the hospital and its inhabitants’ lives. Then almost imperceptibly, the light, the atmosphere, the colours and the clothes (designer Jonathon Oxlade) begin to change. Against the odds and logic, Lewis and his crazy gang somehow take the essence of Mozart’s opera and make it a paean to humanity, love and hope. (In the role of the comedy’s straight man and also the lynch pin keeping all together, stage newcomer Sean Keenan is a revelation.)

Così is by turns ridiculously funny, politically illuminating, excruciatingly non-PC and emotionally profound. It’s terrific entertainment and made more so by a fine director and great cast. Recommended without reservation.