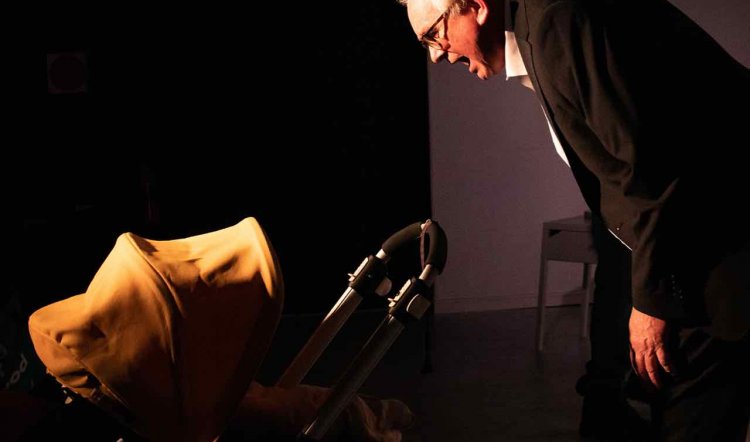 Eric Miller (Roy Barker) is a Belfast Loyalist whose centuries-old PTSD of the soul is evidenced in his deep hatred of Catholic Ireland and in otherwise outrageous views. Of course he’s not racist, he tells Bridget, his psychologist (Branden Christine), although he’s disbelieving to the point of giggles that she’s the therapists and black!

Eric is being seen by a therapist because he’s convinced his five-week-old grand daughter is Gerry Adams. This might not mean much to many Australians but to a rabid Ulsterman, it’s like discovering your baby girl is Satan – but worse. Adams being an Irish republican and the leader of Sinn Féin.

Eric takes one look at the baby, cradled in her mother’s arms, and nothing can persuade him that the sleeping girl is not the Fenian bastard of his life’s nightmares. To place his mindset in context: both his daughter Julie (Amanda McGregor) and his wife and the baby’s doting grandmother Bernie (Jude Gibson) are normal, ordinary women.

Mind you, they live in a house on Cyprus Avenue. The very same that Van Morrison wrote about – the street of dreams and aspiration; tree-lined and tranquil and as far removed from the privations and violence of the Shankhill Road, and generations of enmity between Catholics and Protestants as might be possible.

Playwright David Ireland is fascinated to the point of blackest comedy by the insanity of Northern Ireland’s sectarian divide. Previous plays had been moderately successful, then Cyprus Avenue poleaxed audiences at the Royal Court in 2016. It won the critics and two major awards as well as runs at the Abbey Theatre, Dublin and in New York. It’s now on a return season at the Court. 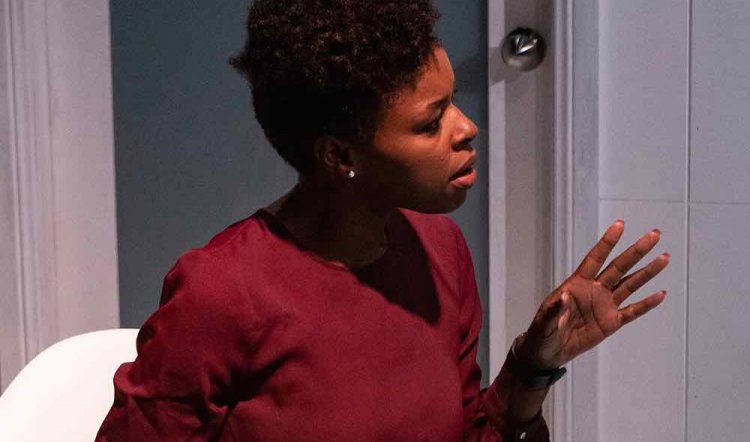 Then, Ireland wrote Ulster American. It was staged by Edinburgh’s Traverse Theatre and was their smash hit contribution to the 2018 Fringe Festival. It then embarked on a world tour – including Adelaide and Auckland this year. (See the archive for a review of the Adelaide Festival staging.)

We shouldn’t be surprised, perhaps, that this major new voice first appears in Sydney through an independent theatre, and Cyprus Avenue is a must-see for anyone interested in new and significant theatre. Ireland has the wickedest sense of humour – possibly the only way to deal with an Ulster that’s been so homicidally toxic for so long. (And could so again if Brexit isn’t sorted.)

A previously mild-mannered grandfather, Eric’s obsession with the 70-year-old Irish politician’s appearance in his household in the form of a baby becomes maniacal. His reasoning is at once logical and demented and neither Julie nor Bernie can talk him out of it. (If this notion is ringing a distant bell, think Martin McDonagh’s The Lieutenant of Inishmore, wherein a fanatic from the other side of the border is driven to murder when he loses his pet cat.) In Cyprus Avenue, however, the question of masculine identity is also entwined with the politics of place and religion and very guilty and shocking mirth.

Sitting on a park bench, Eric is overheard pondering the meaning of life and Britishness by Slim, a pistol-toting wannabe assassin (Lloyd Allison-Young). He is a young man on a mission but it’s occasionally hampered by being unable to carry out hits on Tuesdays because that’s when he goes to anger management classes.

One of the play’s funniest scenes is when Slim threatens Eric and Eric won’t play along. Slim insists Eric open his mouth so he can shove in the pistol and shoot him, but Eric stoutly refuses, arms folded as he sits on the bench. Slim frantically tries to force open the older man’s mouth, to no avail. He finally loses his temper and his solution to the problem is – I’m slightly embarrassed to say – hilarious. 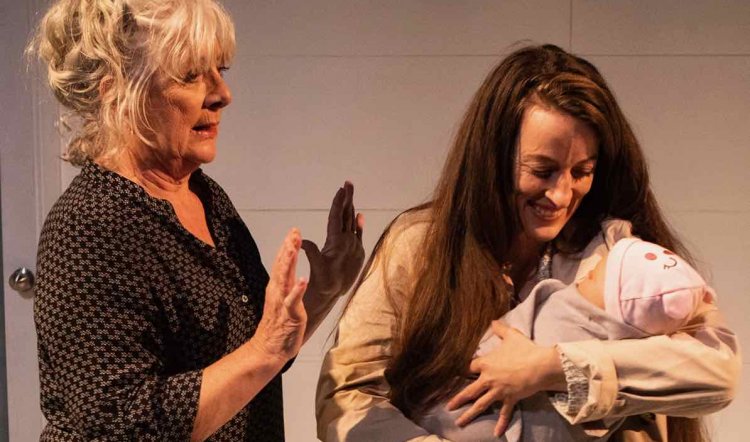 Eric is an awful man, his carapace of prejudice rock-hard from a lifetime of dogmatism. Bernie and Julie have put up with his shenanigans for decades but this new fixation with the baby girl/Gerry Adams is a tipping point. There is no way they can understand or reach him. His vehement illogic is at once so rational and so deranged it can almost sway the listener – before reason kicks back in.

Although some knowledge of Irish-Ulster history and politics might unpack a few references, Cyprus Avenue is not parochial. Rather, the perils of hanging on to the past and using violence by way of argument is something that touches many. Cyprus Avenue is the modern world in microcosm.

Anna Houston directs this production with a well-tuned ear for the language. The relationship between the family members is teased out in beautifully calibrated individual performances from Jude Gibson and Amanda McGregor, while Roy Barker’s central role is mesmerising. The smaller but vital roles of Branden Christine’s bemused and watchful psychologist and Lloyd Allison-Young as the furious would-be assassin are equally finely drawn. Dialect coach Linda Nicholls-Gidley has also done a fine job.

Played out on a simple white and bright set that doesn’t clutter the play (designer Ester Karuso-Thurn, lighting: Matthew Cox) Cyprus Avenue is shocking, funny and provoking in the extreme. A must-see.