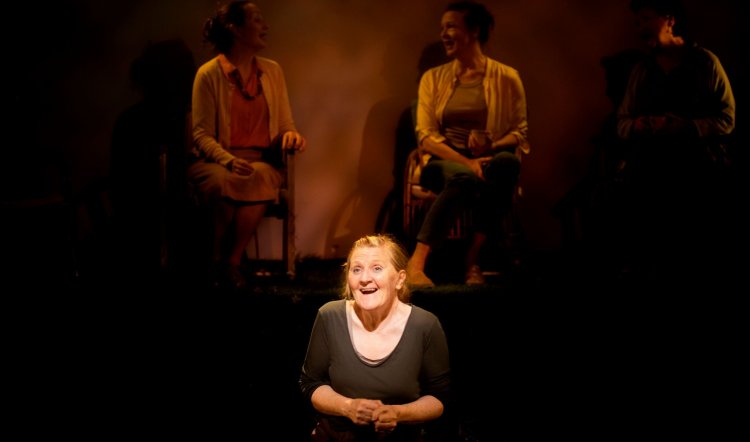 Written by Caryl Churchill in 2016, Escaped Alone brings together disparate women – Sally, Lena and Vi – who drink tea and talk in the late afternoon in a garden. Three of them have been doing it for so long they finish each other’s sentences, talk over each other and let sentences hang, incomplete, in the air. They also choose not to listen. It’s a classic Churchill motif. Cosy, it is not.

Why there is this get-together is not apparent nor is it important, they talk about their sorry lives, each with an Achilles heel. Sally (Caroline Lee) is a retired doctor who is extremely phobic about cats. Lee’s monologue that lets us into this phobia is wondrous. Lena (Marta Kaczmarek), who would prefer to be invisible, suffers anxiety. Vi (Margaret Mills) is a retired hairdresser who is also dextrous with a knife and has a secret that Sally knows – she was there at the time. Was it murder or self-defence? They needle each other endlessly.

Interspersed with the inane chat, vision-blinding lights fade out to reveal a lower level of the apocalyptic type. Down there, Mrs Jarrett (Julie Forsyth) a neighbour, has often walked along the street and peered in and longed to join. Finally noticed by the group, she scales the high fence, finds a seat and that’s it, she’s in. 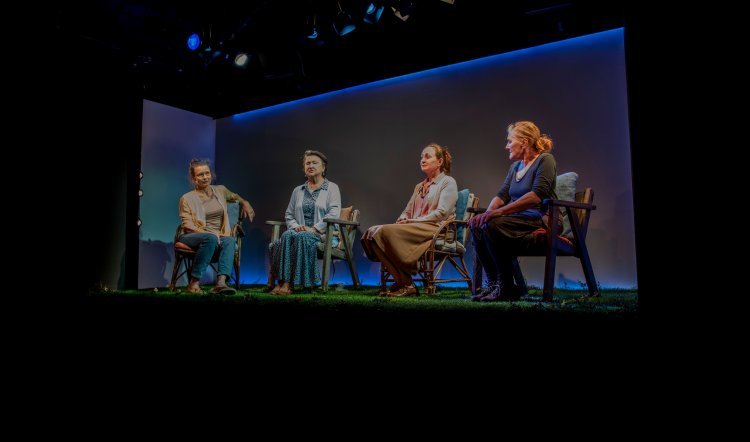 Forsyth’s Mrs Jarrett could be a sage, God, or madness itself. She soliloquises in riddles and contradictions – the world has gone mad, the world has gone bad. And wonderful utterances such as, “Famine will break out when 80 per cent of food is diverted to TV programs. People will just watch breakfast on iPlayer, and a smouldering stump of a tree is art.”

The four women are supposed to be “all at least 70” and all are struggling with what their lives have thrown at them in the unforgiving politics of the 21st century. Forsyth is, for the most part, the listener of the quartet, her timing is impeccable and funny. Mrs Jarrett’s monologue of two words repeated over and over, reveals so much.

The set (Dann Barber) is almost like a photograph. The garden is contained in a boxed raised stage with grass and chairs. The scene change from upper to lower worlds denoted by the stark, white lighting bank (Rachel Burke) that reveals the cold and dank of the under world over which the comfortable women sit, unaware. 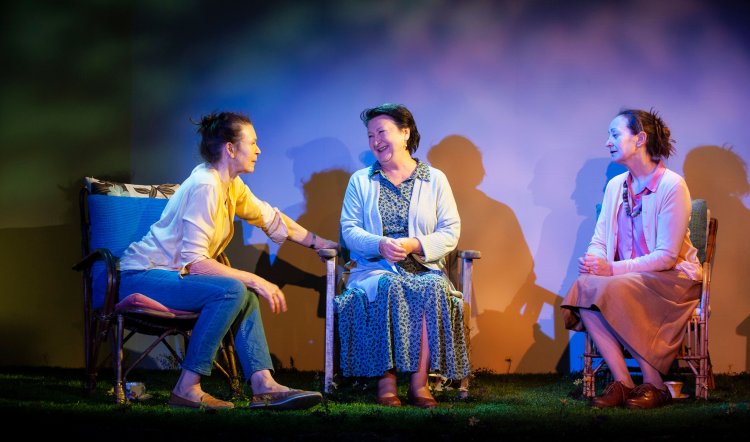 Director Jenny Kemp, who is no stranger to directing Churchill’s work, adds her mark of the absurd. Escaped Alone is a snapshot of life, where I found myself often laughing out loud, and runs for a little under an hour. That alone suggests it might work well in a double bill with another short Churchill work.