Every Brilliant Thing has been a phenomenal success for its creators, playwright Duncan Macmillan, on whose short story the work is based, and comedian Jonny Donahoe. The latter originally performed the 1+a-bit hour show on a worldwide tour (which touched down in Perth and Melbourne in 2016) and also in an HBO documentary.

Happily, for those privileged to see her, at Belvoir the protagonist-narrator of the story is taken on by Kate Mulvany. She is the seven-year-old who makes a list of everything wonderful she can think of and gives it to her mother. This is after her father has collected her from school to tell her that her mum is in hospital and has “done something stupid”; and is sad. The kid is seven and attempted suicide doesn’t mean a great deal, but she knows it’s not good. The first thing on her list is, of course, ice-cream.

For this production, Upstairs Belvoir is transformed into a theatre-in-the-round with an intimate stage where Mulvany commands the crowd in the sweetest and most reassuring example of audience participation one is ever likely to have experienced. This is essential as random audients are given a numbered card (bearing a listed thing – staying up late watching TV, finding a hairdresser who does what you want, bubble wrap) and, at various moments throughout, others are gently cajoled into physically taking part.

Someone is her dad, another a school counsellor, another is the vet who euthanises Sherlock Bones, the kid’s first pet and, as she grows up, there’s her fiancee and so on. (Your correspondent was collared to be the university lecturer who introduced her to Goethe’s Werther...but never mind.) 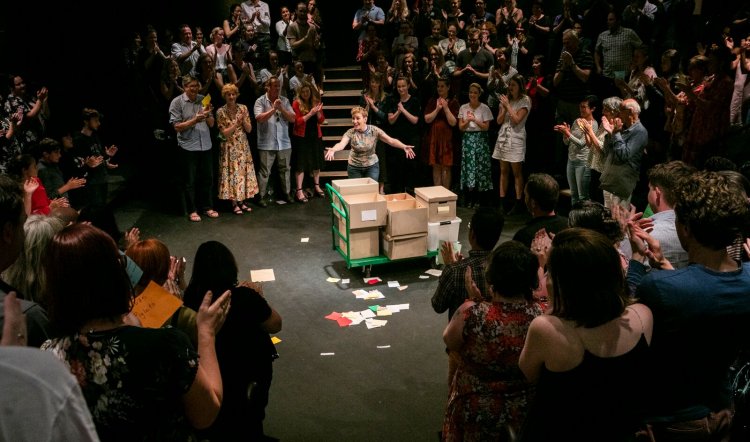 In an interview in the SMH in 2016, Donahoe said, “If you break your leg, there’s no shame in that and yet for some reason if something goes wrong with you mentally rather than physically we really don’t know how to handle it...I don’t know how we get past that as a society.”

With this play he has a damn good go at it. Every Brilliant Thing is a frank and intense exploration of suicide and mental illness that is – crucially and unflinchingly – funny and sad. The house lights are up throughout the show on a warm rather than harshly revealing setting (lighting designer Amelia Lever-Davidson) and with Kate Champion’s sensitive direction taking Mulvany easily and naturally to all parts of the auditorium and the character, the sense of happy inclusion is tangible.

It’s a remarkable performance from one of our most remarkable talents. Mulvany’s ability to go with the flow and ad lib where necessary while keeping the tightest control on a complex text and character – who starts at seven and is seen through adolescence into adulthood – is breathtaking. She plays her audience like Tognetti plays his Guarneri: one minute I was laughing, the next, in tears and electrified by the thoughts and memories conjured by the piece and its playing.

Unexpectedly – for me at least – in amongst the sheer fun and deeply personal elements raised for each person there are insights and information that can only be helpful or illuminating at a time when despair and hopelessness are in the news and around us on a daily basis. (Christchurch has hit home for many, many reasons, for instance.) 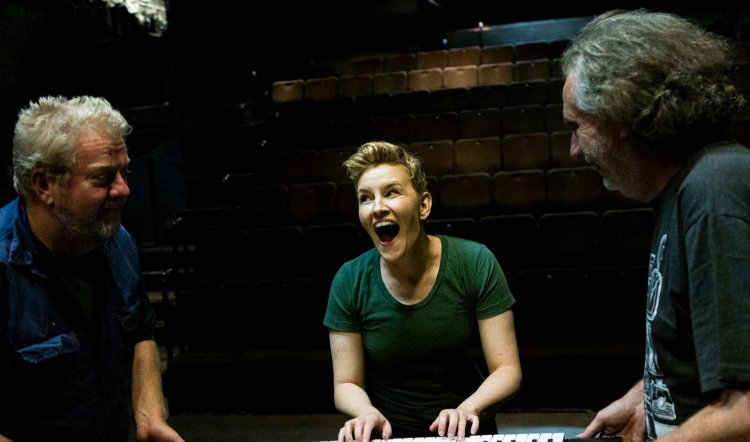 What was particularly moving was watching people listen hard, repeatedly nod, smile, look surprised or relieved and at all times, be more engaged with the play and actor and each other than might be expected in a brightly lit room full of strangers. Every Brilliant Thing doesn’t offer soppy fridge magnets or cute GIFS, however, it’s way more honest than that. “If you live a full life and you get to the end without ever once feeling depressed, you probably haven’t been paying attention,” is one of the more telling observations.

The glorious Steve Rodgers takes over for the second part of the season and on to Riverside (see above for dates) and I can’t wait to see his take on the role. Meanwhile, it’s the last time we’ll be seeing Mulvany on a Sydney stage for some time as the big wide world has finally got wise and knocked on her door – and she’s answered.

A brilliant thing that isn’t listed in the play that should be is Kate Mulvany herself. She has the heart of a lion and a mind that soars: this is a very brilliant thing.