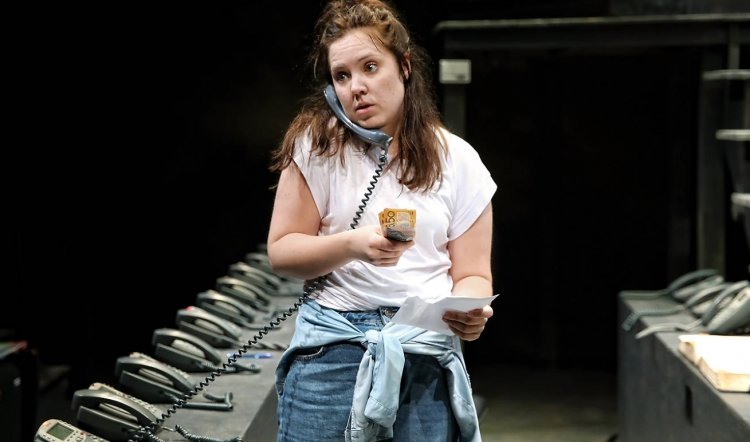 Becky Mode’s Fully Committed was a hit in New York around the turn of the century. Then, the one-man show about life below stairs in a fine diner was funny and clever. It was revived in NYC in 2016, with updates around the ever-changing nonsense of high-flown food. For instance, in answer to a question about the menu the caller is told there’s “nitro-frozen shaved foie gras enshrouded in a liquid chicken-filled orb.” The inquirer exclaims with relief, “Oh, there’s chicken!”

To date, Fully Committed (trs: “mate, we’re full as a goog”) has been performed by a male actor, but this time the remarkable Contessa Treffone takes on the role of Sam, an out-of-work actor who pays the bills by toiling over the restaurant’s reservation phones.

Treffone plays not only Sam but each and every caller who clamours for attention and a table. That makes some 40 different voices and physical changes and her ability is remarkable. The action has been shifted to Woolloomoolloo and some “names” also localised, but Gwyneth Paltrow survives, via her giddy assistant, as does the unbooked arrival of Heston Blumenthal. 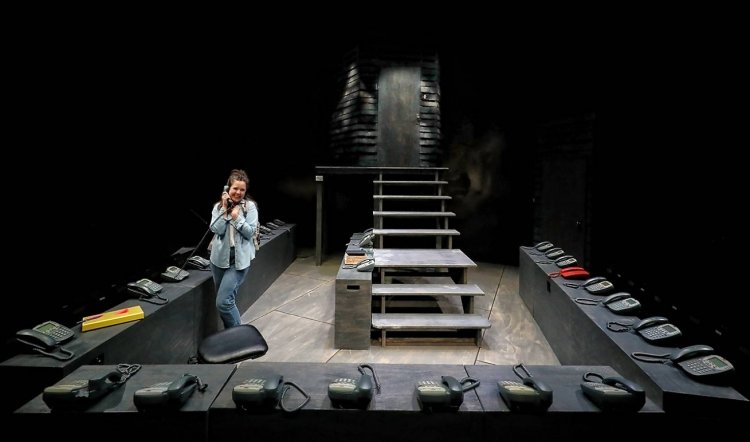 Sam is also called by her recently-widowed dad who tries not to press her to come home for Christmas, but his hope is touchingly unmistakeable. Then there’s her bestie and fellow actor who calls to gloat in the name of honesty about their very different audition experiences. And on the red phone, the boss “bad boy” chef behaves in a way that ought to provoke any woman in the audience to slap him.

The curious thing about Fully Committed is that the depiction of restaurant culture – at the obsessive “molecular gastronomy” end – is spot on. Yet the societal aspects now seem as uncomfortably anachronistic as when cuisine minceur first put a single snow pea and a dot of moose mousse on a large white plate.

Sam is oppressed, abused and downtrodden at every turn: by employer, workmates and callers. With a woman in the role the premise is possibly less amusing than was originally intended. Sam’s (almost) unshakeable civility and deference to those who don’t deserve it isn’t funny – whereas coming from a man it may have been incongruously so.

If you’ve ever worked in a restaurant, or indeed any place where “the public” is boss, you’ll be reminded of how vile they can be. All want something yesterday and don’t give an organic, hand-plucked fig for Sam. And now we’re also aware of the wage theft scandal as celeb chefs such as George Calombaris and Neil Perry slap their foreheads and say, “oops, I just didn’t realise,” as the unpaid millions to the peons are revealed. As it turns out, there is more to chew on in Fully Committed than might at first be apparent. 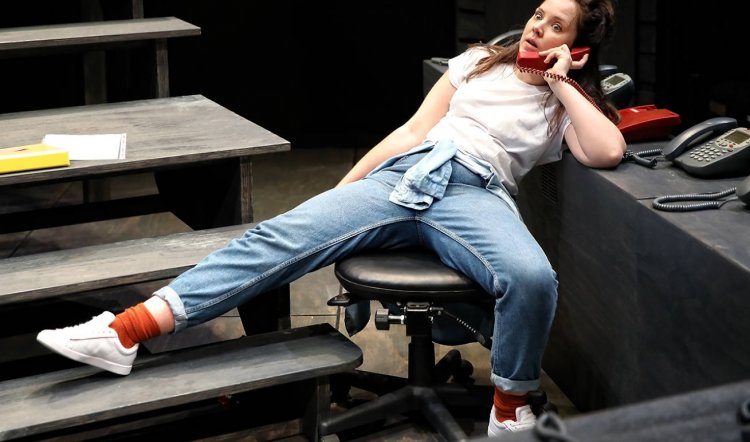 As well as honing the physical characterisations and transformations between characters, director Kate Champion has choreographed almost constant movement for Treffone: out of the basement to a landing where her mobile will work, to and from various phones around the room and to an intercom on the wall. It’s skilfully done, madcap style, and makes the most of the piece.

Yet despite Treffone’s mesmerising grip on the work, 90 minutes could easily lose 15 of repetition. And she’s not helped by a set that doesn’t make sense: three benches around three sides of the stage on which are 30 phones, the majority of which remain dead and distracting. (What, no switchboard?)

Nevertheless, Fully Committed is fascinating mainly thanks to Treffone. Think about it next time you snap at the voice on the other end. It might be an out-of-work actor and it will definitely be a human being!