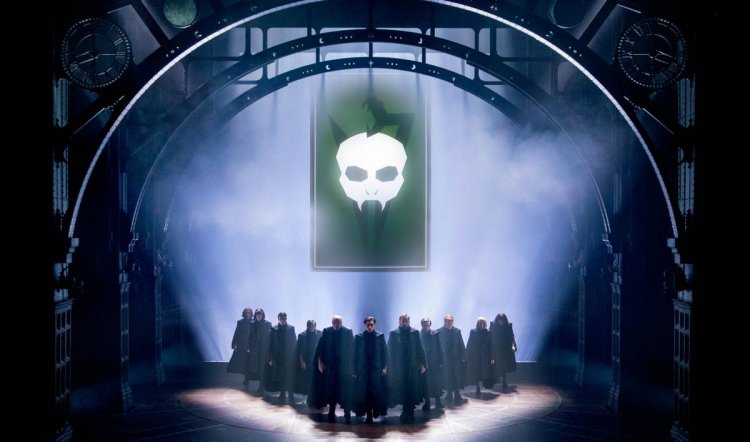 The Australian production of Harry Potter (19 years on from the seventh book) really is “much anticipated”, not least because it’s been in preview for weeks and word of mouth has been loud and positive. It’s a remarkable and deserved coup for Melbourne: after opening in London and Broadway, this is the one, and it ain’t going nowhere.

The Princess Theatre – already Melbourne’s loveliest – has been refurbished, as per the West End’s Palace and Broadway’s Lyric. It has new “H” embellished carpeting, re-covered seats and other (#keepthesecrets) decorative and theatrical elements including sound, stage and lighting upgrades on which the Marriner Group has invested $6.5m.

In addition, Victorian tourism bodies and state government are going all out to support and promote the show. It says everything about fundamental differences in attitude between cities. Over the next couple of years Harry will bring to Melbourne not only hundreds of thousands of visitors and many millions of dollars, but also the kind of international goodwill only previously generated in Sydney (then totally squandered) by the 2000 Olympics. Predictable then, that the NSW government is planning to spend billions on a couple of football stadia. It’s as if the state government’s soul has been sucked out by Dementors – presupposing there was any soul left in Macquarie Street, that is.

So, is it just hype? Does The Cursed Child live up to expectations? Actually yes – it not only lived up to the hopes of this long-time Potter fan, but to my delight, it exceeded any expectations I might have had. It’s a theatrical and entertainment phenomenon – you will have seen nothing like it before. 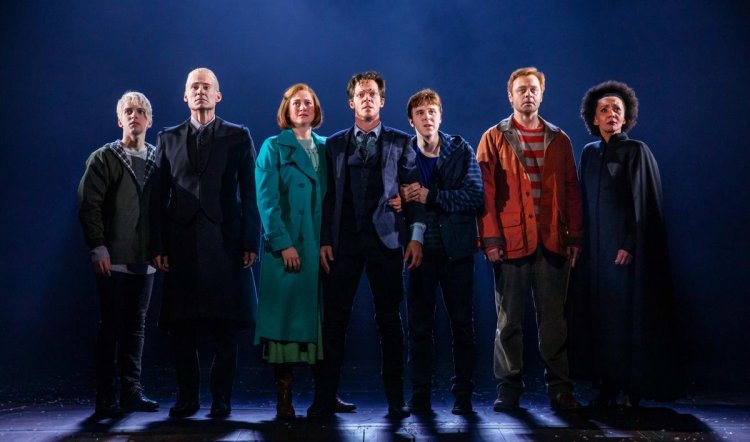 As you may already know, the two parts (over two nights or in one hit, with dinner break, Wednesdays and Saturdays) tell the story of Harry and Ginnie’s son Albus, going off to Hogwarts to follow in their footsteps. Also gathering on Platform 9 & 3/4 at Kings Cross Station are their forever besties Hermione Granger and Ron Weasley, whose daughter Rose is set to continue where her dynamic mother left off. On the train too is Scorpius Malfoy, son of Harry’s old enemy Draco. The boy is shunned and lonely until Albus befriends him.

There is much debate about the possible meanings – identities – of “the Cursed Child” – is it Harry, who’s having father problems with his son? Is it Albus for whom his famous father is a burden? Is it Scorpius, whose name is synonymous with the dark side? There are other possibilities too, (#keepthesecrets) that emerge as the plot thickens and entwines the families in ever more treacherous threads. That the story holds up over the two parts and five hours is a tribute to the original tale by JK Rowling and director John Tiffany with playwright Jack Thorne.

It’s also worth noting that Potter virgins (yes, there are those who’ve not read the books or seen the movies) won’t get lost along the way. Yet neither does it make the mistake of laborious chunks of backstory to explain and slow the flow.

The show itself is simply magic: a swirling black wizarding cloak is a recurring motif of scenery movement. Things appear and disappear, entries and exits are made via earthly elements – mostly wind, fire and water – and the Kings Cross set morphs seamlessly into Hogwarts via lighting, projections and minimal furniture. Among the effective elements are two staircases, moved by cast members, which spin and come together in different ways to accommodate meetings and partings of various friends and enemies. 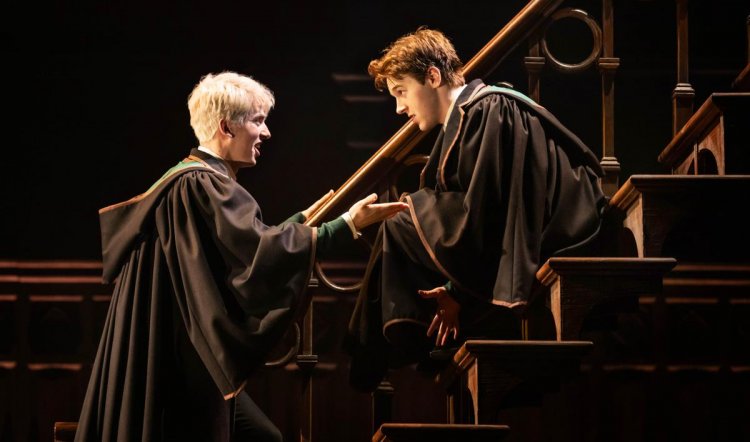 The only curiosity is that, although JK Rowling has made it her mission to support human rights and progressive politics – while tormenting racists by revealing that Hermione is black – the retrospective revelation that Dumbledore was gay isn’t carried through here. In 2019 it’s impossible that Hogwarts doesn’t have gay students. The play appears to toy with it, but it’s never explored – a pity.

Nevertheless, the company rarely misses a beat and the tightly choreographed cooperative enterprise is spectacular. It looks amazing, music by Imogen Heap is lush and the magic is...magic! Your inner child has never had it so good. Recommended without reservation.