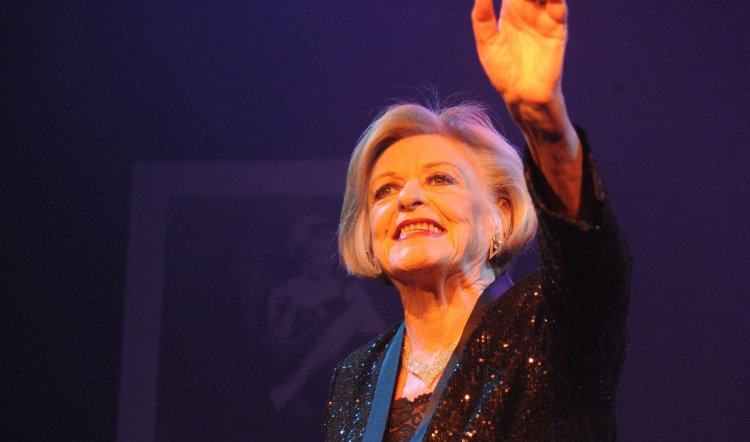 Getting up close and personal with a bona fide living legend is a rare opportunity and not to be missed – and that’s exactly what Hayes@the Hayes offers. Here she is, the great Nancye Hayes, in her own one-woman + piano and double bass autobio-show and you’d be mad to miss it.

With her big blues eyes and mile-wide grin, Hayes is one of the most distinctive, loved and luminous presences in Australian musical theatre. She is walking, talking, dancing, reminiscing history and if that weren’t enough, she is a living doll to boot.

Written by Hayes with (yet another legend) Tony Sheldon and rapidly becoming legendary director Jason Langley, Hayes@the Hayes is as much the story of Australian showbiz as it is of the individual – because in many ways, Hayes is Australian showbiz.

And we learn all about it, in a charmingly told story of a Manly kid who wanted to learn to dance. She grew up in the era of British imported stars strutting our stages with young Australians wistfully watching from the cheap seats. That all changed when young Nancye auditioned for the Australian premiere production of a new Broadway musical: Sweet Charity.

Australian audiences fell in love with Hayes as Charity Hope Valentine, and then – change of pace and weapon – as homicidal Roxie Hart in Chicago. The affair continued and grew to become one of the most enduring relationships of the 20th – and now 21st centuries. 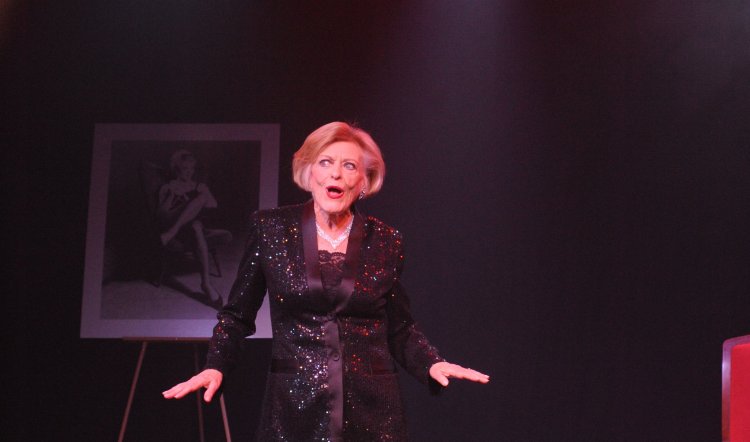 She is backed by the wondrous Michael Tyack on Kawai grand and Dave Ellis on double bass. Husband Bob Bertles cameos on luscious saxophone, but it's Nancye's show. Clad in a svelte and sparkling black evening suit, Hayes is the epitome of style as she poses in silhouette to introduce the symbol of musical theatre sophistication. Yet in a minute she draws us in to the warmth and humility of the real woman. She is genuinely bemused and thrilled to be working in the theatre named for her. She wryly tells of a punter hearing the place is to bear her name and thinking she must have died. But no – here she is and wow, isn’t it grand? Isn’t it great? Isn’t it swell? Isn’t it fun?

As well as a panoply of great numbers there are some tartly-rewritten lyrics that incorporate her life and times and gigs. (It’s easier to list the shows she hasn’t appeared in rather than the ones she has.) And throughout the easy, affectionate and sometimes bawdy telling, we learn about Sydney and the Cross and showbiz as it used to be when the Bourbon was a living, breathing joint rather than the antiseptic dump it’s become; when there were more theatres than personal fitness destinations and fame meant huge talent and hard work rather than a phone and a selfie.

On opening night many in the audience were taking and savouring a trip down memory lane, but Hayes@the Hayes is so much more than that. This is a show for anyone of any age who loves musical theatre, good music, nifty dance moves, delicious stories and contemporary Australian history. You’d be a ninny to miss it. Recommended without reservation.