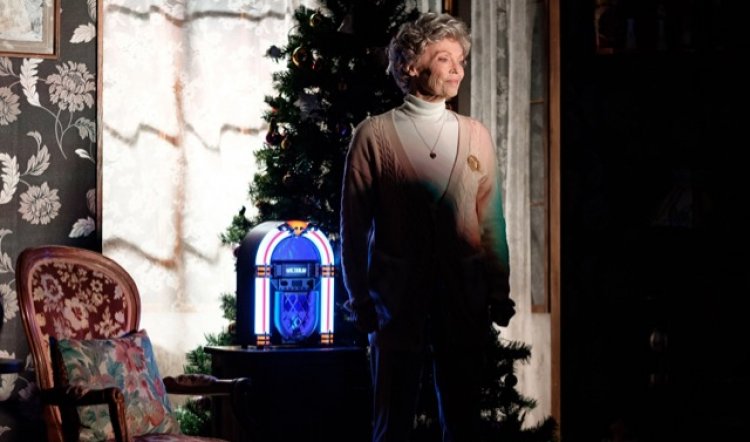 The first thing to know about Annie Baker’s 2015 play John is that there is nothing accidental about it. What we see in the opening minutes – particularly the silences – is exactly what she intends. If she has written “Pause”, she means it, every second of the white spaces on the paper.

John, therefore, is unlike most other contemporary plays, or auteur’s re-imaginings, in that Baker demands that actors and audiences alike go with her and not mess about. And director Craig Baldwin’s meticulous, brilliant production does exactly that. The result is three absorbing hours of consistently surprising theatre.

The surprises begin from the moment one enters the Reginald to find traditional scarlet velvet curtains. When they’re drawn back it’s to reveal a set the like of which we haven’t seen since Steppenwolf came to town with August: Osage County.

Designed by Jeremy Allen and lit by Veronique Benett, it’s the hyper-real ground floor of a quaint B&B in Gettysburg, Pennsylvania, owned and run by Mertis Katherine (“call me Kitty”) Graven (Belinda Giblin). Mertis is a pleasant woman whose pastel appearance is more than the clothes she wears. She is nice. Agreeable. Helpful. An attentive landlady who plies her newly-arrived guests with cookies. 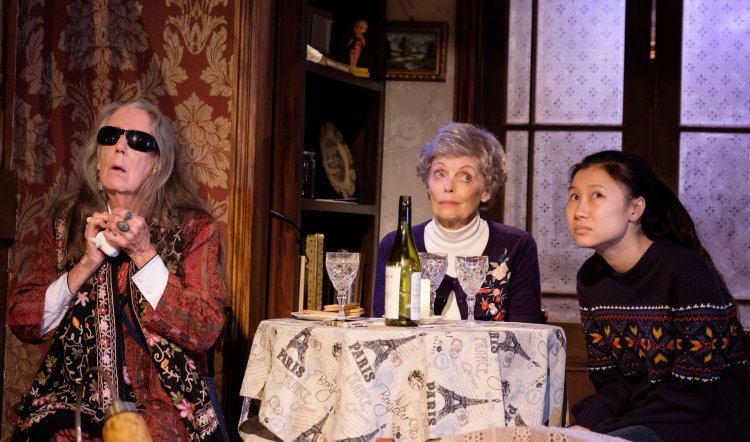 And yet, her house is full of dolls – really full: one on each step of the staircase – as well as an eye-watering variety of ornaments, trinkets, gewgaws, souvenirs, bric-a-brac and lamps. So many lamps: standard, side, desk, buffet, torchiere, table, she has them all. And candles, and Christmas lights on the Christmas tree. There is also a little neon-lit jukebox she may have purchased from the Innovations catalogue. It plays Bach-muzak at the touch of a button.

Upstairs, the rooms are named for Civil War generals. The young guests, Jenny Chung (Shuang Hu) and her boyfriend Elias Schrieber-Hoffman (James Bell), discover they are not in the room he booked online because it has...a leak. Eli is put out. It seems Eli is often put out. He is a Civil War buff, Jenny couldn’t care less and anyway she is about to get her period and Ibuprofen will be her only friend.

Mertis also has a friend: Genevieve Marduk (Maggie Blinco). She is blind and elderly, all-seeing and cantankerous and she visits to eat cookies and be read to. Unseen and unheard is George, Mertis’s second husband. He’s ill and may not be long for this world, although it’s hard to tell as Mertis’s subdued demeanour is a constant whether she’s offering shortbread or philosophy – she tells Eli she’s a neo-Platonist.

What’s fascinating about John is its contradictions, unexpected twists and turns and its bursts of humour. It has been tagged by some as American Gothic, but it isn’t, not really. It’s super-realistic but also utterly irrational. Its four characters are predictable – except when they’re not. 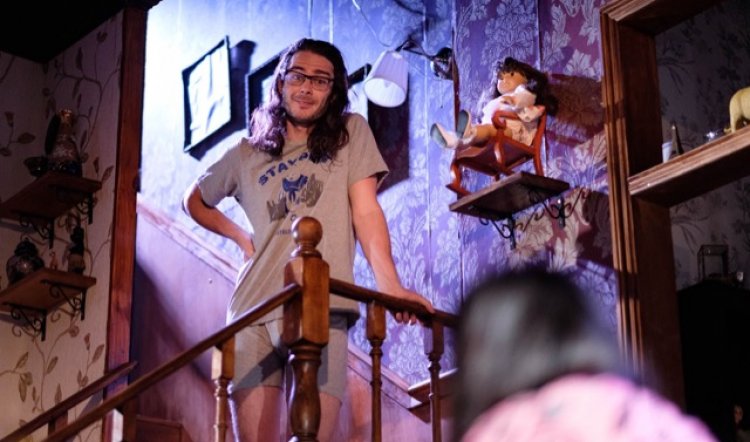 It's about nothing much other than love, loss, entrapment, loneliness, passive-aggression and jealousy. Genevieve recalls how her ex-husband still occupied her mind and body even after she’d left him and moved from California. She also hears things and insists Mertis’s house is haunted. It was commandeered as a Civil War field hospital and Mertis tells of amputated limbs being thrown from upstairs windows into huge piles. She also calls her dining area “Paris” – complete with an Eiffel Tower table lamp.

If this sounds bizarre, well...it is, and it isn’t. Actually, Jenny and Eli are more peculiar because they’re so normal. Eli is a moody piece of work who would like to control Jenny as much as he insists that’s the last thing he’d ever do. Jenny is devious and self-protective. She believes her childhood dolls were angry with her, she took them in as a nutty cat lady takes in strays. Anyway, their relationship is unsurprisingly rather rocky: there’ll be tears before bedtime.

At the core of the play is Belinda Giblin’s shadowy sunniness as Mertis who is kind yet creepy, maternal yet dubious. The extreme restraint of her characterisation is electrifying and weirdly, somehow energises the entire three hours (with two short intervals). It’s a fabulous performance.

As Blind Lemon Lips Genevieve, Maggie Blinco cannily employs her perfect comic timing and acerbic way with a sharp line to cause eruptions of laughter – when she’s not being still and sinister on the sidelines. As the entitled young couple, Shuang Hu and James Bell find their irritating elements and don’t shy away from them. It’s a beautifully balanced team. All in all, this is a very fine production of an immensely entertaining play. Recommended without reservation.