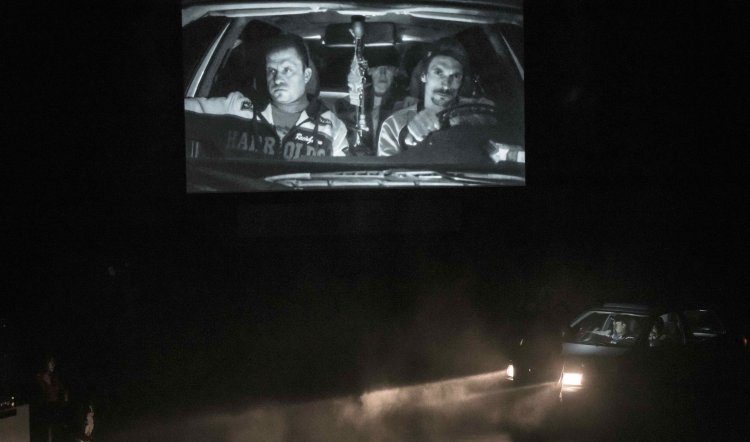 La Reprise, a 90-minute forensic examination of theatre, true crime and human behaviour, is the Australian premier work of its director and creator, Swiss-born Milo Rau. He famously wrote and is following with this production the “Ghent Manifesto” (for Belgian company NTGent – you can read them here: https://www.ntgent.be/en/manifest). Those familiar with Lars von Trier and Thomas Vinterberg’s, “Dogme 95” – rules for film-making – will immediately click into the idea.

La Reprise sets out to dissect acting and theatre – an actor (Sabri Saad el Hamus) walks on stage and stands front and centre to discuss the various ways an actor does that most difficult thing: walk on and begin acting. He notes, casually, that in doing so an actor can actually be acting the part of an actor and a director can also be acting the part of The Director – it’s revealing and, probably, for some actors who’ve never considered it before: embarrassing.

Playing the part of the ghost of Hamlet’s father is a further idea: the king is dead, his ghost is a hallucination; the dead don’t talk. Or do they? An anecdote is related concerning a relationship between the dead and the living. It’s somewhat shudder-making but also touching. There are many such contradictory moments.

Gradually – through five acts and the introduction of a camera and filmed scenes (which correspond to but are not the live action on stage) – the economically-ravaged post-industrial city of Liège is scrutinised. It was the site of a savage murder in 2012 when a young gay man, Ihsane Jarfi (Tom Adjibi), was beaten to death by three ordinary blokes.

In order to perform the play, however, auditions among local amateur actors are first conducted by a panel of three who question and probe these innocents. Suzy (Suzy Cocco), is exposed in more ways than one to become the mother of the dead man. Uncomfortable, class-based exposure is also the lot of Fabian Leenders – an unemployed man whose unremarkable background is unsurprisingly almost identical to that of one of the murderers. 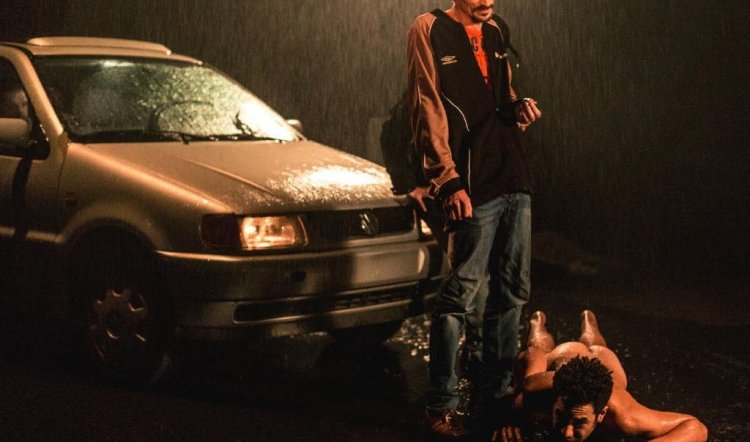 Just as one is trying to remember the origins of the phrase “the banality of evil” (Hannah Arendt, btw) those words appear on the screen which occupies the rear of the stage. They are projected onto an image of a nondescript cityscape. (These photographs change from time to time to depict a nice green landscape, an anonymous street, vehicles criss-crossing a valley and so on: somehow very Belgian).

At the foot of the screen, English surtitles translate the live Flemish dialogue and the effect of actors in the forefront speaking directly to the audience while their over-size, vocally slightly-out-of-sync faces are juxtaposed high on the back wall (as they speak in a language which has to be one of the more unfamiliar to most ears) is both jarring and hypnotic.

Each of the actors – Kristien De Proost and Sébastien Foucault make up the rest of the company – plays an “actor” and a “real” person, as well as observing and casually participating from the sidelines. The effect is to make the viewer question acting, human behaviour and the position of the spectator. And while it’s not exactly Brechtian, it does disconcert, especially those who arrive in their seats with expectations – of theatre and their role in it!

Disconcerting in a different way is how the mundane and the comfortably human inexorably slide into something much darker, more bewildering and totally unexplained.

Ihsane Jarfi was a nice young man, loved by his parents and boyfriend; nothing special, but a gay man in the wrong place at the wrong time. His portrayer, Tom Adjibi, is “other” in a different way because he’s black – although, he says, often not black enough to play black. 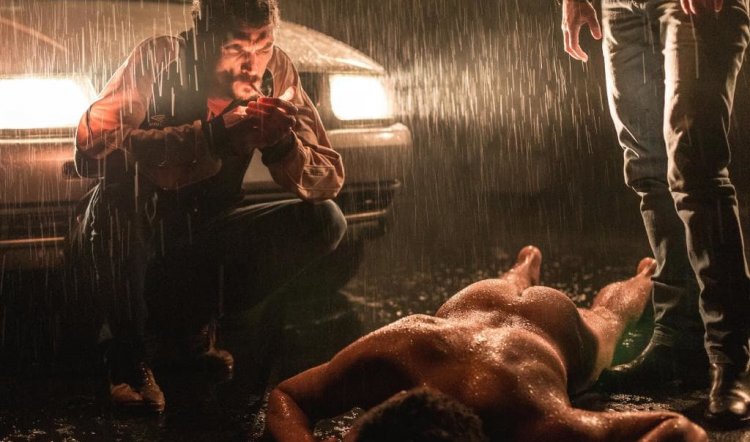 The final act of La Reprise is a graphic, detailed re-enactment of Jarfi’s last hours alive. Outside a night club a young woman is jocosely accosted by a carload of local blokes. Witnesses later recalled that Jarfi told her to go back inside, apparently sensing she wasn’t safe. Instead, he got into the car, promising to take the men to a club where they could find willing women.

The ordinariness of the men, the situation and the circumstances leading to it are unexceptional yet made fascinating by the ways of telling and showing. The outcome is not easy to watch even though its drama and theatricality are telegraphed and discussed. That infamous “banality of evil” has rarely been so vividly portrayed, or made logical and utterly inexplicable.

La Reprise is not for everyone, although it probably should be. It’s thrilling and terrible theatre – and almost shaming in its ability to engross and fascinate.

Our received ideas of humanity, ourselves, drama and entertainment are constructed and deconstructed repeatedly in layers which are at first imperceptible yet quickly revealed as multiple, both emotionally and textually.

As Rau writes in his Manifesto, “The aim is not to depict the real, but to make the representation itself real.” Go with it and arrive at somewhere new, fresh and endlessly thought-provoking. Brilliant.