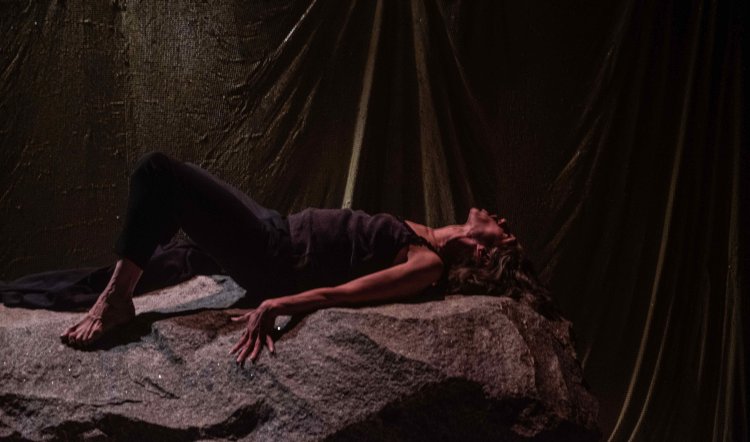 MY DEARWORTHY DARLING, Malthouse Theatre and THE RABBLE at the  Beckett Theatre, 2–18 August 2019. Photography by David Paterson: above - Jennifer Vuletic; below - Natalie Gamsu and Vuletic; below again: the Chorus

With a RABBLE production you are never sure of what is going to be offered but you always know, somehow, that it will draw you in –  sometimes inexplicably. Malthouse’s new production, My Dearworthy Darling, was penned by contemporary Australian poet and playwright, Alison Croggon, in a first time collaboration with RABBLE artistic double act Emma Valente and Kate Davis.

With a central performance of the Woman by Jennifer Vuletic that is compelling, honest, weird and so on-point it’s scary, she never ceases to amaze in her immersion: she compels you take the journey with her. What a wonderful actor she is. Not to take away from her fellow performers. There is Ben Grant, as the husband, whose apparent relentless boring job dealing with insurance claims tips over into his home life, and Natalie Gamsu, also brilliant, as the caustic, dismissive sister. The three deliver the discord that is their life.

There is a hint of 14th century mystic coupled with the vernacular that is normal, ordinary and at times poetic. It is that juxtaposition that makes you really lend your ear. Croggon says in her writer’s notes that the process in the rehearsal room was that of, “meticulous listening,” and that’s what I found myself doing as I instinctively leaned forward in my seat. What we see and hear on the stage is people making assumptions without listening to what is being said, to suit where they are. Something that mirrors, at times, our own lives. And through that they – and we –  miss the call for help and understanding.

The set (Kate Davis) is an open, carpeted stage with a large primitive boulder up stage left; there is a vacuum cleaner and drapes of metallic glomesh are suspended across the rear of the stage. This is the sphere in which the actors weave their magic. They are miked, the sound is slightly distorted, heightened. 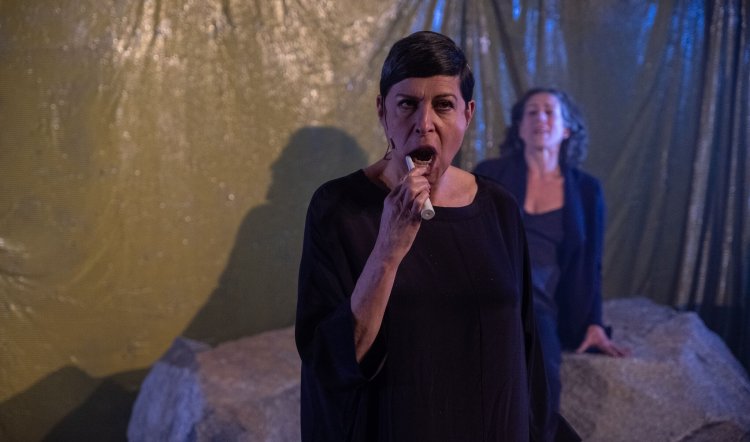 My Dearworthy Darling opens with the Woman lying prostrate on the rock breathing heavily, expectantly. Vuletic’s opening monologue as she lies there is full of ecstasy and love. The fervour is lost at the entrance of the husband – whinging and whining with accusations thrown at her of laziness.

The boorishness of the husband’s relentless dismissal of her is ably abetted by the sister who sees the Woman’s pleas for support to be nothing but selfish. Eventually the central character’s mental state and her search for understanding pushes her from madness to a saint-like personification.

Croggon’s research kept her going back to Margery Kempe, the 14th century woman whose writing is used by the medieval Chorus (Monash Performance Placements). We first see them gently lit, behind a scrim, seven people clothed in religious robes, heads bowed, speaking rhythmically, each reciting a word or a sentence. The text appears in surtitles. (The Chorus needed to be more ethereal, however, to match Vuletic’s inner voice.)

They did come into their own after the rebirthing scene where they sang, their voices beautifully blended, joined by Vuletic in her new guise as one of them, her voice true and melodic. 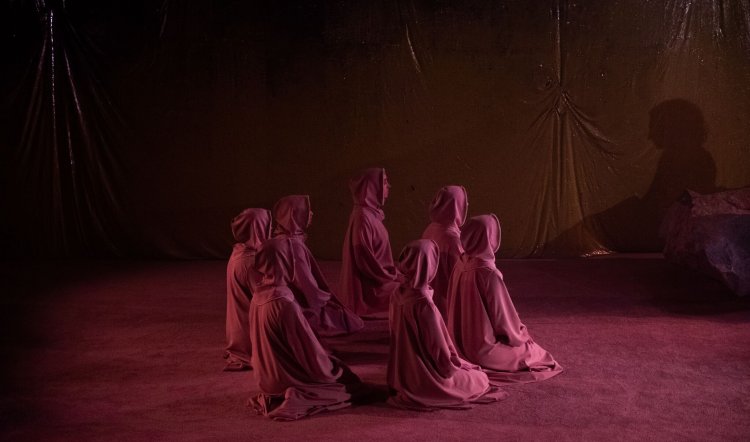 The use of sound (Emma Valente) is integral to the production and it is both whelming and exciting with a touch of the idiosyncratic: a phone rings, there is the whir of an electric toothbrush. The soundscape is used to indicate the Woman’s descent into supposed madness, and eventual rebirth. It’s a wonderful mix of sound and theatrics as we witness the chrysalis slowly transforming.

My Dearworthy Darling won’t be for everyone. It will, I am sure, create a conversation, which is the hallmark of good theatre. It is also a show that will surely get stronger as it runs on. Highly recommended.