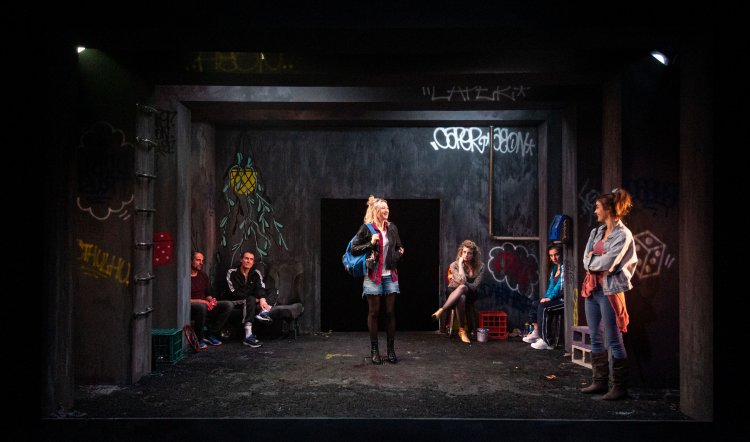 Red Stitch is known for producing the odd Australian premiere and they are doing it again with Alistair McDowall’s weird and wonderful Pomona, first produced in London in 2014 and transferred to the National Theatre the following year.

McDowall grew up in the north-east of England, a self-confessed “loner” which he brings to life in a number of characters, all with their own urban anxiety. Set in Manchester, Pomona is intense, surreal and sinister. Everything I love. Especially when it is done well and this production, outstandingly directed by Gary Abrahams, is edge of your seat scary and in your face.

It is only when you get to the end of the 110 minutes that you realise that the captivating and brilliant opening monologue from Dion Mills (Zeppo) is the key. It begins innocently enough with Olli (Mona Mina Leon) looking for her twin sister. Her search takes her to a place called Pomona, a peculiar underworld, a “hole in the middle of the city”.

She has been directed to Zeppo who has the eyes and the ears of the town, the backroads. She takes a ride with him as drives around his owned and deserted ’hood, round and round on the ring road. Something he does every at night. 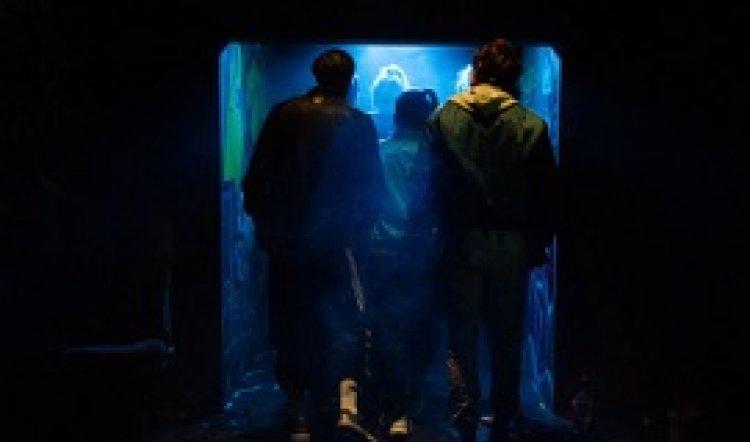 He is hesitant to help because if you get “involved” you end up knowing too much and that can lead to no good. Similar to his beloved Maccas chicken nuggets: the less you know about them, they can remain your favourite food. His advice is, it is best not to ask questions. Mills sets the scene of the weird, the displaced and the macabre. The journey, or the “game” begins. There is nasty business going down in Pomona, which brings a bunch of outliers together. It is an intricate web, characters interweave as we get to know them. The story line is not linear, giving it another edge.

The set and costumes (Jonathan Hindmarsh) are perfect. It’s a dank, graffitied dystopian hell hole. And it can stretch your imagination to the interior of a car, a brothel, a gaming space or the exterior of Pomona. Which is no mean feat given the small space. It is the involvement with the characters that lets you suspend your reality. The techno music (Kelly Ryall) and the lighting (Lisa Mibus) gives added grunge and atmosphere. The ticking behind Mills monologue makes you realise very early on you are in for a wild ride.

In essence all the characters are hiding from something. Their past, their present and not much of a future. All experiencing the negatives of living in a city. What does a histrionic woman (Julia Grace) who wants all her money burned got to do with it? A lot, as it transpires, especially when you cross the hand that feeds you. The hand of everything that is evil, with a direct link to Pomona.

Then we have the gentle, hiding Fay (a captivating Jessica Clarke) a victim of domestic violence, working in a brothel, trying to keep her nose clean, until too many of her fellow workers keep disappearing. She is also tenuously connected through her work with Moe (Arthur Angel) who is a self-confessed bad, bad, dude. He works as a security guard with Charlie (Nicholas Denton), a loner with a secret. They have the duty of letting dark-windowed cars in and out of Pomona. Charlie is also a lonely gamer who advertises for people to join him in a game; they never do. Until Keaton (Artemis Ioannides) drops in. She too is friendless, with a secret. 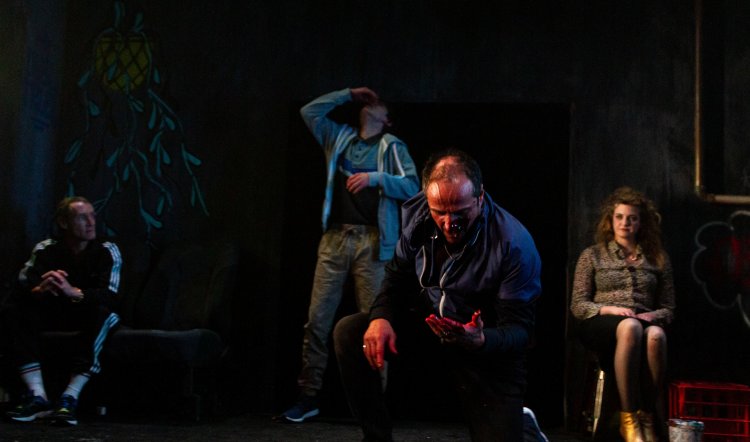 The actors are brilliant. They are all on stage simultaneously, watching, alert while they each have their vignette. With humour and violence, they draw you into their web. Denton with his guile and childlike ways, his humour and timing is wonderful and bloody funny. The excellently directed image of Denton and Mills as a seagull is inspired.

Life directions are changed with the throw of a dice. Pomona takes gaming to the next level. Miss it if you dare.