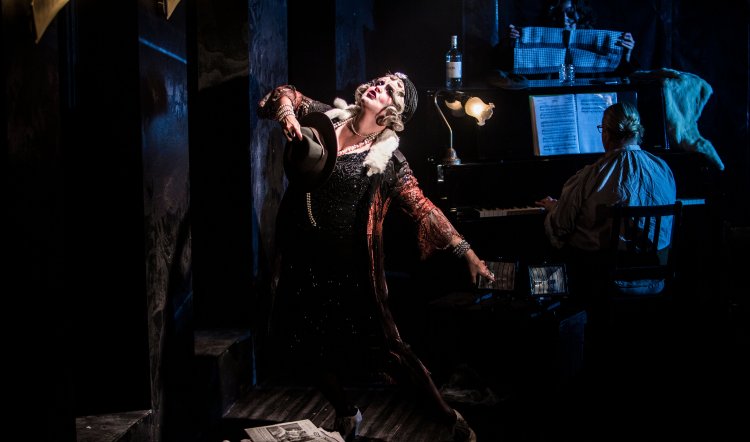 The pairing of Amelia Cormack and Debora Krizak is the most inspired element of this new pocket-chamber musical. The two are among the finest musical theatre performers we have and, as Tilly Devine and Kate Leigh, the queens of East Sydney’s early 20th century underworld, the two are superb.

Razorhurst, is a new show about these most notorious women in modern Australian history and was first performed at Luna Stage, New Jersey and commissioned by its artistic director, Cheryl Katz. She had been approached by Columbia Uni School of the Arts alumni Kate Mulley and Benita de Wit – book-and-lyricist and director respectively – and was intrigued by the story of the Darlinghurst antiheroines.

And no wonder: while the USA had Capone and Gambino, Prohibition and the G-Men, aside from Ma Barker, no comparable figures are to be found in America, even in Las Vegas’s Mob Museum. Piquantly, however, the circumstances that gave rise to the crimes and criminals on both sides of the Pacific had the same origins: inept governance. 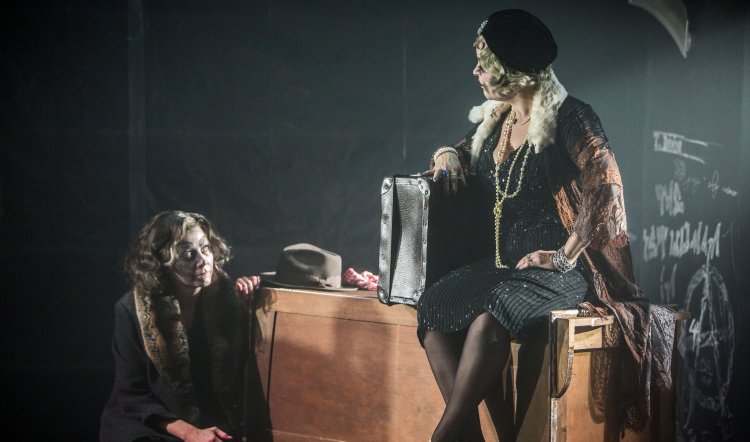 Prohibition (of alcohol) in the US and the ban on booze after 6pm in Sydney instantly brought the enterprising out to fill the gap: Kate Leigh flogged sly grog while Al Capone ran liquor into Chicago. At the same time, a quirk of Australian law meant Tilly Devine was able to build an empire of brothels because it wasn’t illegal for a woman to be a madam! And instead of Eliot Ness and his G-Men, Sydney had police detective Lilian Armfield, a woman who pursued Devine and Leigh with similar tenacity.

Easy to see then, that the women and the era provide lusciously juicy pickings for entertainment. Indeed, Kate was characterised in last year’s Harp In The South (STC) while the Underbelly TV series portrayed both women in the Razor tales.

It’s a pity then, that Razorhurst lives up to the promise and possibilities mainly through the performances of Cormack and Krizak. These two fill the stage with genuine menace and excoriating comic timing as neither seeks to romanticise their characters and give us the often shocking goods. Kate and Tillie were no angels; their lives and times were brutal and so were they, although Kate did her share of benevolence when it suited her. But they pull no punches – nor razor slashes – and consequently the piece is given more than it deserves because of them. 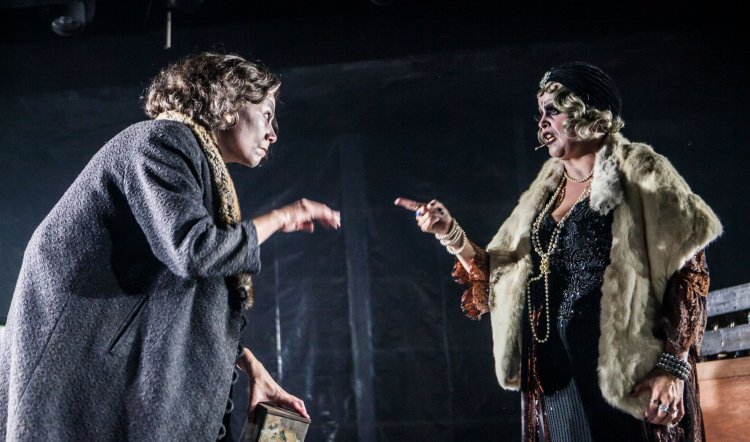 The chief flaw, and a crucial one for musical theatre, lies in the music (Andy Peterson). Played live on stage at the piano by musical director Lucy Bermingham, it’s mainly a melange of vaudeville and music hall styles, aside from an anachronistic belting ballad awarded to each performer. But the score is essentially formulaic, while Mulley’s book is much stronger than her penchant for songs with daggy rhyming couplets.

That said, Razorhurst has been trimmed and reconfigured since its first US outing in 2018 and is now a taut 90 minutes that works in its storytelling. The setting is one of Kate’s sly grog joints, semi-derelict and floating somewhere between the 1930s and today’s cool neon (effectively gorgeous work from designer Isabel Hudson and lighting designer Benjamin Brockman). Tillie and Kate meet there – as ghosts and antagonists, to chew the fat and rouse on each other.

If Tillie Devine and Kate Leigh hadn’t existed and their stories hadn’t been well documented in Sydney history, they would be hard to believe, but Cormack and Krizak terrify, horrify and shine even as they provoke nervous laughter. And intelligently, at least, despite the blood and bloody intent, there’s not a cut-throat razor or strop to be seen. Thank god for the Schick Intuition Sensitive Care Pack ($29.99 with spare cartridges): at least one can visit the bathroom without trauma. Recommended for Cormack and Krizak.