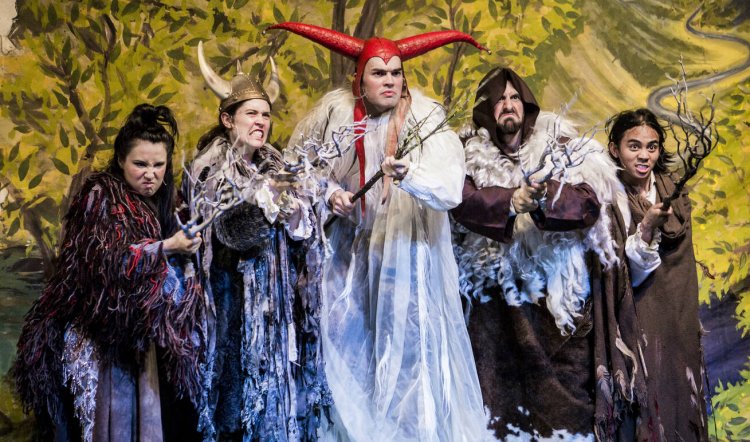 After success in London and on Broadway (14 Tony nominations, including a win for Best Musical 2005), Spamalot opened at Melbourne’s Princess Theatre in 2007. It ran four months instead of the projected year and closed a couple of weeks before the Green Room Awards were handed out. It had been nominated for nine but it was the year of Miss Saigon and Phantom of the Opera and Spamalot lost out even though the production, starring the  great Bille Brown, was as absurdly effervescent as you could wish.

Catching up with this all-new, all-Hayes production three weeks into the run, however, and it’s obvious why the world loved it. The company is totally on fire and sending audiences into the night with faces aching from two hours of laughter. And that’s not even mentioning Assistant Stage Manager Bronte MacInnes.

Spamalot deserves the obvious delight of its audiences and if you don’t go see it, “I fart in your general direction. Your mother was a hamster and your father smelled of elderberries.”

As the poster notes, Spamalot is “lovingly ripped off” by Eric Idle and friends from the 1975 movie Monty Python and the Holy Grail. On the Hayes’ stage – made even more intimate than usual with seating on three sides – the lack of a Hollywood budget is more than made up for by a wildly imaginative set and production.

Richard Carroll directs with a magic wand and casts a spell over the audience as well as the high-energy, multi-talented company. The joyous atmosphere created by apparently endless invention and nonsense is as infectious as the plague (“I’m not dead”). And choreographer Cameron Mitchell has devised rolling comical set pieces and parodies of styles, from the trippingly mincing medieval to riotous tap routines. It’s great to watch. 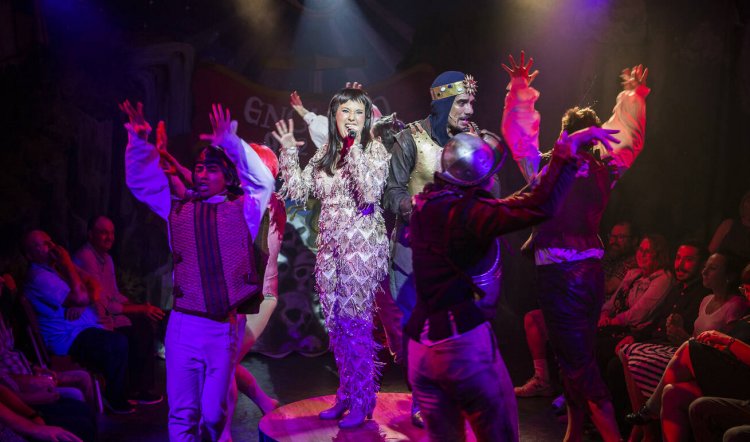 Set designer Emma Vine makes much with little – painted backdrops of Olde England straight out of a scout hall panto, a raised mini-revolve is the Round Table you have when you don’t have a round table, while costumes seem to have been scavenged from any and every wardrobe and dumpster between here and Rockdale – then re-purposed with witty flair. Lighting designer Katie Svetkidis bathes all – the audience-as-extras in particular – with washes of warm inclusion, while musical supervisor Conrad Hamill and sound designer Carl McKinnon maintain precise timing and balance between live voices and recorded orchestrations. All in all, it’s a slick, disciplined show despite apparent mayhem.

Then there’s the cast. Anyone who’s watched Holy Grail a dozen times (SBS screened them all again recently) will be watching anxiously for favourite scenes and characters. There’s no disappointment. The eight performers double and treble roles effortlessly in the quest not only for Jesus’s goblet but also to come up with a Broadway musical. All thanks to the Lady of the Lake (Josie Lane) and the sword, Excalibur.

Cramer Cain is King Arthur, clear of eye, square of jaw and rarely off his horse as he pursues knights and the missing chalice. Trailing behind, clacking her coconut shells and wearily saving him from profound cluelessness is Patsy the retainer (Bishanyia Vincent).

Along the way they encounter Dennis, the anarcho-syndicalist peasant (Blake Appelqvist) who utters the immortal take-down, “You can’t expect to wield supreme executive power just because some watery tart threw a sword at you.” That he’s Dennis Galahad makes his knighthood a foregone conclusion.

A kaleidoscopic series of characters race in and out of the action and, in no particular order: Jane Watt is a perfect lisping innocent Sir Bedevere, Marty Alix’s Sir Robin does more for cowards than could reasonably be dreamed up. And Rob Johnson’s Prince Herbert, who only wants to sing in a musical, is a delicious foil for Aaron Tsindos’s uber-manly Sir Lancelot. 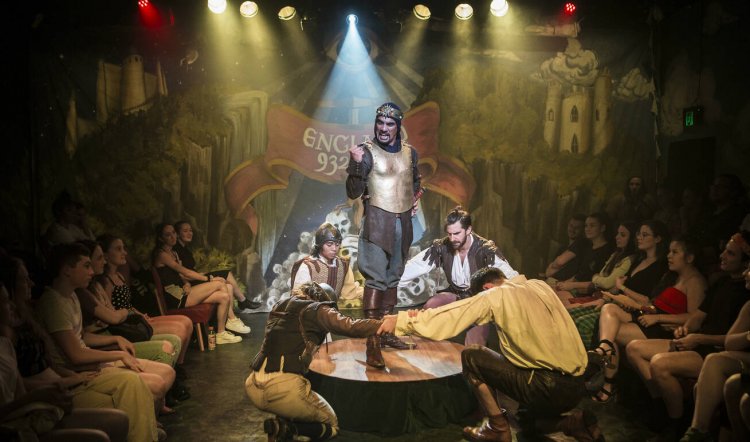 They sing, they muck about, they make BFFs among the audience and all with the utter conviction so vital to crackpot comedy. It’s a privilege to be in the room with this mob as they sing, dance and fight (you’ll of course recall, “It’s only a scratch” – as arms and legs are lopped off) their way to a mandated standing ovation.

Every performer contributes 110% and shines like a Klieg light. However, Bishanyia Vincent, the latecomer to the cast (four days before opening night), is one of the most adroit comic talents to emerge in recent years and it’s virtually impossible to take your eyes off her. When the makers of the Broadway musical are looking for a star – Rhonda Burchmore isn’t available – and Patsy leaps on the round table with, “here I am!” – it’s not a joke: she really is.

Nevertheless, everyone is a winner, and as the Swamp King says, “Please! This is supposed to be a happy occasion. Let's not bicker and argue over who killed who.” Recommended without reservation. Ni.