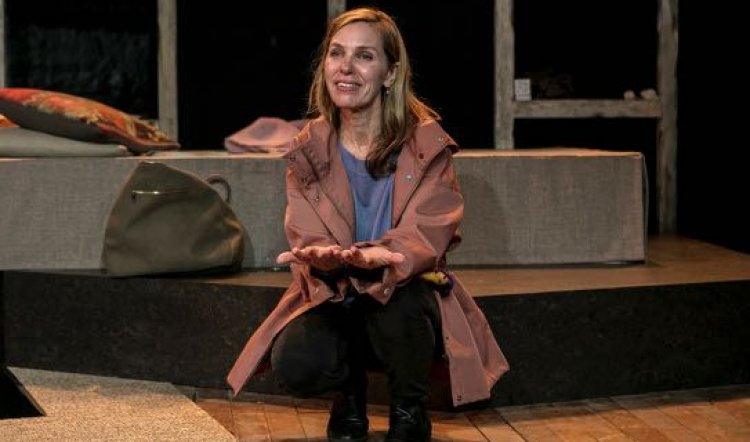 SPLINTER, Griffin Theatre Company at the SBW Stables Theatre, 6 September-12 October 2019. Photography by Brett Boardman - above and below: Lucy Bell and Simon Gleeson

“And they all lived happily ever after...” except, of course, they don’t. Within minutes of its opening, it’s obvious that the end of this tale is anything but for a couple – Lucy Bell and Simon Gleeson – whose four-year-old daughter Laura disappeared many months before.

She is now safely returned to them – Man and Woman – and their joy is boundless and for him, barely comprehensible. He can hardly speak nor yet explain to himself or her how terrible it has been. His wife is consumed by love and relief: the fairy tale ending really is theirs. They have left their home and the city and driven to her family’s beach shack for a couple of weeks: quiet time and to reunite with their daughter.

Yet almost immediately this attempted idyll is compromised. The child won’t speak to them, won’t eat her favourite tomato soup and thickly buttered bread. Won’t play with her dad, won’t be read to by her mother. They are patient, understanding, careful, loving. They realise Laura has been traumatised and will need time to settle and be her old self once more.

She has been gone nine months, however, and that’s a long time in the life of a four- now five-year-old. She has grown – long-legged and lanky – she seems different and of course, she is. She must be. She has experienced people and places beyond her parents’ imagining and she cannot or will not share them. 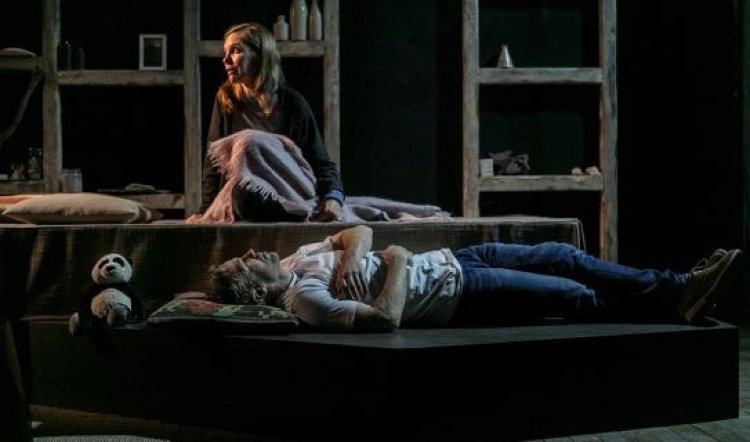 The Woman’s brightness and forbearance gradually become pathological, then despairing. At the same time, the Man’s attitude progressively hardens into exasperation and an inkling of suspicion. What they have hardly dared hope for is now a nightmare of crossed wires, dead ends and bewilderment. Their previously happy marriage begins to crumble.

For the audience, there is an opportunity here to not only watch the couple and their (invisible) daughter, but also to experience a growing sense of disquiet that becomes apprehension, then outright fear. This is heightened, I think, by doing away with the puppet and puppeteers that were Laura in the original Sydney Theatre Company production of a few years ago.

Because there isn’t a “child” on which to focus, each person is forced to imagine her and that means bringing our own experiences and expectations to the fore. Is Laura severely scarred by the past nine months (actually a fifth of her life)? Is her mother suffering a mental illness? Is her father trustworthy? Is the child really their child? Could she be a malevolent stranger, a changeling? Or even not exist at all outside the bereft mother’s desire for a child?

The space to ponder and become increasingly uneasy is given free rein in director Lee Lewis’s disciplined, carefully paced and transparent production. The beach shack, designed by Tobhiyah Stone Feller, is all rough timber frames, a few nicknacks, sisal flooring and a daybed, armchair and standard lamp. They could have been bought randomly on eBay or be chuck-outs over the years from various family homes. Whichever, the effect is almost comfortable but rarely used: the smell of seaside mould is in the air. 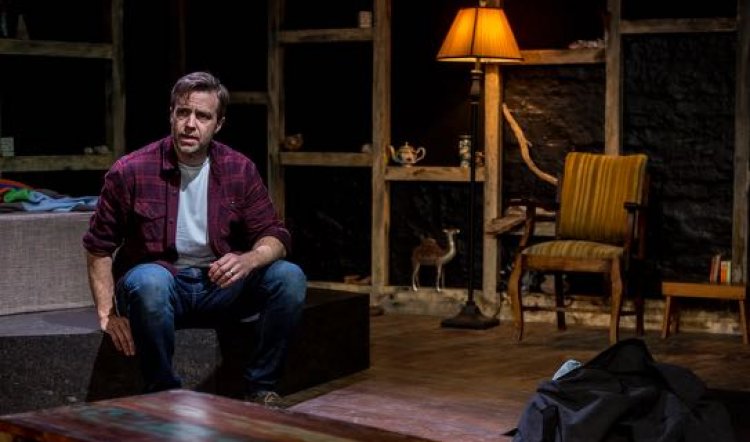 When first the Woman, then the Man begin to see faces at the window and hear noises in the night, there are almost imperceptible changes in the lighting, together with video projections so subtle, one begins to suspect seeing the non-existent along with the unhappy couple. Their disintegrating lives are sugested by starkly lit abstractions seen through, by and over the timber framing. (Lighting: Benjamin Brockman, video design: Mic Gruchy.) And all is exacerbated by an insistent, atmospheric soundscape by Alyx Dennison that comes and goes and would surely have pleased Alfred Hitchcock.

In an interview with Elissa Blake in 2012, Hilary Bell said, “'Very few [missing] children return home to their families, but when they do, I can't help wondering how a family who’s been through that can begin again. How do you start being happy again?” And that’s where we are in Splinter – a fractured family, a deteriorating mind, snowballing sadness and confusion. How would you cope? How would either the present or the future happen?

Two superb performances, led by the playwright’s sister Lucy Bell, draw the audience deep into a labyrinth where there are no easy answers, and no easy questions, for that matter. It’s an inexorable journey with an outcome that relies on individual responses: don’t expect a pat denouement. If you’re willing to go with it, the rewards are substantial, although you might have nightmares later and definitely want to give the kids an extra hug before bed. Recommended without reservation.