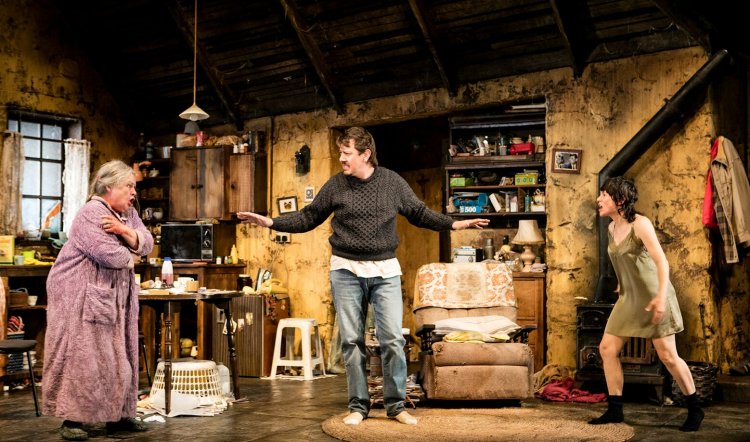 THE BEAUTY QUEEN OF LEENANE

The gasps of surprise and groans of dismay punctuating the laughter in the opening night audience hinted that many had not seen this small masterpiece before. There is darkest comic honesty as well as three-dimensional truth in Martin McDonagh’s women and it’s remarkable that he wrote 1996’s The Beauty Queen of Leenane when in his early 20s. Nowadays he’s world-famous to a wider-than-theatre audience for, in particular, In Bruges and Three Billboards Outside Ebbing Missouri. As if that’s not enough, the handsome feck is on with Phoebe Waller-Bridge. But that’s another story.

The Beauty Queen of Leenane is steeped in the poverty, poetry, anguished loveliness and punishing Catholicism of Ireland before the transformative Celtic Tiger economic miracle. Maureen Folan (Yael Stone) lives with and cares for her mother Mag (Noni Hazlehurst) in slovenly privation. Their cottage, in rural Connemara, looks picturesque if you squint, but up close it seems to be crumbling into the rain-sodden hills and peat bogs. (Marvellous set by Renee Mulder and lighting by Paul Jackson.)

The mother-daughter relationship is fractious. Mag sits by the peat stove watching Australian soaps – “I’m just waiting for the news” – while brooding with volcanic sufferance. Her physical helplessness is somewhat a matter of choice: she’s damn quick on her feet the minute Maureen leaves the room. For her part, Maureen is a reluctant spinster whose sisters won’t have a bar of their mother. Maureen is trapped and mightily resentful.

The exchanges between the two are at first comical as they spar over cups of tea, lumps in the Complan and the making, or not, of Mag’s porridge. Maureen’s impatience turns to rancour: on a whim, Maureen switches off the TV, also the crackly transistor radio. It’s tuned to a station playing traditional music occasionally interrupted by a smooth-voiced announcer. He delivers dedications for birthdays and the like and Mag has been promised one. She lives in hope.

The occasional intrusion of the outside world in this forsaken corner barely rates a blink and is evident in small things. On the wall, rather than the Virgin Mary, is a framed photo of the Kennedy brothers, John F and Robert. It’s the only sunshine in these lives: the possibility of escape to the USA, or to hated England and its jobs. 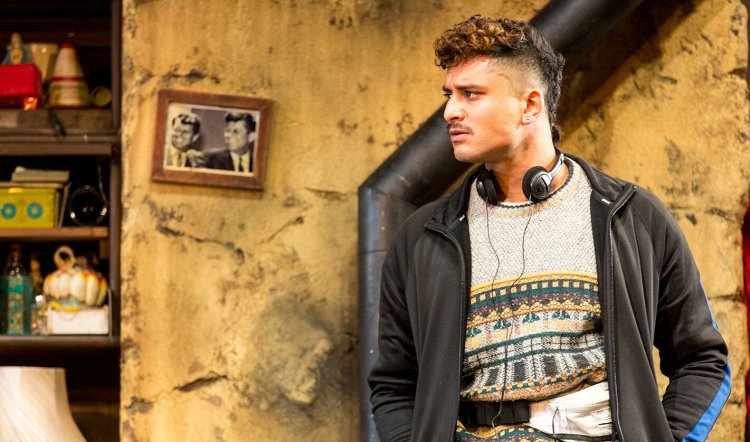 A soggy morning brings Ray Dooley (Shiv Palekar) with an invitation to a party. His uncle is visiting from the USA and is cause for celebration. In Maureen’s absence, Mag burns the invitation in the stove. Later, when Mag feigns no recollection of a visitor or invitation, she discovers the hard way that Maureen bumped into Ray in the lane and knows all. Maureen is going to the feckin’ party.

Also at the event is Ray’s older brother Pato (Hamish Michael), briefly returned from London for the occasion. He and Maureen rekindle something from long ago and she brings him home for some merry fumbling. From this point on, fear of abandonment curdles any vestigial maternal feelings Mag may have had. The rage that steadily brews between the two is made toxic by Maureen’s frustration with the manipulative old bully. The second half of the play (two hours plus interval) causes more gasps in the audience. What in lesser hands might be obvious is made surprising in twists of exquisite writing.

The script’s laughs arise naturally and frequently bubble over, making the various conclusions more shocking and tragic – inevitable too. Paige Rattray directs the quartet with tender intelligence and doesn’t shy away from the underlying psychological barbarism.

Noni Hazlehurst and Yael Stone inhabit the depths of their characters with contrasting approaches. The result is helpless involvement from the audience as women – especially – recognise much. Hazlehurst is a study in twitching stillness and thinly-disguised, miserable fright. Her power is her downfall.

Stone is and looks younger than past Maureens, but this actually enhances her flashes of optimism and frenzied energy that make the play’s progress to denouement so plausible and sad. Maureen’s actions are those of a desperate runaway, she is tragic. 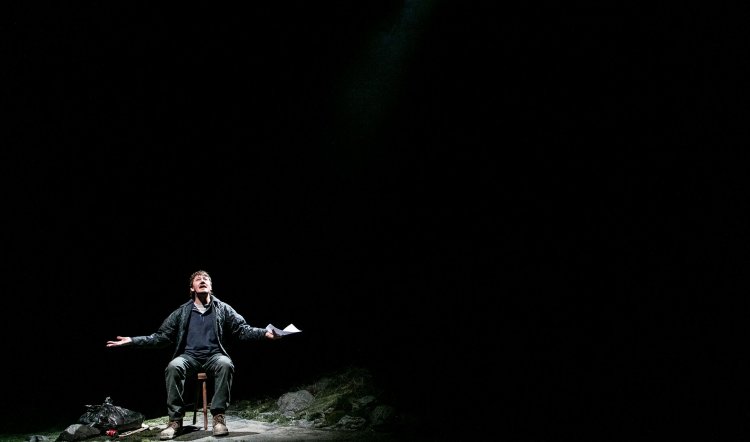 In their supporting roles as the brothers Dooley, Hamish Michael is very fine as a plain man whose affable exterior disguises brimming emotions. His hopes for the future echo the facts of the Irish diaspora; he’s heart-wrenching.

Again in contrast, Shiv Palekar is the embodiment of a younger generation’s frustration. His right leg bounces incessantly in response to the negatives, pessimism and dolorous ill-education that fence him in. His discontent is exhausting.

Central to the success of this glorious production is composer and sound designer Steve Francis in contributing aurally to its authentic humanity. The oral contribution by voice and text coach Charmian Gradwell is as crucial: southern Irish voices are essential and the actors seem effortlessly steeped in the soft brogue.

The Beauty Queen of Leenane is an uncommonly rewarding play, this iteration of it is splendid. Recommended without reservation.