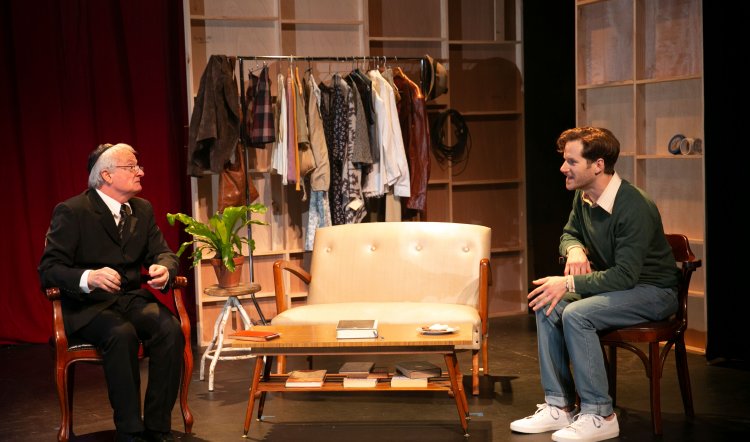 THE GOD OF ISAAC

Skokie, Illinois is a leafy village-suburb just north of Chicago. In 1977 it was chosen by the National Socialist Party of America for a march and demonstration. The NSPA was actually a collection of neo-Nazi thugs, and their usual target was African-Americans who had moved into previously white areas.

Skokie, however was – and still is – a mainly Jewish community and many were Holocaust survivors. They objected, strenuously, to the Nazis being permitted to assemble in their faces and the NSPA seized the opportunity to take the village to court (breach of their rights under the First Amendment). It was a battle that ran and ran, all the way to the US Supreme Court.

In 1985, playwright James Sherman wrote The God of Isaac. Its central premise – of exploring identity and its meanings and responsibilities, if any – is based on questions which arose for him from those events seven years before. In 2019 as neo-Nazis and racists call themselves polite names and are given support by some of the highest levels of government, here and overseas, the play seems as timely as ever.

The story is told by Isaac Adams (Lloyd Alison-Young) a second-generation American Jewish journalist. Unexpectedly and to his horror, he is “assisted” in this by his mother, Mrs Adams (Annie Byron) who, being his mother, naturally knows best and so corrects and guides him whenever she sees fit; which is often, and loudly. 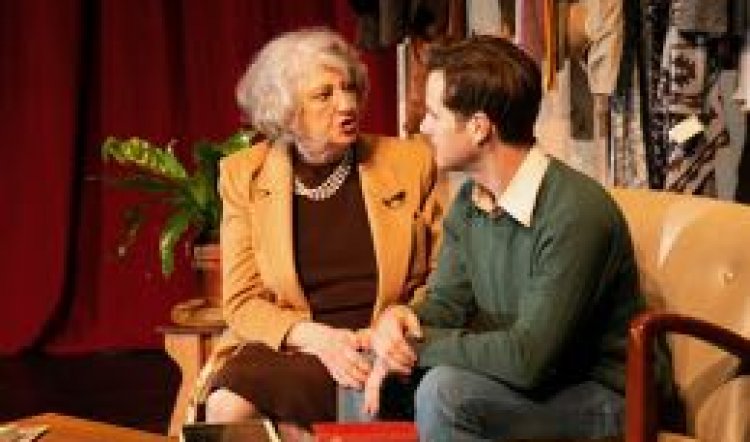 Isaac begins by introducing himself and his life and what drew him to the Skokie incidents. He is puzzled: he was brought up Jewish but not in an orthodox or strict household. (Grumbles from Mom.) So what is this Jewishness, and why should it make him different? (Exasperated advice from Mom.)

We meet his childhood bestie and teenage girlfriend Chaya (Alexis Fishman). She’s a gentle Jewish girl (Mom approves). College happens and Isaac marries a shiksa, Shelly (Claudia Ware) and finds an apartment in the city. Chaya marries an ambitious Jewish lawyer and goes off to live in the suburbs. (Mom is astonished and not happy.)

To help him find his way through his life’s puzzles, Isaac writes a play – the one we’re watching. It’s a neat device which enables the audience to accompany him on his quest for knowledge and understanding. He meets and questions a rabbi and a number of other possibly helpful sorts (Tim McGarry), but enlightenment is elusive, although many snappy philosophical maxims are offered. (Mom is generous with her thoughts.)

It would be easy to make this subject and these people mawkish, but the playwright resists and this company and director Moira Blumenthal deliver a deliciously vinegary 90 minutes. There is a lot of laughter, not least through Annie Byron’s perfect, subtle, hilarious inhabiting of Mrs Adams: a woman who could drive a saint to drink even as she is nourishing them with chicken soup and strudel. 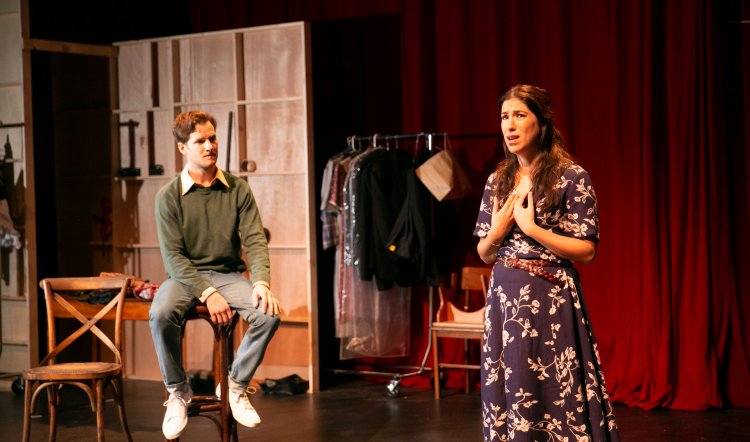 As virtually her straight man, Lloyd Alison-Young is charming and – almost – endlessly patient, and in a sure, light performance that has him on stage throughout, he is terrific. In support, the trio of Alexis Fishman, Claudia Ware and Tim McGarry take on numerous roles as well as their main characters and also appear in Isaac’s dream-like vignettes of classic Hollywood.

On The Waterfront, The Wizard of Oz, My Fair Lady and Huckleberry Finn are given a Yiddish make-over and each says something funny or meaningful about culture, Jewishness and a kid’s yearning for joy. It’s another neat device and as unexpected, thought-provoking and entertaining as the rest of the play.

Does Isaac work out who he is and where he’s going? Will Mrs Adams ever shut up? Will Shelly make it as a model in California? And will Chaya ever be rid of the money-mad lawyer husband? All this and much more is revealed, or not, in The God of Isaac. Although most will still be left to wonder about the continuing role of hatred and fear of others in the 21st century. it's a charmer, nevertheless. Recommended.