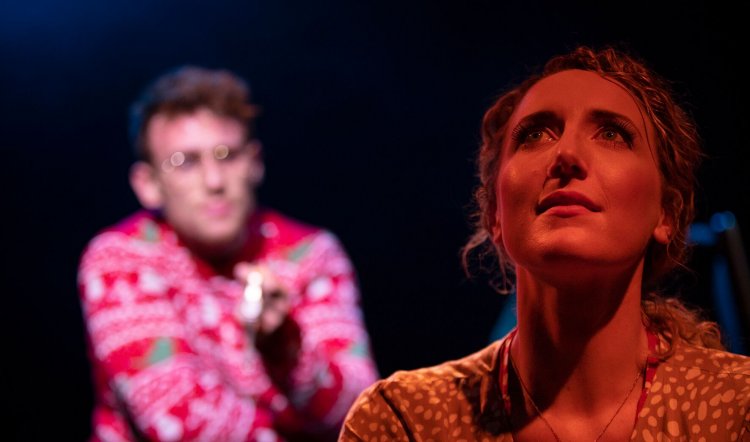 THE LAST FIVE YEARS - THE MUSICAL, Ensemble Theatre, 4-27 April 2019. Photography by Phil Erbacher: above and below - Elise McCann and Christian Charisiou

Jason Robert Brown’s 2002 two-hander-plus-pianist musical The Last Five Years is old enough to have developed a cult following and also to come across as somewhat dated in its attitudes towards women and relationships. The latter could also have something to do with the widely held view that it’s at least partially about he and his relationship with actor Theresa O’Neill. It ended in divorce and, according to the New York Post, a settlement between them, “barring Brown from writing about certain aspects of their marriage.”

As it is, in the show, novelist Jamie Wallerstein (Christian Charisiou) is pretty down on actor wife Cathy Hiatt (Elise McCann) and from the get-go, is tangibly contemptuous of her whingey, clingy ways. This is heightened by the construction of the piece: he tells the story from the beginning while, twirling on another revolve across the other side of the stage, she tells it from five years later when he walks out. So of course, he’s hot to trot and enthusiastic while she’s snivelling and sad.

Brown has been listed somewhere as one of the futures of American musical theatre which doesn’t bode well for the form as he is at best a master of pastiche and otherwise...well. He has said that once he’d thought of joining a band and becoming the next Billy Joel, but Sweeney Todd and Sunday in the Park With George were the two experiences that stopped him. It has to be said: Stephen Sondheim has a lot to answer for. 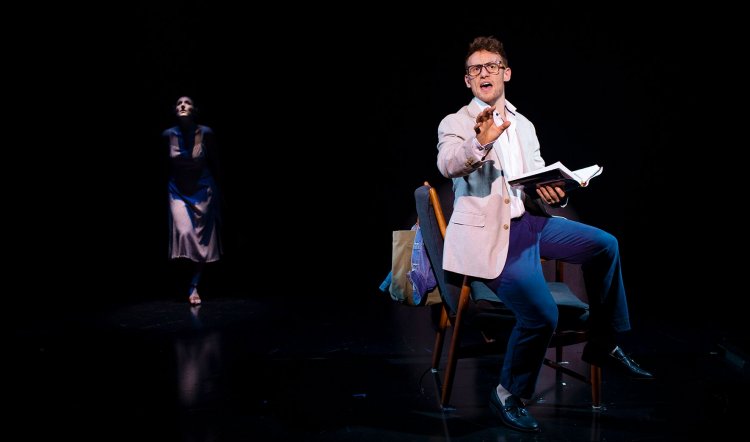 Nevertheless, as said above, The Last Five Years has become a bit of a cult thing in musical theatre, and members were out in force at the Ensemble for the opening night performance. The main cause for joy and whooping is Elise McCann as the damp Cathy. She radiates warmth and optimism, even from the depths of Podunk, Ohio where she’s paying her dues in summer stock.

Meanwhile, on the other end of the phone, Jamie is at home in New York, being lionised and becoming increasingly impatient with Cathy’s steadily withering self belief. (This show’s first outing was a summer season in Skokie, Illinois before commissioning producer the Lincoln Center pulled the plug when the whiff of possible lawsuit hit their nostrils.)

The yawning gulf between the two characters is illustrated by two songs: Cathy’s first is “I’m Still Hurting”, while he has a jaunty number, “Shiksa Goddess” which is all about the things she isn’t, rather than how wonderful he thinks she is. He’s long suffering, she’s a neurotic failure, they’re mostly miserable. The five years during which they symbolically meet and pass in the middle are an interminable 90 minutes. 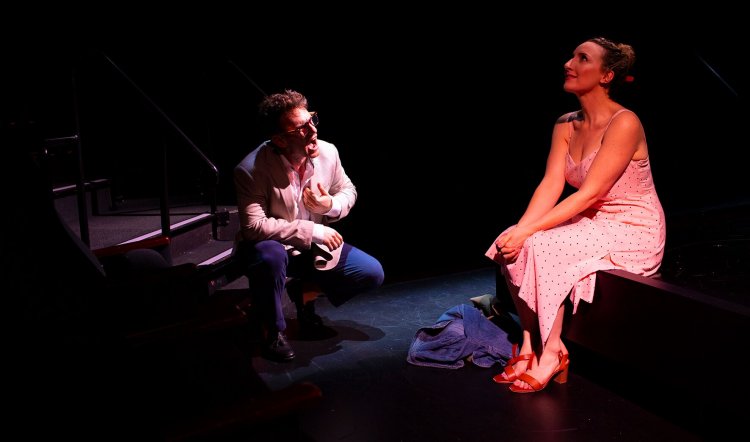 Director Elsie Edgerton-Till seems unable to get a firm grip on the goings-on, perhaps because she’s overly fascinated by the two revolves and forgets to ignore them. And perhaps because it’s a tricky piece and could do with a firmer, more experienced hand. Musical director Daryl Wallis is a superb contributor on the piano and makes the most of the potpourri of a score. But he and the production are hampered by his being stuck in an eyrie away from the action. Having him on stage with the performers and using the piano – instead of the damned revolves – might have helped with focus and dizziness.

As it is, Elise McCann is a shining beacon of meaning, heart and humour and it’s great to be able to experience her up close and personal. Otherwise, it’s for sect members only.