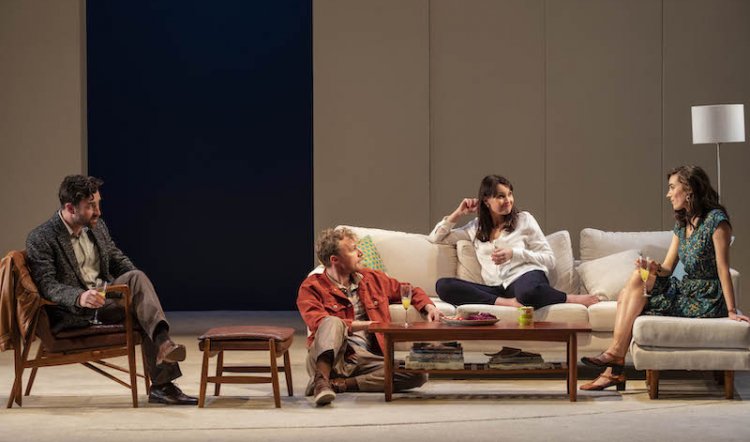 In the ’70s it was fashionable – essential, even – to “get” Tom Stoppard, because it signalled one was smart enough to appreciate his rarified references to all kinds of cultural, philosophical, historical and theatrical tropes. It didn’t matter how esoteric were the linguistic games he played, how arduously labyrinthine the journeys he demanded of audiences. The more he dazzled and confused, the higher his reputation soared – from overnight sensation at the age of 29, with Rosencrantz and Guildenstern Are Dead.

After the runaway success of the 1966 “absurdist, existential tragicomedy”, Stoppard continued confounding and delighting by turn with The Real Inspector Hound, Travesties, then Jumpers. Nevertheless, he was dogged by muttering among audiences and critics alike that he was all head and no heart and too bloody clever by half.

The dazzling word games and recherché themes he played with were the classic tools of the autodidact. Although he was by then quintessentially English, with a country home and passion for cricket, he was a Czech-born Jew whose upbringing was a turbulent mix of refugee, colonial Far East, the WW2 death of his father, then a frightfully British stepfather and English public (private) school education. Consequently his stiff upper lip was artificially stiffened – then he wrote The Real Thing.

This two-act, erudite comedy is about love. Not that he was abandoning the cerebral in favour of the emotional. Stoppard’s approach to love was to ask – what is it? Is it? And so on. Handily, for research purposes, he was already on to his second marriage and, by the time the play was cast for the West End, in a much-publicised affair with one of the show’s leads, Felicity Kendal. The Real Thing opened in 1982 to more acclaim, both popular and critical. 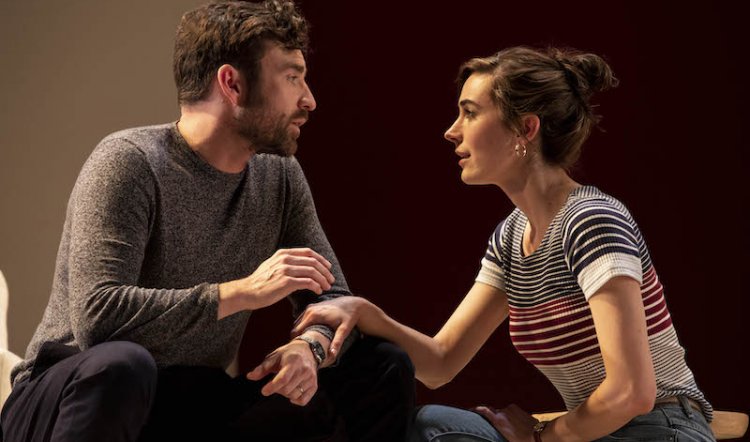 Now, in Australia, almost 30 years on, the play is a bit like the Queen’s tiaras: familiar, jewel-like and foreign. Directed by Simon Phillips  with his trademark light touch, The Real Thing features a successful playwright, Henry (Johnny Carr), who is trying to write a play for his new love, Annie (Geraldine Hakewill). She’s an actress for whom he’s left his wife and is now shacked up with in modernist bliss.

The wreckage they have left behind includes Annie’s devastated husband and fellow actor Max (Charlie Garber) and Henry’s wife Charlotte (Rachel Gordon). There is also their daughter (Julia Robertson) and a young actor (Shiv Palekar) whose infatuation with Annie is something she finds more attractive than is sensible. And finally, after being the topic of many acerbic exchanges and Henry’s derision for most of the play’s two hours, we briefly get to meet Brodie (Dorje Swallow) an ex-soldier, ex-con and would-be playwright championed by Annie.

Because it’s Stoppard, there is meta-theatrics in the form of a play-within-a-play. Strindberg’s Miss Julie signals Henry’s hesitant emergence from his emotional chrysalis, while, Annie and Charlotte get the rough end of the moral pineapple: cunningly revealed as faithless trollops, and ’Tis Pity She’s a Whore is used more slyly than Ford ever intended in the 1620s.

Also because it’s Stoppard, there’s more cruelty beneath the sparkling, apparently genial surface than is at first apparent. Henry’s love of pop is both inverted snobbery and a dig at the cultured middle class – who prefer Callas to The Crystals. He adores Da Doo Ron Ron and insists to Annie that Procol Harum’s original tune Whiter Shade of Pale is way better than Bach’s. LOL. 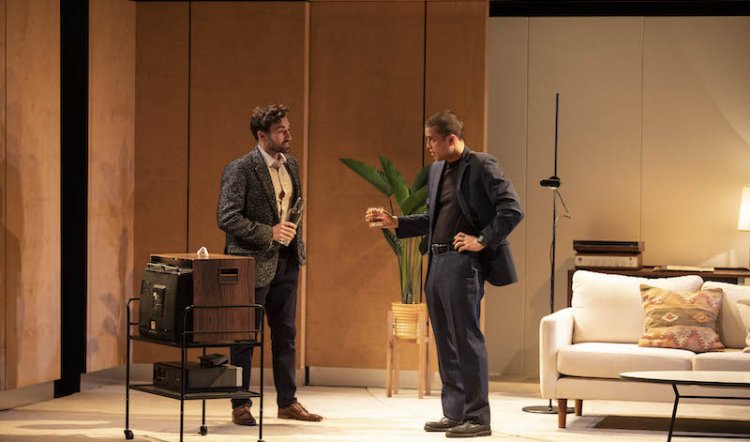 Annie’s efforts to get Brodie’s (dreadful) TV play produced become a tool to ridicule her bleeding heart liberal tendencies; and Brodie is the target of even more ridicule as a stereotypical working class oaf. Snobbery aside, The Real Thing is saturated with zingers, one-liners and assorted clevernesses which are funny but also, in 2019, more archly overdone than previously evident.

Meanwhile, the STC’s production is graced by excellent performances from Johnny Carr and Geraldine Hakewill. They carry most of the weight and clearly understand who they are and where they’re going in a complex comedy of bad manners. Rachel Gordon and Charlie Garber have the unenviable task of maintaining energy and presence even during extended absences. Julia Robertson and Dorje Swallow make the very most of what are really cameo roles. Not sure why they’re all attempting to speak like Noel and Gertie however. The English middle class and its actors stopped that in the mid-’50s and the effect here is inappropriately comical.

The play is still entertaining – and demanding – and the way set designer Charles Davis has resolved the demands for different living spaces, a theatre space and the London-to-Glasgow train is remarkable. Lighting designer Nick Schlieper is integral to its success and composer-sound designer James Brown also adds vitality. If you’ve never seen The Real Thing, this is as good as you’re likely to get.