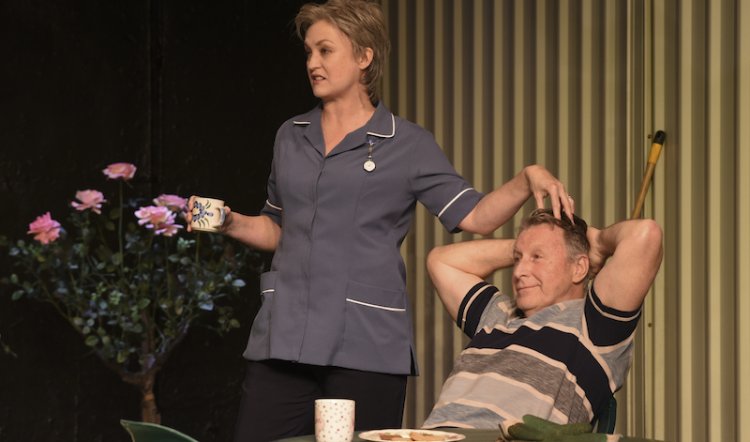 THINGS I KNOW TO BE TRUE - BELVOIR

THINGS I KNOW TO BE TRUE, Belvoir at Upstairs Belvoir, 8 June-21 July 2019. Photography by Heidrun Löhr: above - Helen Thomson and Tony Martin; below -Matt Levett, Miranda Daughtry and Thomson; below again - Anna-Lise Phillips and Thomson

The premiere production of Things I Know To Be True was staged in Adelaide in 2016. It was a co-production between State Theatre Company of SA and the UK’s Frantic Assembly. The latter is renowned for its, “unique physical style...combines movement, design, music and text,” and that’s what we got.

At the time the mix of Andrew Bovell’s rich script and characters with the heightened physical demands (much lifting and swooping around and semi-spookiness) was interesting and novel. Back then I wrote, “It’s a means of signalling ‘other’ states – of mind and being. It’s unexpected and effective and is repeated just often enough throughout to make its point as motif rather than gimmick.” (See archive for full review.)

Now, after catching up with Neil Armfield’s new production, I think I was wrong: dazzled by the colour and movement and exalted visitors; that it was gimmicky and undermined the play to the point where it was distorted out of shape and meaning. Assuming, of course, that the shape and meaning of this Belvoir production is what it should be.

Being enthralled, amused and – finally – moved to tears over the two-plus hours of Things I Know To Be True, it’s hard not to conclude that Armfield’s clear, no-nonsense direction, with its honouring of text and actors alike, is definitely the way to do it. 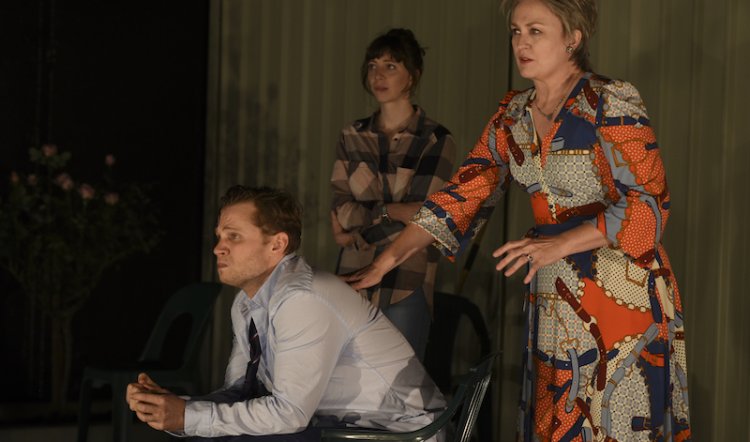 It helps that he has an exceptional cast. Helen Thomson is superb, even by her habitually stratospheric standard, as the internally-eternally furious mother Fran. She is the hub around which four satellites – her adult chidden – orbit, whether they like it or not: resisting her pull is one of the play’s strands. And Tony Martin as Bob, Fran’s husband, is the still water that doesn’t run deep because he’s that emotionally retarded, well-meaning, lovable clod known as “the Aussie bloke”. It’s a joy to see him on a stage again, seemingly effortless in his negotiation of the minefield that is his deceptively peaceful suburban backyard.

The play opens with a late night ringing phone. Bob stares at the receiver, unwilling to press the button. Around the auditorium, the clenching of stomach muscles is almost audible: it can’t mean anything good. But actually, it’s the Price family’s youngest, Rosie (Miranda Daughtry), who introduced herself and her sad predicament and broken heart, while on a gap year trip to Europe.

Armfield dextrously uses the compass points of the Belvoir stage to place all the children – Rosie, Pip (Anna Lise Phillips), Mark-Mia (Tom Hobbs) and Ben (Matt Levett) – in defined spaces at moments throughout the play. It means their individual stories and interactions with one another are clear yet intertwined; and when loneliness, anger or misunderstanding pull one or other family member out of shape it’s also physical – for the audience too.

Stephen Curtis’s set is also a winner. It’s a back yard represented by one of those cracked, green-painted concrete expanses that makes sweeping up the constantly falling leaves an easier chore. On one back wall there’s also the suffocatingly plain Colorbond fence so loved by suburbia, and the whole is relieved, on the other back wall, by a well-mulched bed for Bob’s beloved roses. 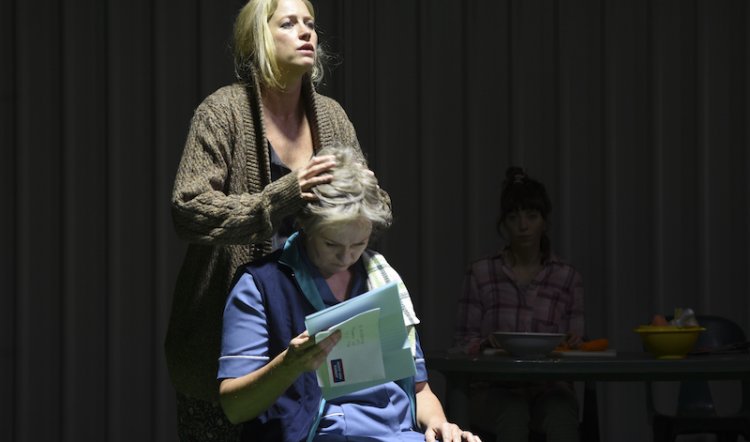 This is where the Price family lives. Bob and Fran have worked hard to pay it off and send the kids to uni. “This yard is the world,” says Pip. “Everything that matters happened here.” And bit by bit, through anecdote and enactment, the “everythings” are illuminated. (Damien Cooper’s lighting, Tess Schofield’s costumes and Alan John’s score also contribute to the lucency, of character, time and place.)

The simple humanity of this family and their lives is, of course, more complex and dangerous than is apparent on the surface. Pip, again, once saw her mother quietly crying while banging her forehead on the leaf-dropping gum tree. “What makes a woman like that cry?” As they all know, thirty-five years a nurse, tough and caustic, nothing makes Fran cry. But, says Pip, now she’s also a mother, “I know exactly why a woman bashes her head against a tree.”

Yet Pip has more than her kids to fret about. Her own career and marriage are in the balance, as are banker Ben’s high-flying ambitions. And the late revelation that younger brother Mark wants to be known as Mia while all are flying the coop contributes to the kind of soul wrench for Bob and Fran that is all too familiar. “It wasn’t meant to be like this,” Bob says plaintively. “I thought they’d be like us. But better than us.”

In short, this is no soft-centred, glib family saga. Rather, it charts a treacherous course between two generations, from blue-collar aspiration to middle class over-reach and, in this spectacular, subtle production, the dynamics and disasters are negotiated with laughter, tears and vivid home truths along the way. Recommended without reservation.